Jörg Immendorff: For all Beloved in the World 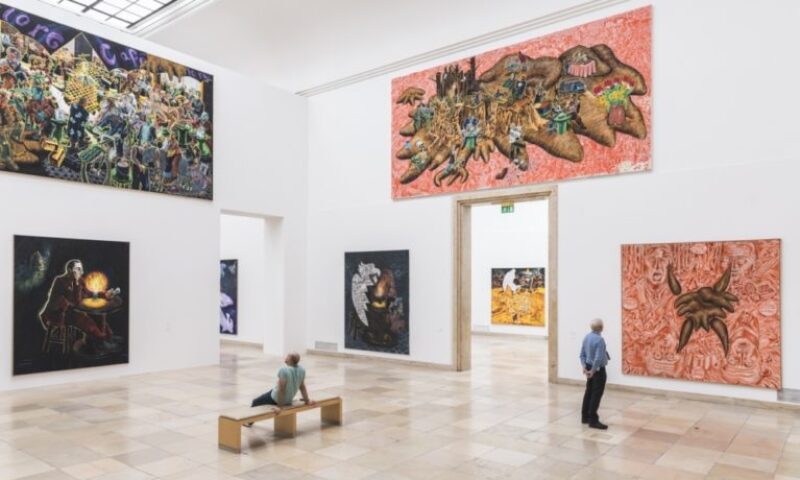 Installation view of Jörg Immendorff: For all Beloved in the World. Haus der Kunst, 2018.

Jörg Immendorff (1945-2007) cultivated his image as an artist and tough guy, but he also had a soft and thoughtful side that can be discovered in the retrospective "For all the Beloved in the World" in addition to his political sense of mission.

In the mid-1960s, as a student at the Düsseldorf Art Academy in the class of Joseph Beuys, Immendorff first slipped into the role of the agitator. The actions of the Lidl Academy, which he developed with his first wife Chris Reinicke, represent love and peace and his desire to change the world, to rebel against the uninspired and uninspiring political policies in Germany. Intuition and creativity were to be liberated through action. ‘Lidl’ is an artificial word created in the tradition of Dada. javascript:void(null);

Later, Immendorff became sympathetic to the ideas of the KPD (German Communist Party). For several years he worked as a secondary school teacher and developed a visual language in which word and image stood side by side on equal footing. His “Accountability Report” is a series of paintings marked by clear pedagogical and political messages.