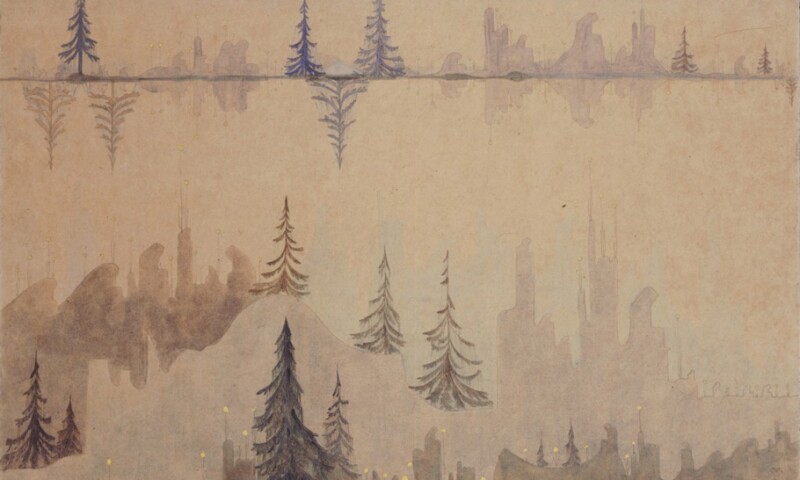 Sound Lines examines the traces of sound in the visual arts of the twentieth century. Curated by Arnau Horta, the autumn exhibition at the Fundació Joan Miró is a survey of the gradual sonorisation of the art object, a process that goes back to the late nineteenth century, especially in painting, and reaches its highest point in the last decades of the twentieth century with the consolidation of sound art. During that time, acoustic phenomena became a constant source of inspiration and a useful tool for a group of artists seeking to renew artistic practice.

Sponsored exclusively by Fundación BBVA, the exhibition identifies the different sound manifestations in the visual arts and offers a chronology of the gradual sonorisation of the art object throughout the twentieth century. Sound Lines examines the role of music as a key factor in painting’s transition from figuration to abstraction through works by Kupka, Čiurlionis, Delaunay, Kandinsky, Taeuber-Arp, Klee and Doesburg, among others. However, the exhibition also addresses the other side of the coin: how, in the mid-twentieth century, many composers looked at the visual arts as a way of counteracting the rigidity of the musical score and composition’s traditional methodologies.