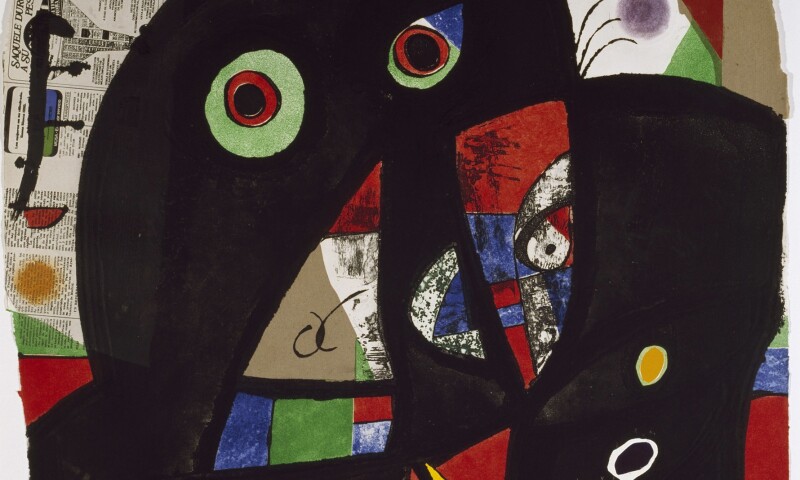 Of all the modernista architects, Antoni Gaudí exerted the greatest influence on the work of Joan Miró. As a young artist, Miró coincided with Gaudí at the drawing classes of the Centre Artístic de Sant Lluc in Barcelona, and although they never met, he always professed great admiration for Gaudí’s work. Above all, he valued Gaudí’s sense of risk and improvisation, the rhythm and structure of his architecture, and his willingness to question procedures and expressive materials. Both men shared a deep love of nature, which they regarded as the driving force behind their creations.

The exhibition is complemented by a series of photographs by Joaquim Gomis (Barcelona, 1902–1991), a famous photographer and a friend of Miró’s. Gomis was a key figure in the promotion of Gaudí’s work. In 1952, he founded the Association of Friends of Gaudí, of which he was the first president. Such was his admiration for the architect that he published various photography books called fotoscops, based on Gaudí’s work. His images of architectural details evoke the forms later applied by Miró to his own sculptures.