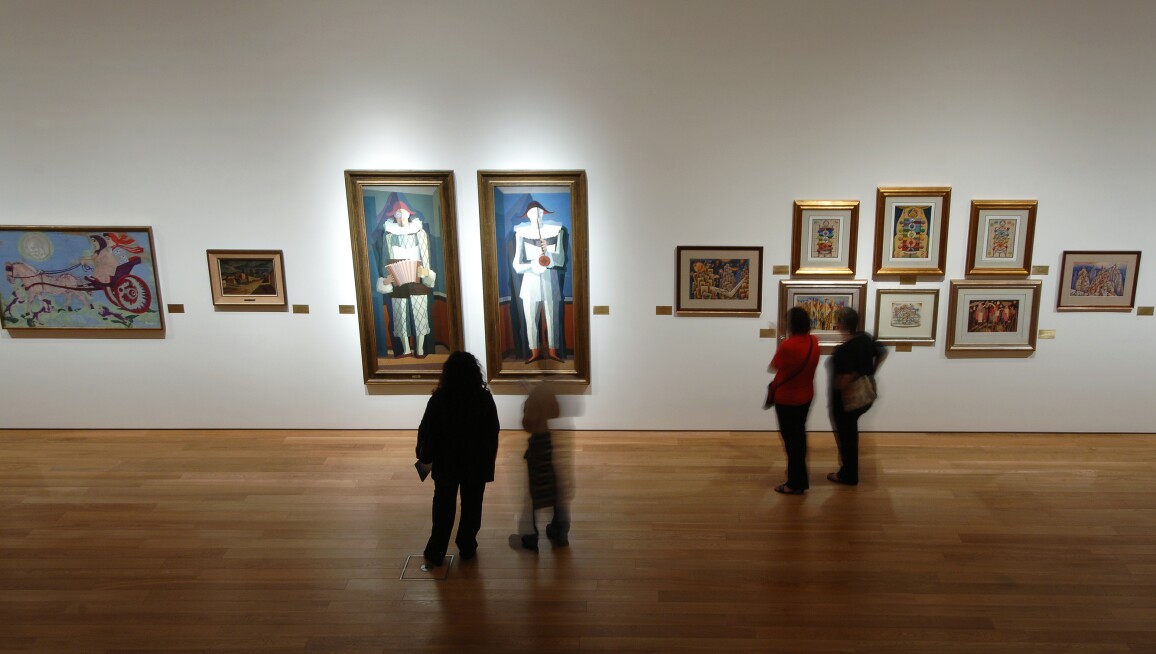 This collection was assembled by Mrs Amalia Lacroze de Fortabat, who, moved by her interest in art and culture, over the years amassed an important group of works by prestigious local and foreign artists.

New York City-based Rafael Viñoly Architects designed the building that houses the Colección de Arte Amalia Lacroze de Fortabat. The exhibition rooms, as well as the public, private and service areas are situated among six rectangular floors, which are oriented parallel to the dock; and the building's design fits in with the character and scale of the Puerto Madero neighbourhood.

The collection opened to the public in October 2008 and is displayed in two main groups according to its origin: The first offers a window into Argentine art, while the second presents international masters.

Some highlights of its 19th- and 20th-century Argentine art holdings are Apartando en el corral and Los Capataces by Prilidiano Pueyrredón, La resistencia and El indeciso by Emilio Pettoruti, and El almuerzo by Antonio Berni. Among the international masters, the finest examples are El censo en Belén by Flemish artist Pieter Brueghel II, and Juliet and her Nurse by J.M.W. Turner. These works are the collection's most valuable pieces, which occupy privileged space on the second ground floor; they are, without a doubt, two major attractions for visitors.

In August 2012, the museum initiated a new phase by organizing exhibitions of Argentine masters, and the founder’s patronage toward Argentine art continues today with these series of surveys that delve into the country's rich artistic history.