Please note: International Shipping is not available for any Hong Kong Wine and Spirit Sales.

The Generations 80-Years-Old from Glenlivet Distillery

S otheby’s is proud to present the world’s oldest whisky: An 80 Year Old Single Malt Scotch from Glenlivet Distillery that has been bottled by Gordon & MacPhail.

This whisky, distilled in 1940, has been cared for by the G&M family for decades, and has finally been bottled through a collaboration with internationally acclaimed architect and designer, Sir David Adjaye OBE. Adjaye designed a unique decanter and oak case around the theme ‘Artistry in Oak’ – a fitting tribute to this landmark moment for the industry – in which to house this inimitable spirit.

“When collaborating, I am looking for like-minded partners in terms of their craft, beliefs and traditions. I loved Gordon & MacPhail’s rigour and obsession with their products and their craft – a romantic commitment that enables one to do exceptional things. Our partnership felt so organic.”

On 7 October, Sotheby’s will offer Decanter #1 of the Gordon & MacPhail Generations 80-Years-Old release with an estimate of HK$800,000-2,000,000. This special lot will include a singular whisky tasting experience for four in London, conducted by Gordon & MacPhail’s Director of Prestige, Stephen Rankin and attended by Sir David Adjaye, in addition to the framed original cask head of Cask 340 which cradled the spirit for eight decades, and a one-of-one signed lithograph of Sir David’s original, concept drawings.

As part of their release of 250 decanters, Gordon & MacPhail is supporting a local charity, Trees for Life whose mission is to rewild the Caledonian forest. Proceeds from the sale of Decanter #1 will be donated to resource the Trees for Life nursery which grows 100,000 rare, native trees, including oaks, from seed each year.

February 3rd 1940 was to become a landmark day in Scotland’s liquid history, when George Urquhart – from the second generation to own the company – had the foresight and vision to lay down spirit from Glenlivet Distillery in a bespoke Gordon & MacPhail oak cask to be enjoyed after his lifetime by future generations. When the tree harvested to make Cask 340 started its life, Queen Victoria was a newlywed, Tsar Nicholas I ruled Russia, and Abraham Lincoln was a young lawyer practising out of Springfield, Illinois. The cask reached Scottish shores in 1940, as World War Two raged in Europe, having initially held freshly pressed grape juice, then newly fermented wine, before being emptied and filled with mature Sherry for bottling in the UK.

“Joining forces with Gordon & MacPhail to auction the first 80-year-old whisky is a very special moment for us. It is an incredible feat to have matured a whisky in oak for 80 years and appropriate that it is a Glenlivet cask from Scotland’s first licensed distillery. As such, it feels only fitting that two companies with such long histories are collaborating to present the world’s oldest whisky.”

George Urquhart passionately believed that each cask needed to be left to reach its full potential, and only when the whisky was deemed ready should it be shared. The optimum time for Cask 340 was to be 80 years – longer than any other Scotch whisky in history. Adding an extra layer of rarity to this release, in 1940 the Ministry of Food cut malt whisky distilling by one third to ration barley for the war effort, and production of Glenlivet fell by two thirds. On 5 February 2020, the decision was taken to bottle the cask’s bounty, which had been nurtured over eight decades by four generations of the Urquhart family.

Integral to the whisky-making process, oak is also the traditional symbol for celebrating an 80-year anniversary and was therefore a fitting choice of material for the case. In his own words, Sir David Adjaye’s design “pays tribute to the role oak plays in transforming liquid into an elixir with almost magical properties” and brings the narrative full circle – the light refracted through the pavilion-like enclosure when the casing is opened recreates sunlight as its shines through oak trees within a natural forest setting.

“Maturing a single malt Scotch over eight decades is an art, similar in many ways to architecture where you are creating something that needs to stand the test of time. Both Sir David and Gordon & MacPhail share a commitment to invest in the future. We both see the significance of creating something exceptional; leaving a legacy for future generations.” 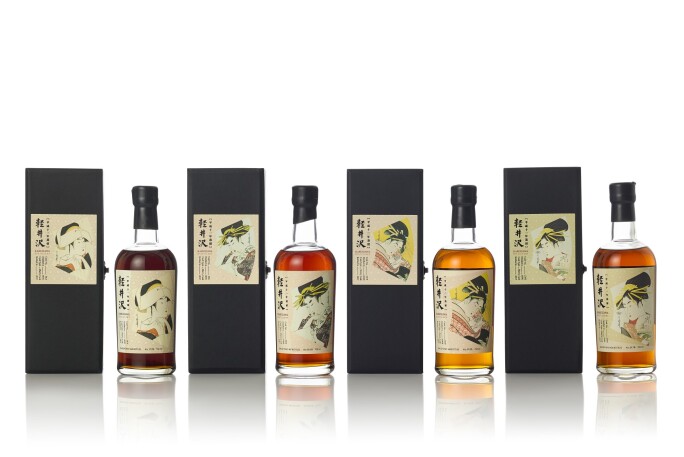 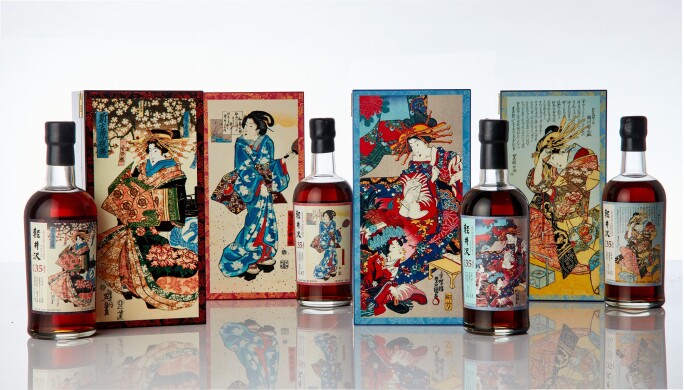 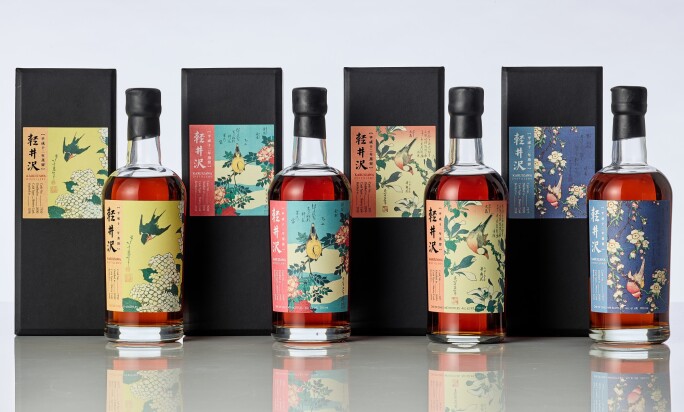 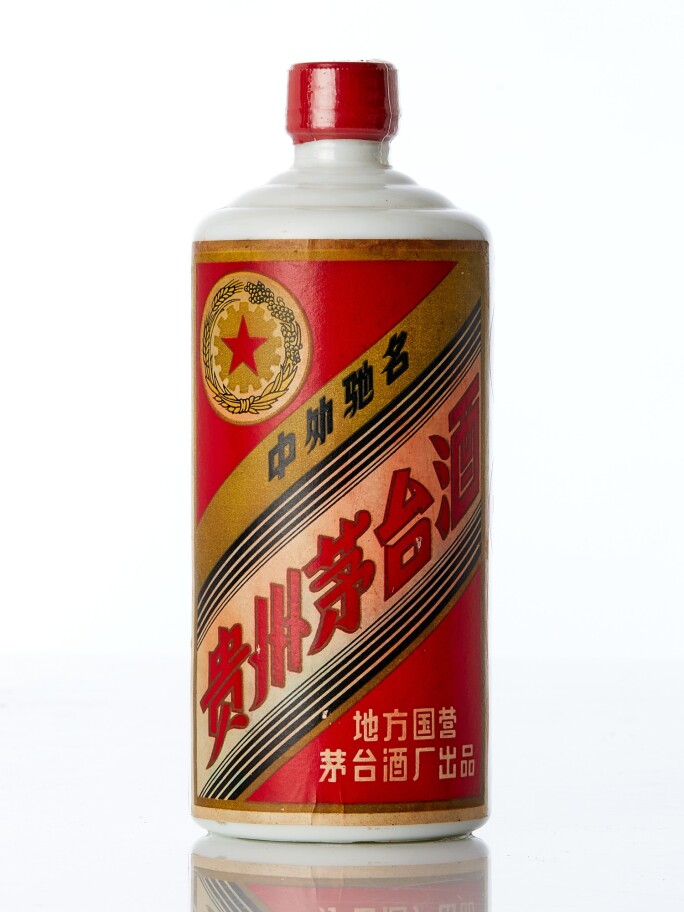 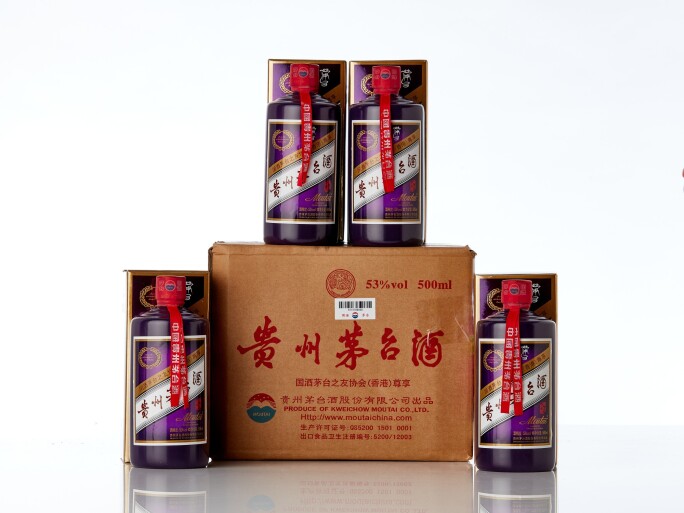 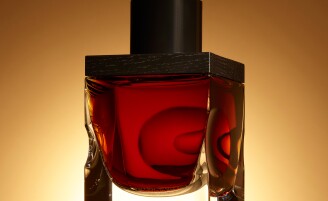