S otheby’s New York is pleased to present a plethora of modern and vintage timepieces and clocks this March. Of special note is one of the most desirable and rarest Heuer Seafarer wristwatches to have ever come to market. To the best of our knowledge, only four Reference 2446 have been known, with the present model becoming the 5th. We are honored to offer this well preserved, vintage timepiece on behalf of the family of the original owner. In good company, our sale celebrates tool watches from brands including Breitling, Heuer, Omega, and Rolex.

Featured as lot 14 is a stainless steel Rolex Paul Newman Daytona. Only in production from 1965 to 1969, the Rolex reference 6241 was made in a very limited quantity of approximately 2,700 pieces. Of this total production, a limited number was fitted with the ever desirable Paul Newman dial. The lot is presented in very good condition, with original lumes, bezel and hands, retaining an attractive and lightly patinated dial.

Highlights also include a Patek Philippe Reference 3800 complete with its original cork box and papers, a striking F.P. Journe Automatique Lune 2 'Havana,’ with an International Guarantee card dated 2021, a fine and early yellow gold Audemars Piguet Royal Oak with bracelet, and more. Completing our sale is a curated celebration of sparkling lady’s watches which can be found from lots 104 -112.

A STAINLESS STEEL CHRONOGRAPH WRISTWATCH, CIRCA 1968

O nly in production from 1965 to 1969, the Rolex reference 6241 is one of the rarest and most desirable variants of the Daytona series, having been made in a very limited quantities of approximately between 2,700 and 3000 pieces. Like its sister reference the 6239, the case is a Non-Oyster case, with pump style pushers and a Valjoux 722, but unlike the 6239 with its steel bezel, the 6241 wears a black acrylic bezel giving the reference a slightly larger and more contemporary appearance. Of all the 6241’s made, only a very limited number were fitted with an exotic dial, later becoming known as the 'Paul Newman' 3 color dial. These highly prized ‘exotic dials’ were available in black with white sub dials and white with black sub dials and are characterized by their 3-dimensional qualities, with accentuated steps between the out track and the main dial plate and pronounces steps down to the 3 sub-dials at 3, 6 and 9 with square markers in the chronograph scale and subsidiary dials.

This present example is presented in excellent overall condition, with all the lume plots intact having aged consistently and retain a uniform size. The dial is very good condition with a creamy patina and the slanted “T Swiss T” designation at 6 o’clock clear and visible (particular to references 6239 and 6241). The case, in original condition retains its proportions and classical presentation with pump pushers and original black acrylic bezel. The numbers between the lugs remain very crisp and easy to read. The condition, making this Paul Newman reference 6241 a very appealing and original example. making this one to the most desirable configurations of the ‘Paul Newman’ Daytona.

RETAILED BY ABERCROMBIE & FITCH: A STAINLESS STEEL CHRONOGRAPH WRISTWATCH WITH TIDE INDICATION AND REGATTA COUNTDOWN, CIRCA 1963

D avid Abercrombie Founded his Eponymous brand in 1892 before joining forces with financier Ezra Fitch in 1900 to create the brand, Abercrombie & Fitch. The self-styled, “Greatest Sporting Goods Store in the World” was originally located on Broadway in New York and offered the highest quality sporting equipment for those interested in outdoor pursuits such as hunting, fishing, climbing, driving, flying and sailing. Their client list, a Who’s Who of the era’s great and good included, amongst others, Howard Hughes, Ernest Hemingway, the Duke of Windsor, Amelia Earhart and Presidents Roosevelt, Hoover and Einsenhower, with their 1950’s flagship store on Madison and 45th contained a shooting range, a roof top pool large enough for fly and bait casting lessons and resident golf pro.

The Abercrombie/Heuer relationship began in the mid 1940’s, with Abercrombie commissioning sporting style watches, primarily 3 register Chronograph’s such as the Ref 346 based on Heuer’s existing range of high end and robust models.

Subsequently, Abercrombie requested Heuer produce a watch specifically for their fishing clientele based on the 1930’s ‘Solunar Theory’ that suggests the best time of the day or month for fishing can be dictated by the position of the sun and moon. Despite the challenges, and with the assistance of a school age Jack Heuer and his high school physics teacher, Heuer produce the colorful ‘Solunar’ model with tide indicator. Whilst the Solunar represented a commercial failure for Heuer and Abercrombie, the were undeterred, deciding that the addition of a chronograph function could broaden the appeal of the model. To do this, they had to modify a manually wound Valjoux 72 movement to incorporate the high/low tide indicator with the chronograph, and re design the dial, replacing the running seconds at 9 with the tide indicator.

The ‘Seafarer’ as it was called went through 10 different versions until its retirement in the mid 1970’s. Of these 10 variants, the first, the Ref 346 with syringe hands and 37.5mm case with screw down case back is rarely seen, but the most elusive, desired and iconic is this current example, the Ref 2446. Housed in Heuer’s robust Autavia case introduced in 1962, the Abercrombie Ref 2446 featured a screw down case back, rotating bezel graduated for hours and minutes, silver/blue dial, dauphine hands with thin lume and a water resistance rating of 330 feet. Produced somewhere between 1962 and 63 and in a limited run thought to be less than 25 in total, the 2446 is the rarest of the all Seafarers and Heuer’s.

To the best of our knowledge, only 4 Ref 2446 have been known to the market, with the current example becoming the 5th. This recently discovered unicorn comes directly from the family of the original purchaser. The original owner, an avid outdoor pursuer, fisherman and camper purchased the watch at same time he purchased his first home In Norwalk, CT in 1962. On his passing in the mid 1980’s his son inherited it, storing it in a desk draw for safe keeping. The recent passing of the son, and subsequent home clearance by the grandson has resulted in this exciting discovery. Presented in remarkably original condition, it is possibly the best example of a Ref 2446 Seafarer to come to the public domain. It retains is original dial, hands movement and unpolished Autavia case proportions. The dial, virtually free of blemish has aged gracefully and beautifully, with a consistent creamy patina to the main dial and a slight halo effect found around the stick marker.

Sotheby’s is proud to offer this amazing example of one of the most desirable and rare Seafarer’s to have ever come to market.

T he legendary Argentinian football icon, Diego Maradona passed away this past November, leaving behind an incredible legacy as one of the greatest athletes of all time. A prodigy from an early age, Maradona joined Las Cebollitas (The Little Onions), achieving a 136 game winning streak before the age of ten. Achieving recognition in Europe and Latin America, Maradona soared with the Argentinian national team in World Cup appearances in 1982, 1986, 1990, and 1994. He made history in the Argentina v England quarter finals match of the 1986 FIFA World Cup achieving the famous Hand of God goal. Maradona was victorious for Argentina in the 1986 World Cup in Mexico, and was a recipient of the FIFA Player of the 20th Century award, and Diamond Konex Award.

Maradona’s larger than life personality was present off the playing field as well. A sensational tabloid celebrity, Maradona was often captured wearing luxury jewelry and watches on both wrists. He became a brand ambassador for Hublot in 2010 and produced several limited editions donning the bright blue Argentina colors and the Maradona name. The present lot is said to have been a piece unique made especially for the icon himself. Maradona is pictured on numerous occasions donning this very watch with his likeness to the case back! 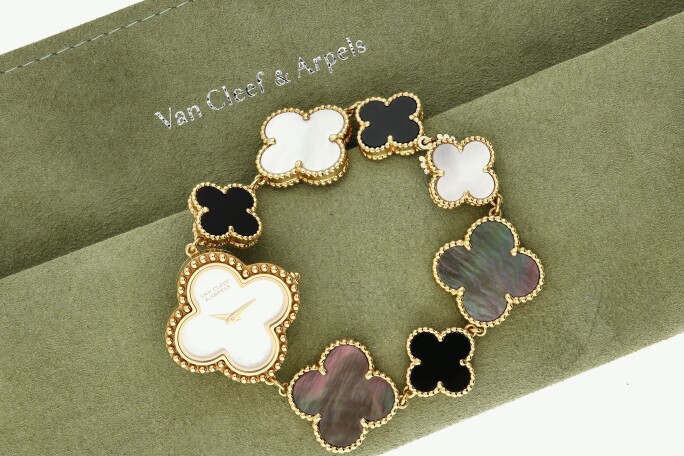 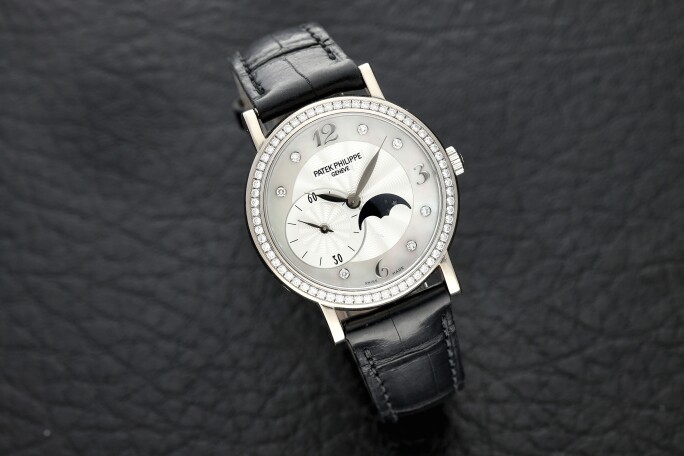 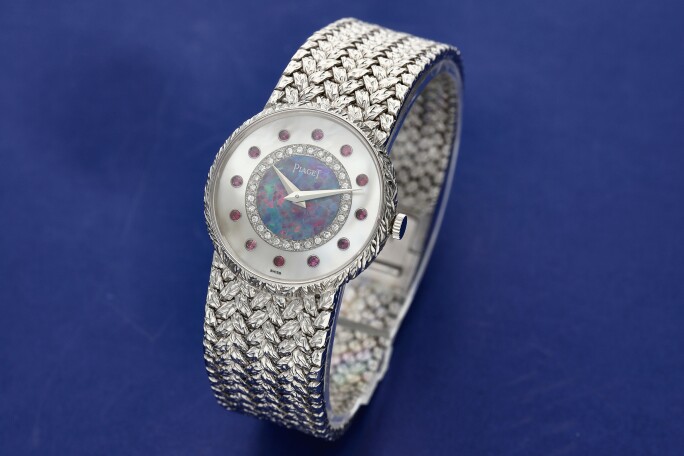 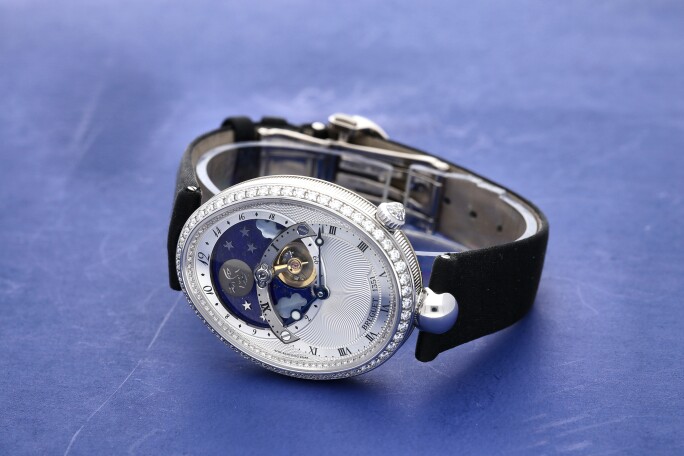 
G irard-Perregaux launched the Constant Escapement L.M. at Baselworld in 2013, putting into production an extraordinary feat of engineering and new technology while celebrating their venerable heritage.

Achieving constant force is widely considered a holy grail of horology. A standard portable watch is powered by a balance spring, but the power exerted diminishes as the spring unwinds. As early as the 16th century, the fusee and chain was developed solely to counteract this inconsistency in the distribution of force. In 1999, F.P. Journe released his own constant force device, the remontoir d'égalité; the remontoir, or small spring, stores and releases a fixed amount of energy to the mainspring creating a more stable distribution of energy throughout the power reserve of the watch.

While these inventions created solutions outside of the escapement, Girard-Perregaux has integrated the mechanism within the escapement itself. A silicon escapement spring with a horizontal blade measuring only 14 microns thick is attached directly to the escapement. The silicon blade continuously distributes its own force through the snap back effect produced by the pure nickel escape wheels below.

The endeavor would have been wholly impossible without the introduction of silicon. Within the dial, this silicon escapement flickers and shines an entire spectrum of spectacular colors, making this watch feel even more futuristic. The lore behind this feat of ingenuity places Nicholas Dehon, then a watchmaker for Rolex, at a train station idling with his train ticket between his fingers. Realizing that the stiff card always bends into a C and snaps into place inspired the Constant Escapement L.M. we see here. 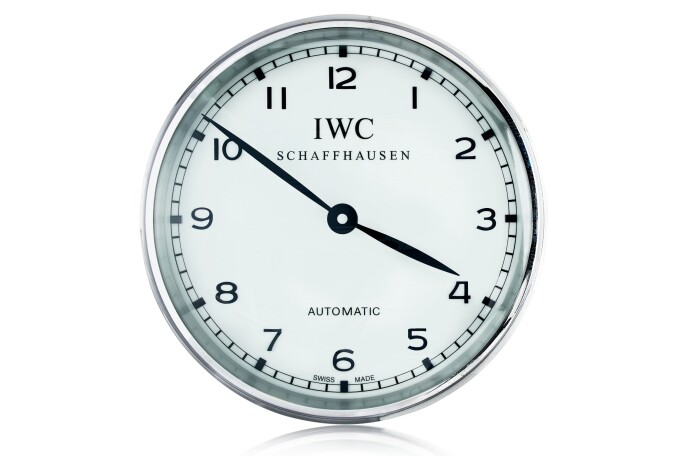 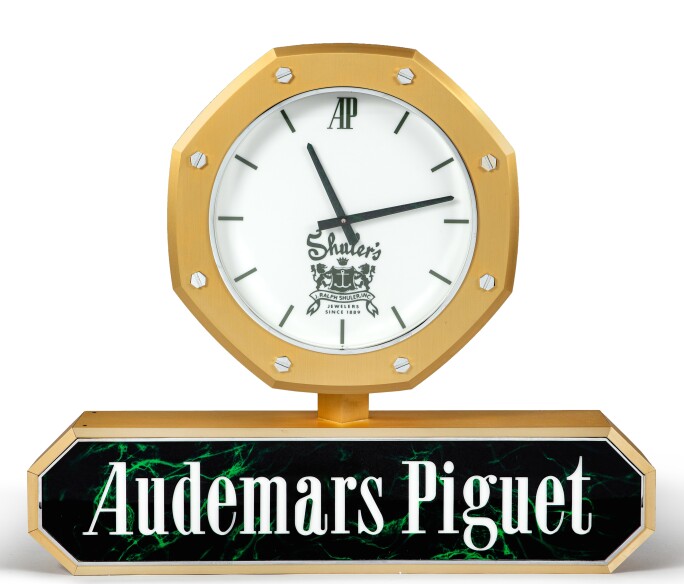 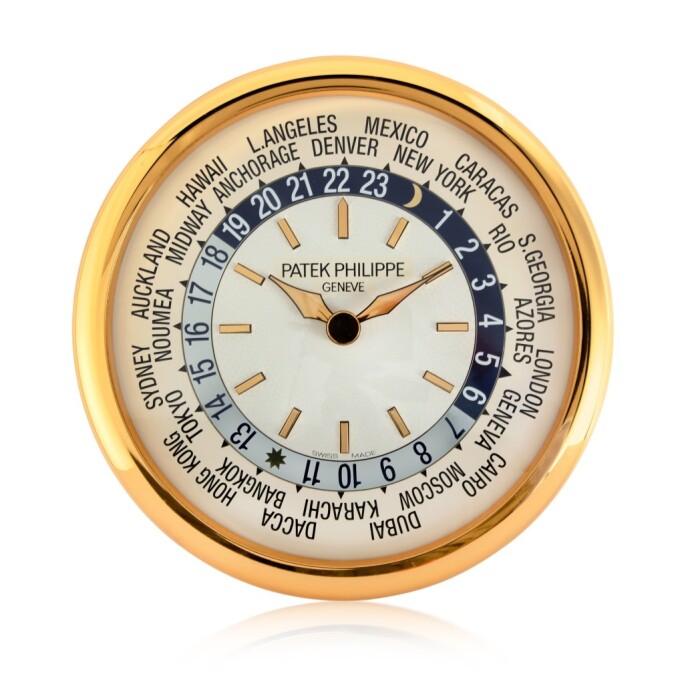 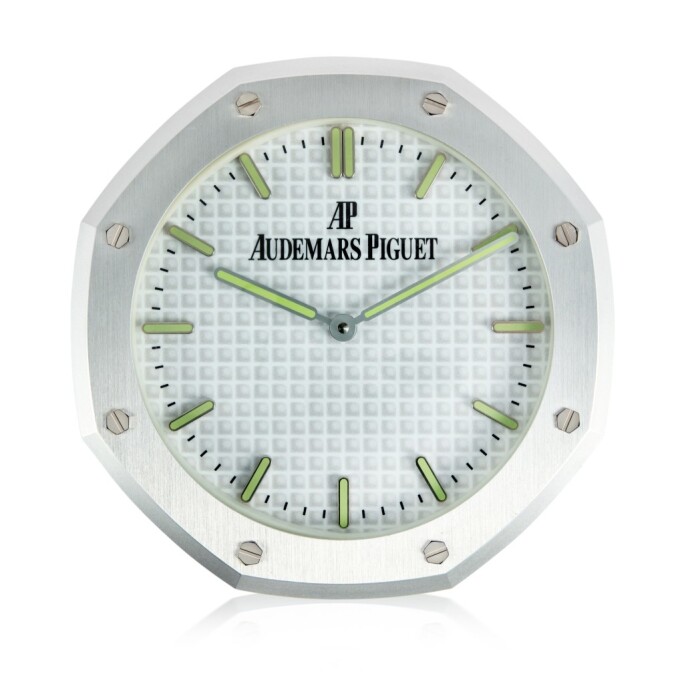 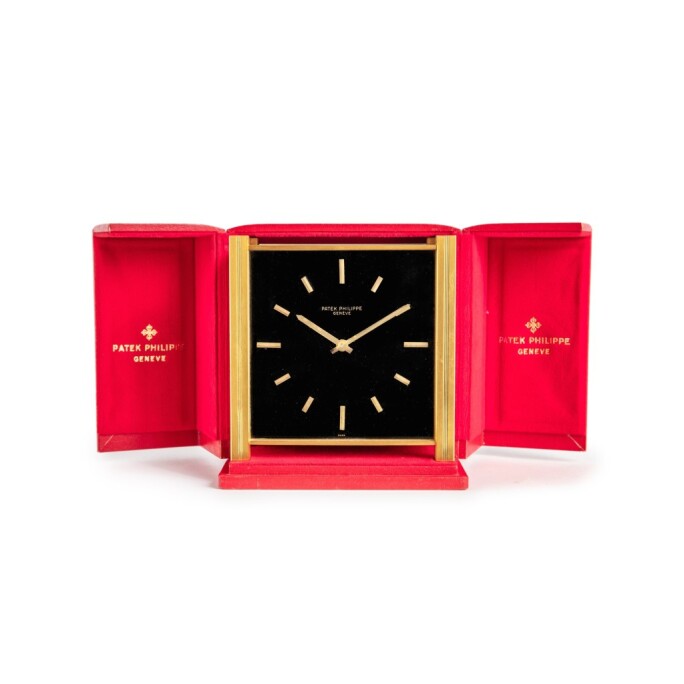