S otheby's is thrilled to launch its inaugural spirits auction in France, the first of a regular series of spirits sales in Continental Europe. This expansion will mark the fourth major international selling center for Sotheby’s Wine & Spirits alongside its established locations in London, New York and Hong Kong, and cements France as an integral region for whisky collectors in Europe and beyond.

France has historically had a strong connection to Scotland, not least since 1295 when the Auld Alliance was formed between the two Kingdoms to deter invasion by the English. Today, the French consume more whisky per capita than any other country.

Leading this historic sale is a bottle of the magnificent The Yamazaki 50 Year Old, offered at auction for the first time in over two years, alongside a carefully curated assortment of The Macallan, including The Fine & Rare series, arguably the most sought after and collectible Scotch whisky series ever bottled.

The Yamazaki Distillery was established in 1923 becoming Japan’s first malt whisky distillery. Since its humble beginnings, the brand has gone on to be one of the most popular and sought-after across the world and due to its rich history and careful management, now has the ability to bring out incredibly long-aged releases.

Having spent over half a century in the finest Japanese Mizunara oak casks, the spirit is deep and rich, with a luxurious spice imparted from the wood. Bottled at an impressive 57% abv, the character and body of the whisky is retained due to the high alcohol. The bottle itself is etched with exquisite detail on the front, and comes housed in a handmade dark wooden box, separating it from the first two releases. The capsule is covered in Japanese washi paper and tied with red and gold cord.

Scarcely seen on the secondary market, this will be the first time the bottle has been sold at auction for over two years.

The Soul Place: The Origin of Yamazaki

The remainder of the sale is made up with highly coveted bottles from the most collectible Scotch brand, The Macallan, ranging in age from 21 years to over 75 years old.

The Macallan 50 Year Old in Lalique is the first edition of the Six Pillars Collection, originally released in 2005. The first and most sought-after release from the series, only 470 decanters were produced. The whisky itself is dark and rich in colour with notes of prunes and chocolate, and just a touch of peat smoke.

With not one, but two of these extraordinarily rare whiskies included in this auction, Sotheby’s inaugural spirits sale in France offers the opportunity to complete the Lalique Collection in the form of the most difficult to obtain release of them all.

In addition to these two bottles, is a more recent release which also happens to be the oldest bottle of The Macallan ever brought to market, The Macallan The Red Collection 78 Year Old, released in 2020. Part of the Red Collection, a six-bottle series, this whisky is housed in a wooden presentation case constructed using the same wood to make The Macallan casks, with each bottle hand numbered.

The Red Collection: A Dream of Old Since 1824

Completing the sale is no less than six bottles from The Macallan Fine & Rare series, dating back to 1937 and as old as 49 years. The series is considered amongst the most desirable of all Scotch whiskies and very few collectors own the complete set. Sotheby’s set the world record price for a bottle of Scotch whisky back in 2019 when a bottle of The Macallan Fine & Rare 60 Year Old 1926 was sold for almost £1.5m. 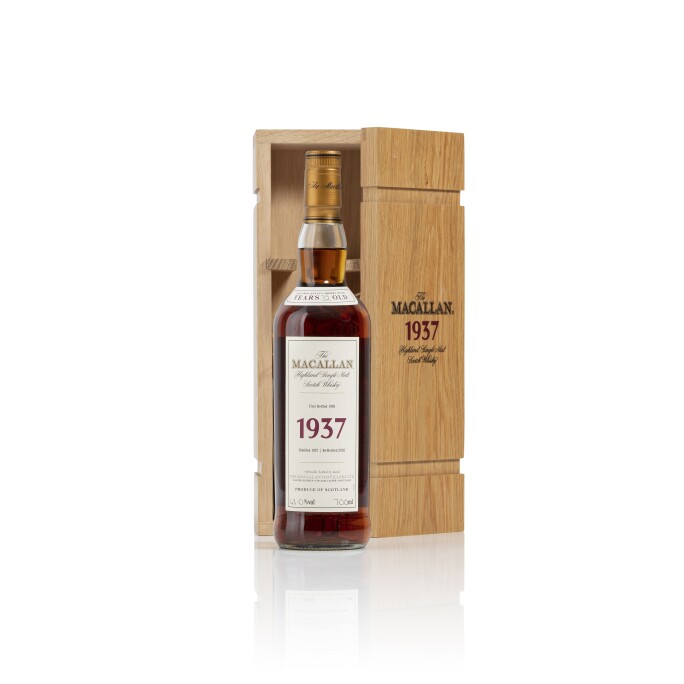 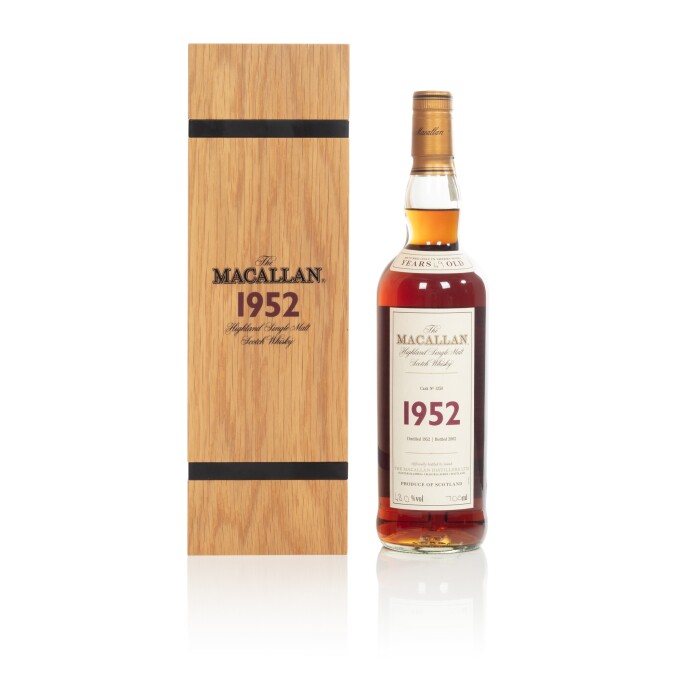 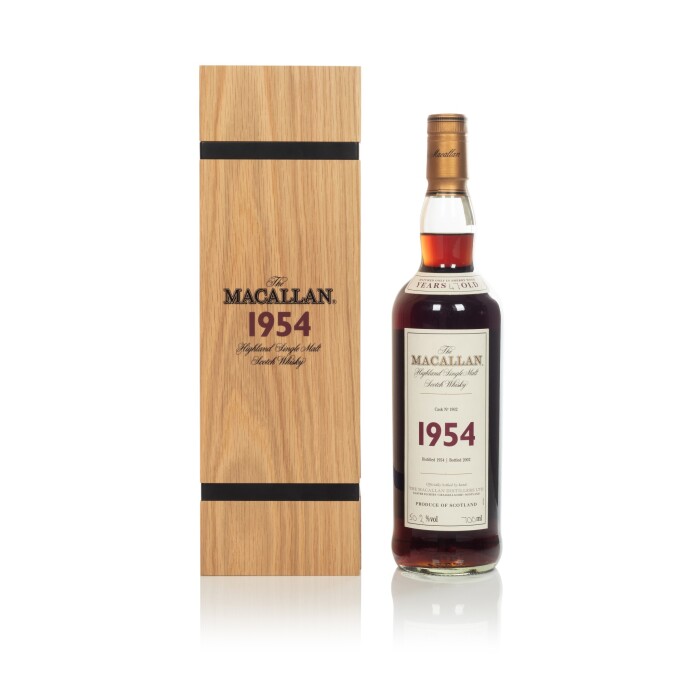 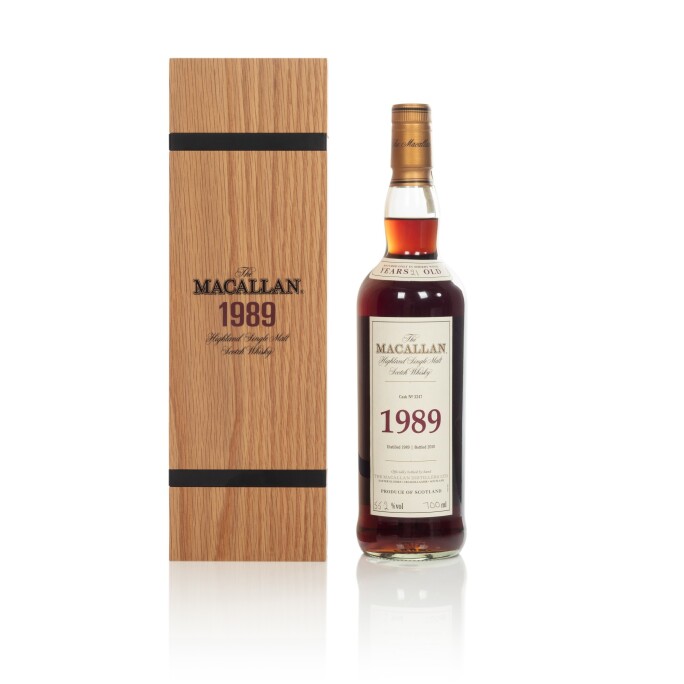 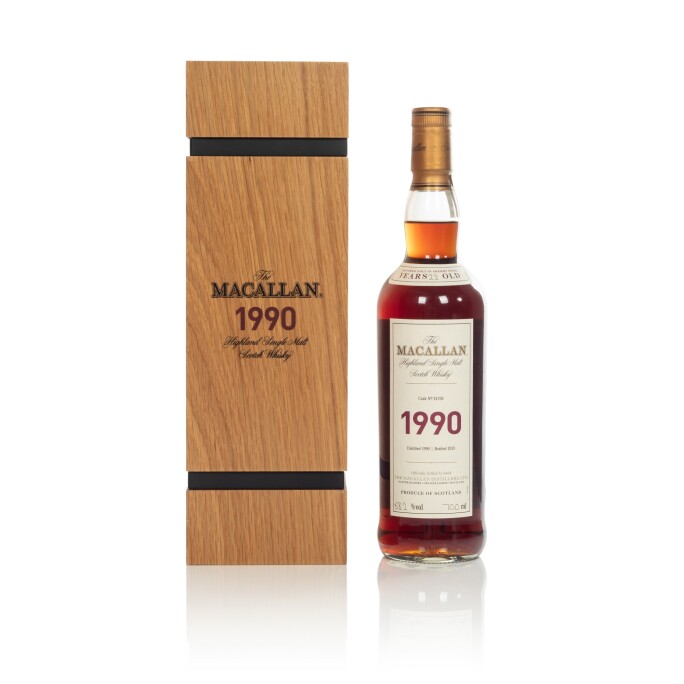 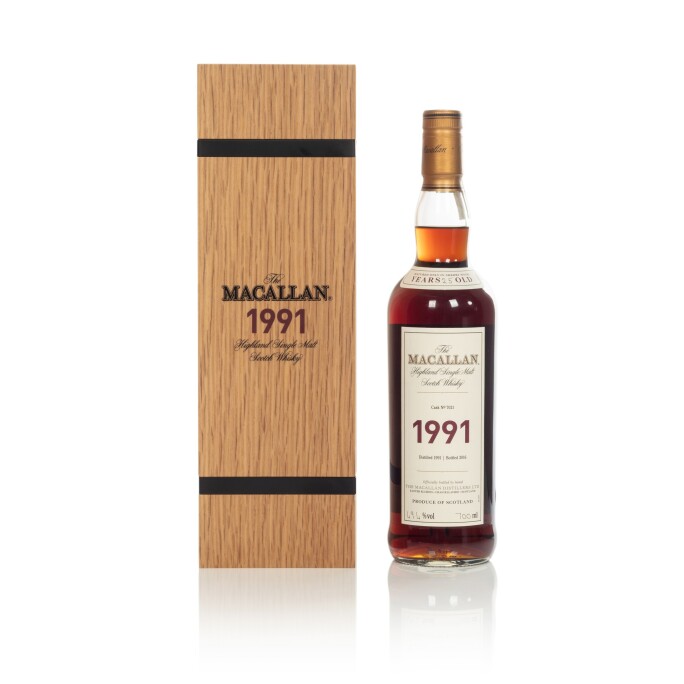