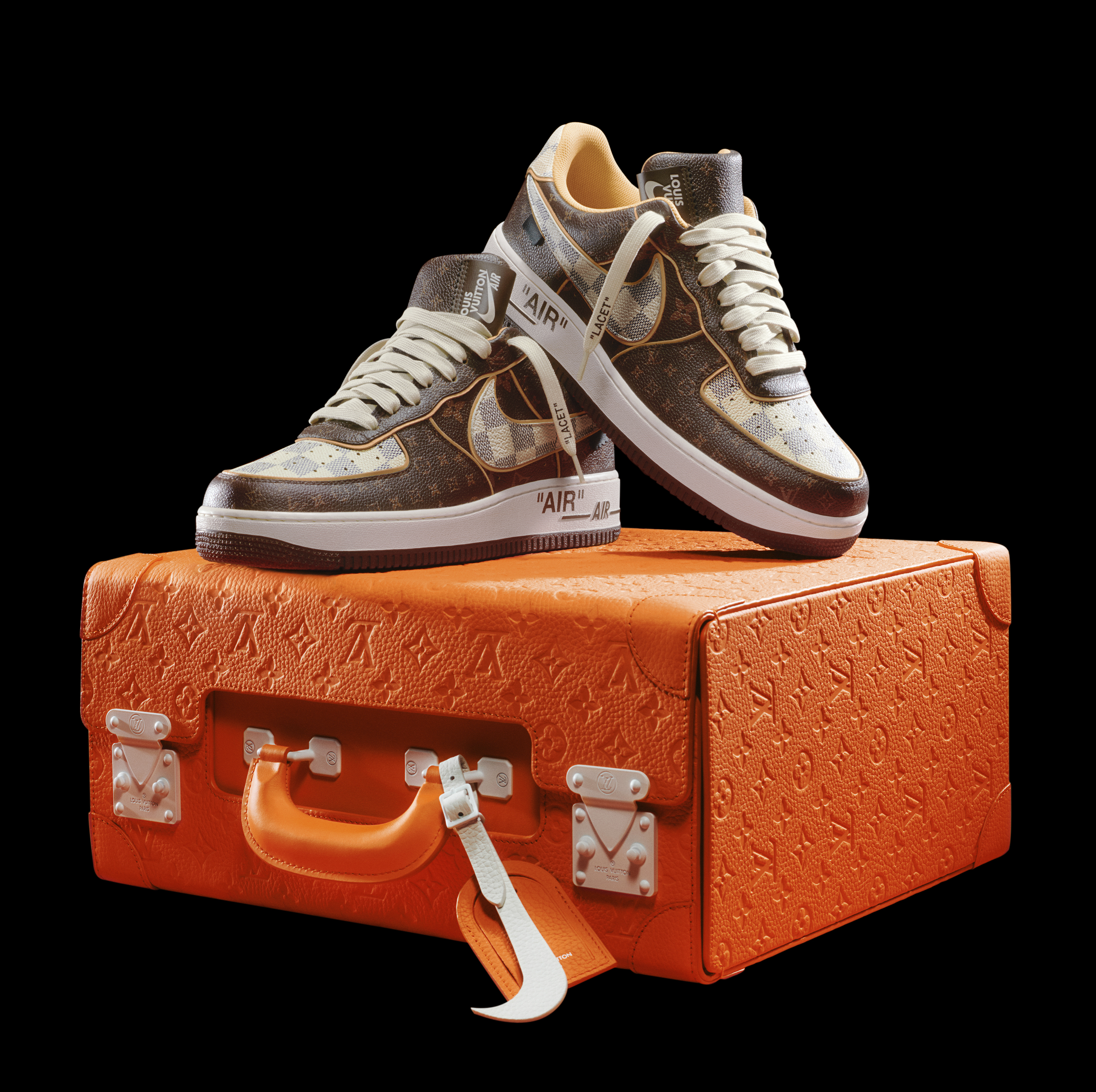 The sneakers are in deadstock condition with their original packaging.

The condition report and catalouge note for this lot have been updated.

The Louis Vuitton and Nike expression of the “Air Force 1” by Virgil Abloh.

The Nike Air Force 1, celebrating its 41st year, was designed in 1982 and is one of the most successful and iconic shoes ever created. On the occasion of the Louis Vuitton Men’s Spring-Summer 2022 runway show, Virgil Abloh collaborated with Nike to design 47 pairs of bespoke Air Force 1s, fusing the trainer’s classic codes with the insignia and materials of Louis Vuitton in homage to the hip-hop culture that shaped him.

The sneakers were made with materials employed in Abloh’s Louis Vuitton men’s collections, and styled with his signature quotation marks, echoing the written graphics Abloh often used in his work. The individual styles designed for the show were made by Louis Vuitton in its shoe manufacture in Fiesso d’Artico, Italy.

The sneakers (limited to 200 total pairs), entirely made in leather, were embellished with Louis Vuitton’s emblematic Monogram and Damier patterns with natural cowhide piping. Each pair came with a Louis Vuitton pilot case, also from the Louis Vuitton Spring-Summer 2022 collection, which was reinterpreted from the Maison’s archive in an iconic orange colorway and made of Monogram Taurillon Leather. The pilot case features Louis Vuitton’s classic S lock closure in white metal finishing and includes a luggage tag in the shape of the Nike Swoosh. The pilot case adapts to every shoe size, based on an internal cushion system. It was sold exclusively with this pair.

In this size – 7 – only 20 pairs were produced by Louis Vuitton. The fit is true to other Nike Air Force 1 models.