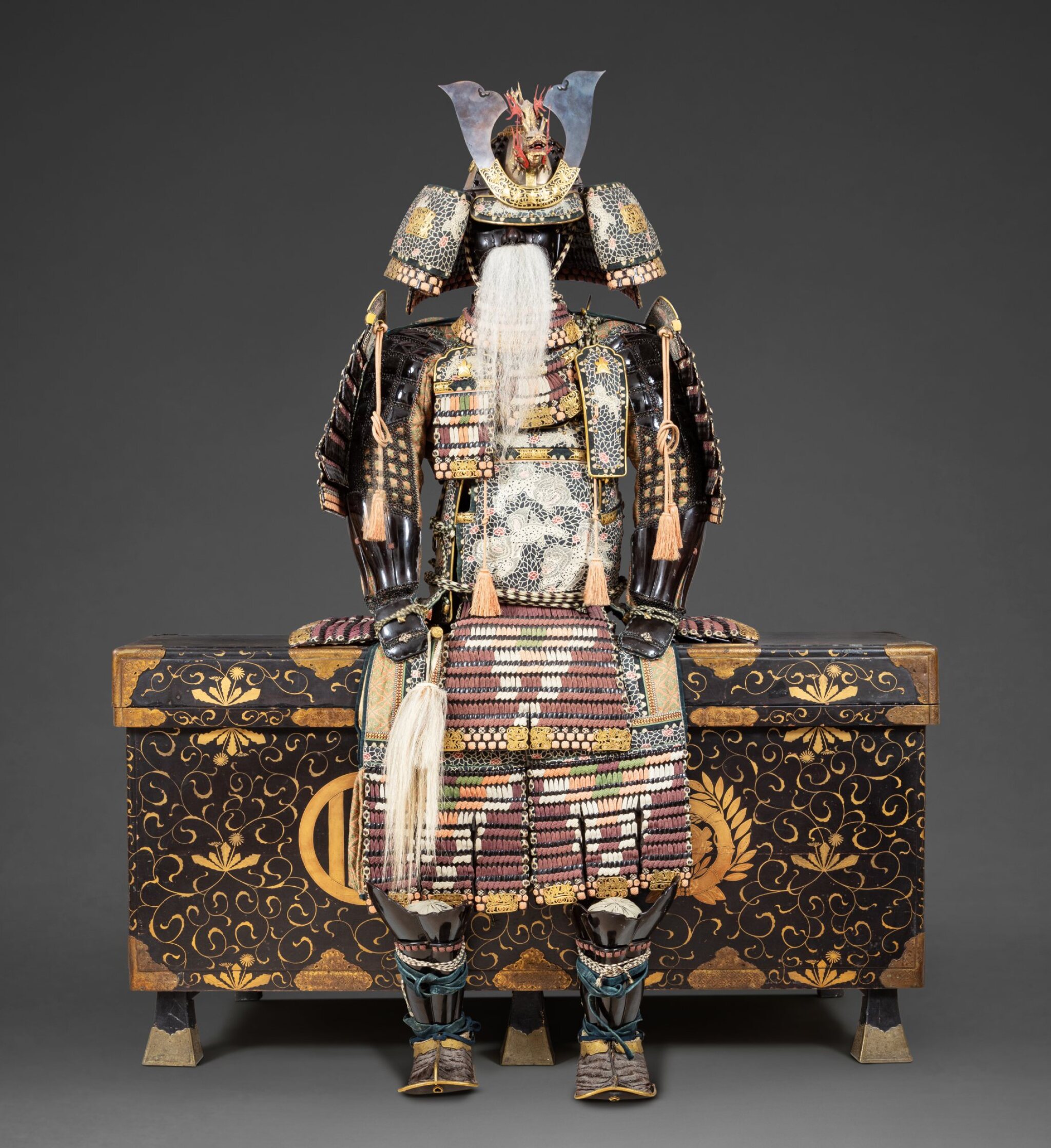 Overall the armor is in the fine condition, there are a few minor chips to the top edges of the lacquer lamellae in a few places, there are some slight marks to the lacing, otherwise good condition, the top panel to the nagamochi is slightly worn and scratched, consistent with age and use of the object, the top has a crack running across the chest due to shrinkage which is typical, the edges around the close-fitting cover with some chips. The interior with paper lining and some alterations to the sides. There is some wear to the rectangular base, and some wear to the copper-gilt fittings with a few pins missing.