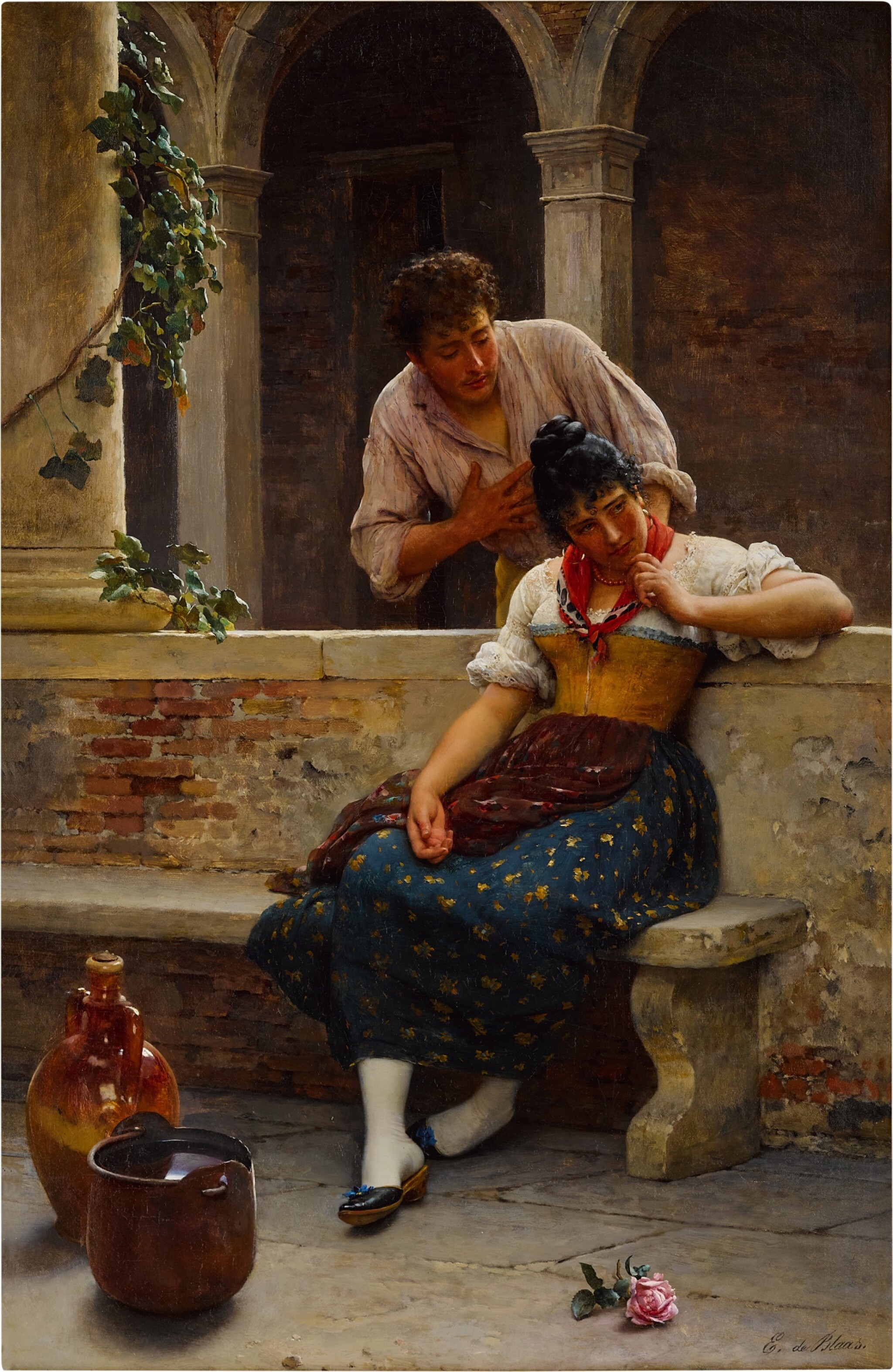 Born into an Austrian family of artists in Rome, Eugen von Blaas’ father Karl was a renowned historical painter and professor at the Venice Academy of Fine Art, while his younger brother Julius painted military scenes and horses and, like Eugen, also became a professor at the Accademia in Rome. Detaching himself from the more serious subject matter of his father’s and brother’s compositions, Eugen is best known for his depiction of Venetian women in everyday life.

Narrative and playful, often seductive and flirtatious, Eugen’s portraits of Venetian beauties were often painted on panel and executed with captivating liveliness. Their striking youth and tender beauty were rendered with almost photographic realism. While swift brushstrokes are used to depict the famed Burano lace and fabrics, the softer tones of the flesh are handled more carefully and although the artist painted quickly, the compositions are highly finished and precise. Often using old walls or and stonework as backdrops, the youth of the depicted models contrast with their backgrounds of old Venice, almost untouched by the fast-paced changes of the Industrial Revolution.