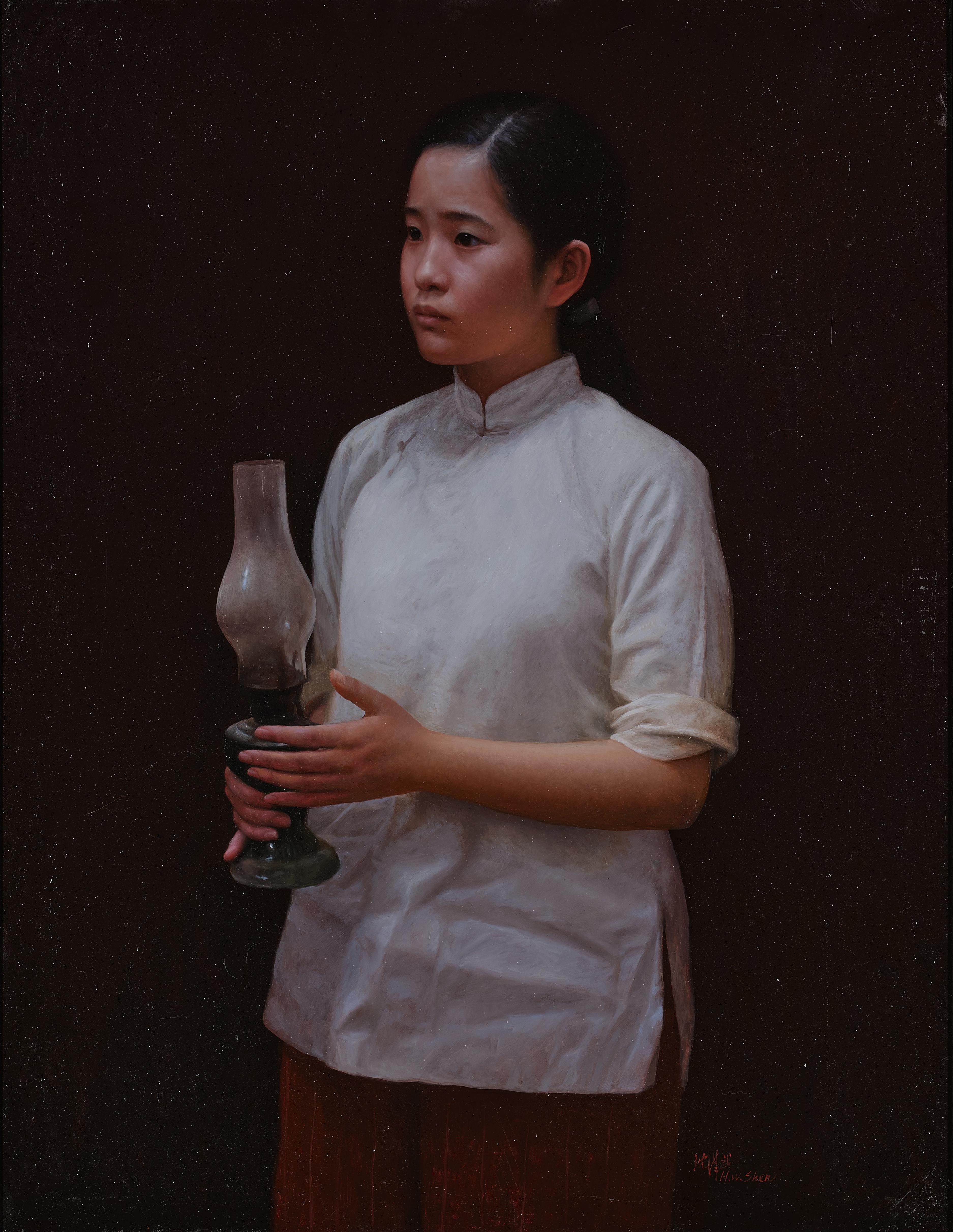 For further information on the condition of this lot please contact audrey.brennan@sothebys.com

Shen Han Wu is an accomplished oil painter working in the realist tradition. His portraits are drawn from everyday life in the Chinese countryside rather than idealized subjects: “If the unusual and the exceptional cause surprise and even shock, then I prefer the everyday. Whenever I think of the countryside, the mountain villages, streams and chimney-smoke, I think of those simple, kind people. They start work at sunrise and at sunset come home to rest. They work very hard and live side by side with nature; they are ordinary people but in their eyes you can see something which moves you.”

Shen Hanwu began painting in June of 1970; by the following year, his work appeared in several publications and exhibitions in China. He became a member of the Association of Artists of Hubei in 1979. In May of 1980, he entered the Electronic Education Center at Huazhong Normal University as an artistic designer. His focus at the time was the creation of illustrated story books. In addition to obtaining orders from many provincial publishing houses, he also had his works published in national professional periodicals for which he was recognized throughout China as an illustrator. Shen was an editor for the literary periodical Changjiang literature and Art from 1984-86 and later at the Hubei Fine Art Publishing House. In June 1986, he entered Wuhan Art Academy and became a professional artist. Having passed the national examinations, he entered Hubei Art Academy in 1987, majoring in oil painting and graduating in July of 1989.

In 1990, he changed the orientation of his work to painting in oil, and since then, his works frequently have been exhibited in national fine art exhibitions in China. In 1995, Shen became a member of the Association of Artists of China. He held three one-man shows in Hong Kong, in 1995, 1998 and 2000. The works were highly praised and have been acquired by collectors from Europe, America and Australia. Han Wu Shen held the position of professional oil-painting artist at the Wuhan Art Academy before immigrating to the United States in 2003.