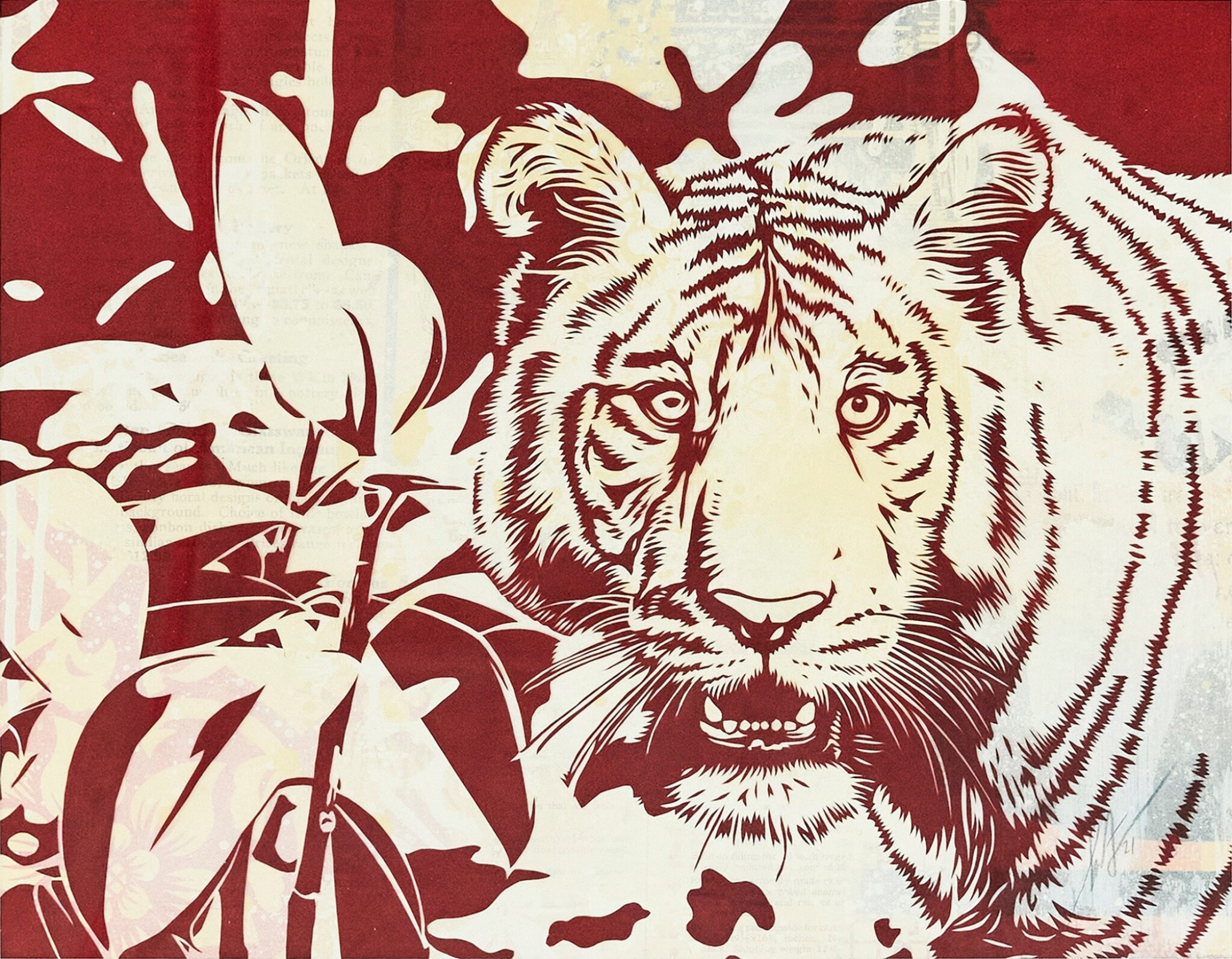 Grace and Power Under Pressure

Over half of the Earth’s biodiversity has disappeared in the last 50 years alone. Many beautiful creatures are gone forever, and each loss erodes the foundation of our ecosystem. I hope this illustration can be a reminder for us to value and protect these magnificent animals as well as keep in mind the importance of biological diversity to a healthy planet.

ABOUT SHEPARD FAIREY (US)

Shepard Fairey was born in Charleston, South Carolina. He received his Bachelor of Fine Arts in Illustration at the Rhode Island School of Design in Providence, Rhode Island. In 1989, he created the "Andre the Giant has a Posse" sticker that transformed into the OBEY GIANT art campaign, with imagery that has changed the way people see art and the urban landscape. After more than 30 years, his work has evolved into an acclaimed body of art, including the 2008 "Hope" portrait of Barack Obama, found at the Smithsonian's National Portrait Gallery.