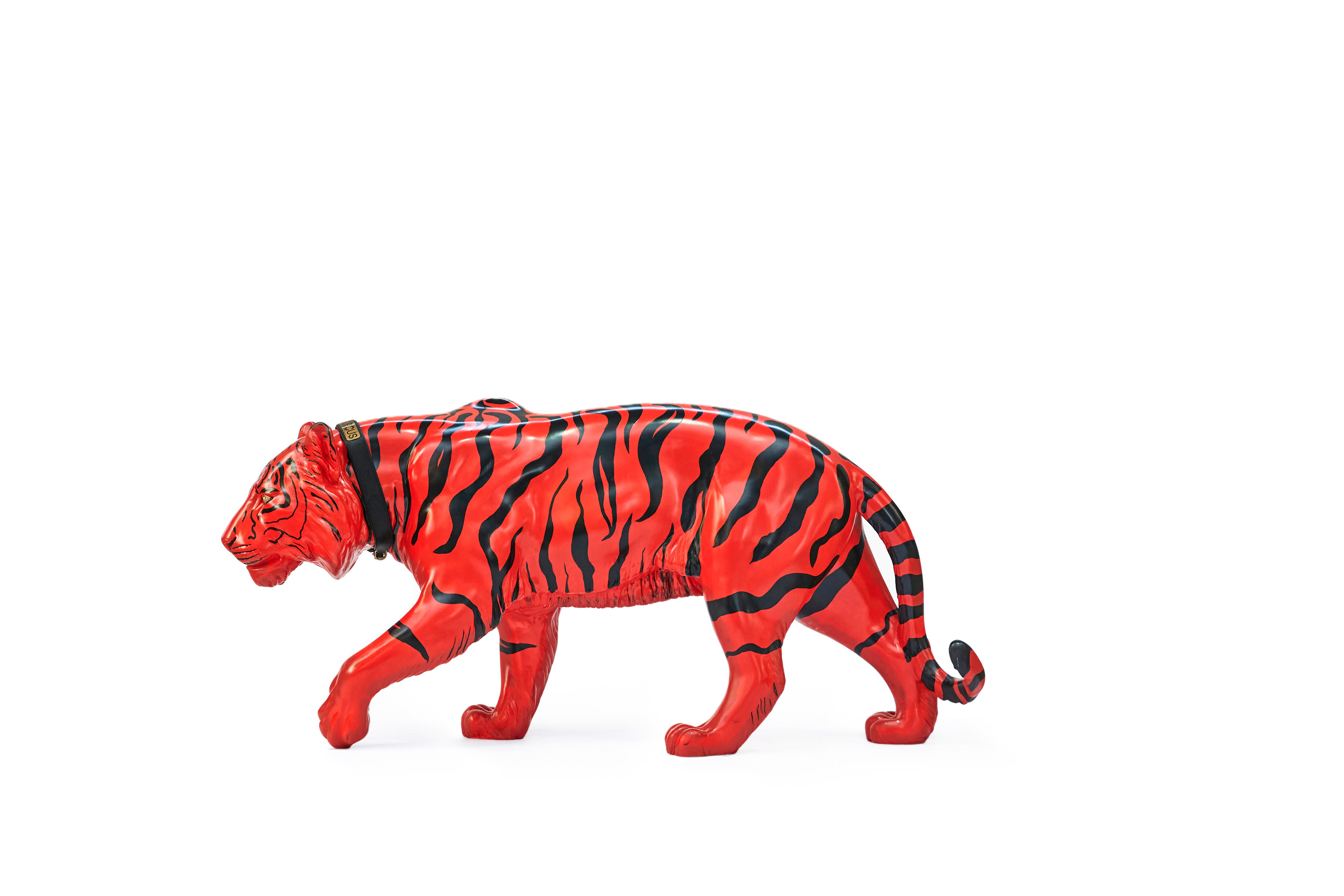 Life is not a Circus

Humanity is a very slow moving piece of highly engineered machinery which, as usual, instead of reacting at lightning speed, takes so long to get anything done that it requires a joint effort. Apart from the obvious difficulties of getting a few billion people to act in unison, the lack of empathy and consideration is so rampant nowadays and makes the task more and more difficult. The tiger is just another victim, but ultimately the real victims are going to be our future generations.

Born in Milan, Mauro Perucchetti was painting and sculpting from a very early age. His first major body of work, which was instigated by the medical research of that time on Cloning, explored the dilemma between cloning and religion and medical ethics. Perucchetti decided to use Jelly Babies as a representation of cloned human beings. From that point, he became unique in his use of pigmented resin, which became a signature of his work which has been seen in many collections and institutions worldwide.