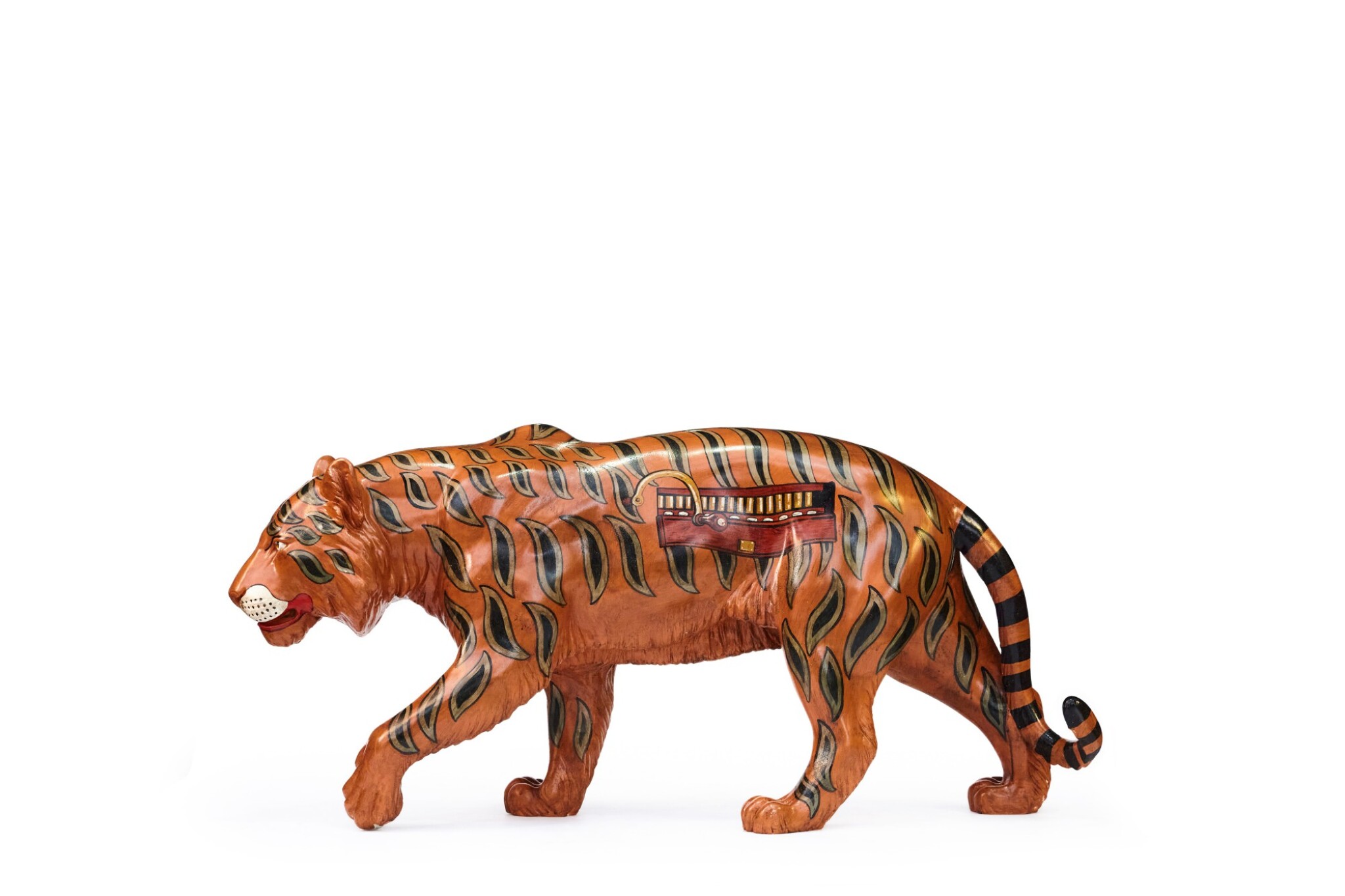 The Return of Tipu’s Tiger

The original ‘Tipu’s Tiger’ is one of the most popular exhibits at The Victoria and Albert Museum where it has lived since 1799 when East India Company troops stormed Tipu Sultan’s summer palace and sent it to London. Freed from the dusty confines of the museum this tiger looks as if he’s been cooped up for a rather long time and is ready to roam. The idea behind the creation of ‘The Return of Tipu’s Tiger’ is to reinforce the notion that the tiger belongs in the safety of the wild not the safety of the museum and that the real work of the WWF in the field liberates The Tiger from cartoonish trappings.

Adam Dant studied Fine Art Printmaking at The Royal College of Art, HDK Berlin and MS University, Baroda, India. From his studio by the walls of the City of London he has gained wide renown for his epic narrative ink drawings and ‘mockuments‘ which detail the myths and status of London’s Financial and historic heart. Adam Dant’s work is exhibited internationally and is in the collections of Tate Britain, MOMA, New York, Deutsche Bank, UBS, Musee D’Art Contemporain Lyon, HRH The Prince of Wales, The Museum of London and various other public and private collections.