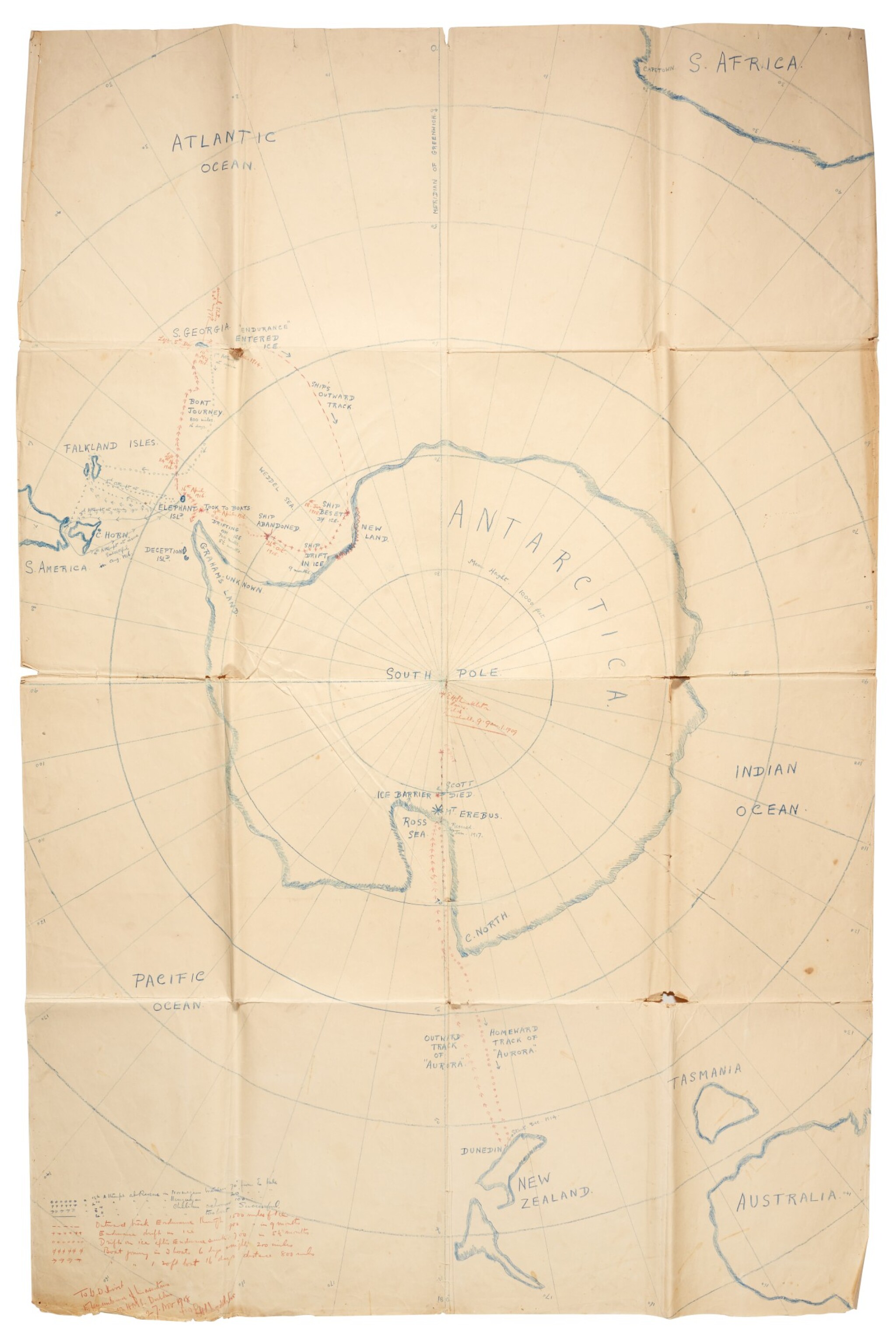 Large manuscript map of Antarctica with routes relating to the expedition of 1914-16, drawn and signed by Shackleton with a presentation inscription dated 27 November 1918

A VERY LARGE MANUSCRIPT MAP OF ANTARCTICA HAND-DRAWN AND ANNOTATED BY SIR ERNEST SHACKLETON, principally recording his epic Antarctic expedition of 1914-1916 and the heroic rescue of his crew. The aim of this expedition was to cross the continent with a sledge party to be landed by the Endurance in the Weddell Sea, while another party in the Aurora was to lay depots into the interior from their base at McMurdo Sound in the Ross Sea for the trans-polar party. Shackleton and his polar party would find these depots, which contained supplies sufficient enough to allow completion of the trek.

The various tracks on the map (accompanied by an explanatory key) tell the story of what actually happened. The Endurance was beset by ice and drifted for nine months before Shackleton abandoned her and drifted on the ice for a further five months eventually reaching the uncertain safety of Elephant Island. It was from here that Shackleton made his epic open boat trip in the James Caird (now preserved at Dulwich College) to South Georgia in an effort to bring help to those left behind. After three abortive attempts the remainder of the party were rescued. Shackleton then went to New Zealand and proceeded to McMurdo Sound in the Aurora to bring back the depot-laying party.

The First World War was still in progress and many of those rescued were sent to the front to assist with the war effort. In 1918 Shackleton was appointed by the War Office to take charge of winter equipment on the North Russian Front, supporting the North Russian expeditionary force. In November of that year Shackleton sailed with General Maynard from Murmansk for London on the cruiser HMS Dublin. Shackleton was a seasoned lecturer and this map may have been drawn by Shackleton to illustrate a talk during that voyage.