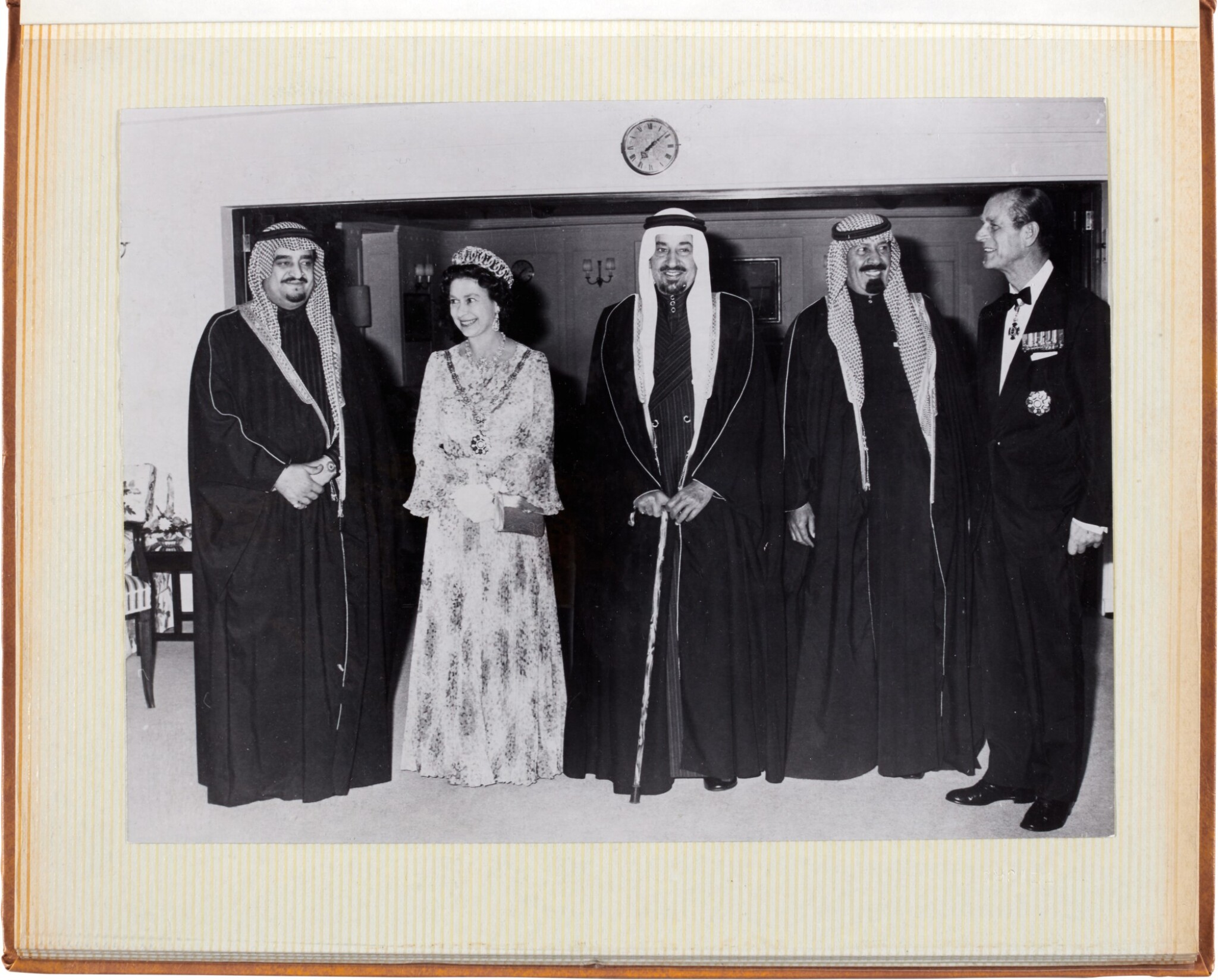 A rare album of photographs depicting Queen Elizabeth II and the Duke of Edinburgh on their royal visit to Saudi Arabia in 1979, after visiting Kuwait and Bahrain during their six-nation tour of Gulf States. Subjects of the photographs include the Queen and the Duke of Edinburgh disembarking Concorde at Riyadh Airport, their official welcome by King Khalid of Saudi Arabia, and their attendance of events including camel racing in the desert.