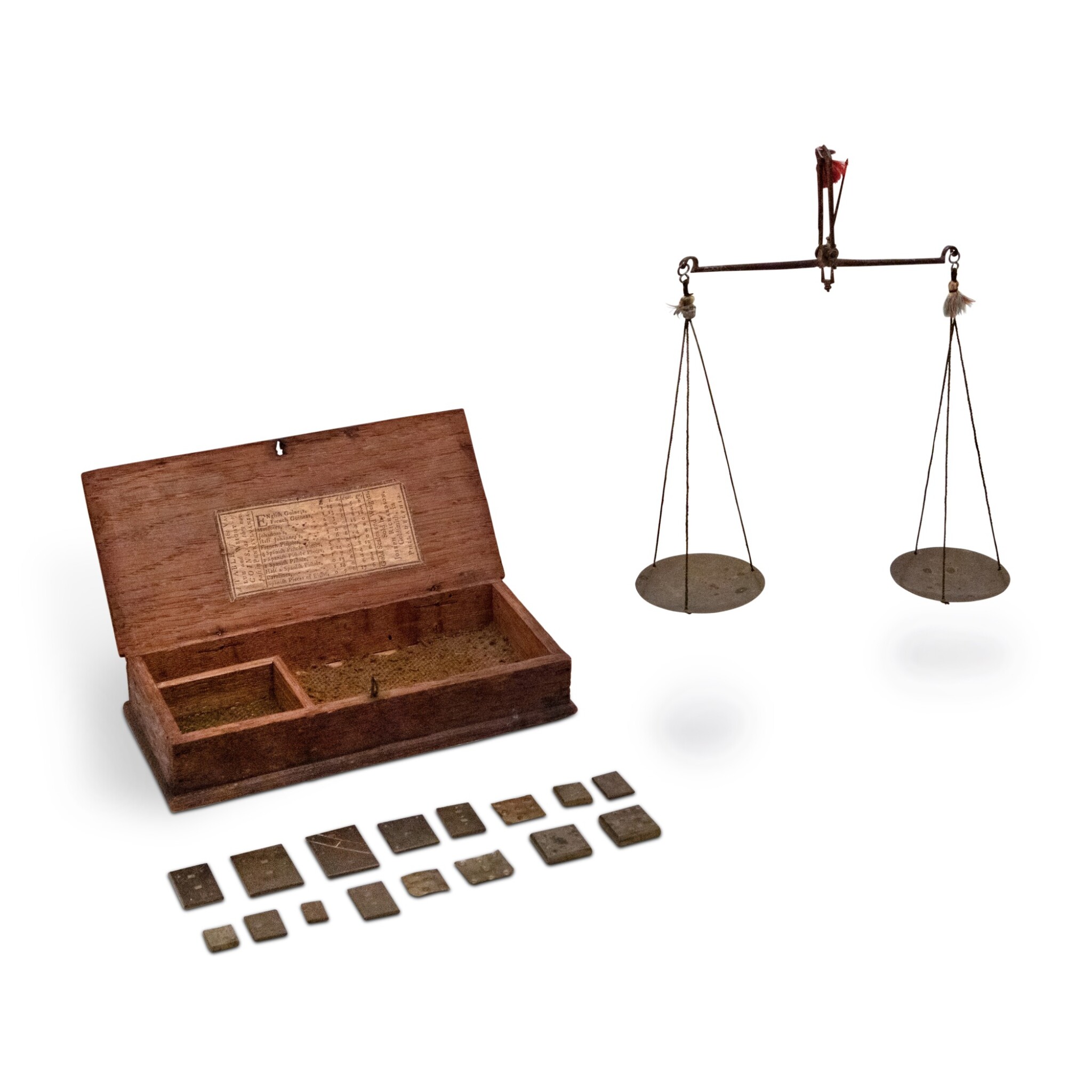 Vernon Gunnion Antiques, Lancaster, Pennsylvania.
Joseph Richardson, Sr. imported many sets of scales and weights during his career and advertised them as “a Parcel of money Scales & Weights.” After correctly calibrating each weight, Richardson placed a printed label with his advertisement inside the box lid, outlining the current weight/value for the most common English, French, and Spanish coins circulating in Philadelphia at that time. The stamped lion within a reserve indicates that the weight has been calibrated and certified correct. Winterthur Museum has a nearly identical set of scales and weights (see Donald L. Fennimore, Metalwork in Early America: Copper and It's Alloys from the Winterthur Collection, (Winterthur, DE: The Henry Francis du Pont Winterthur Museum Inc., 1996), p. 280, no.177).