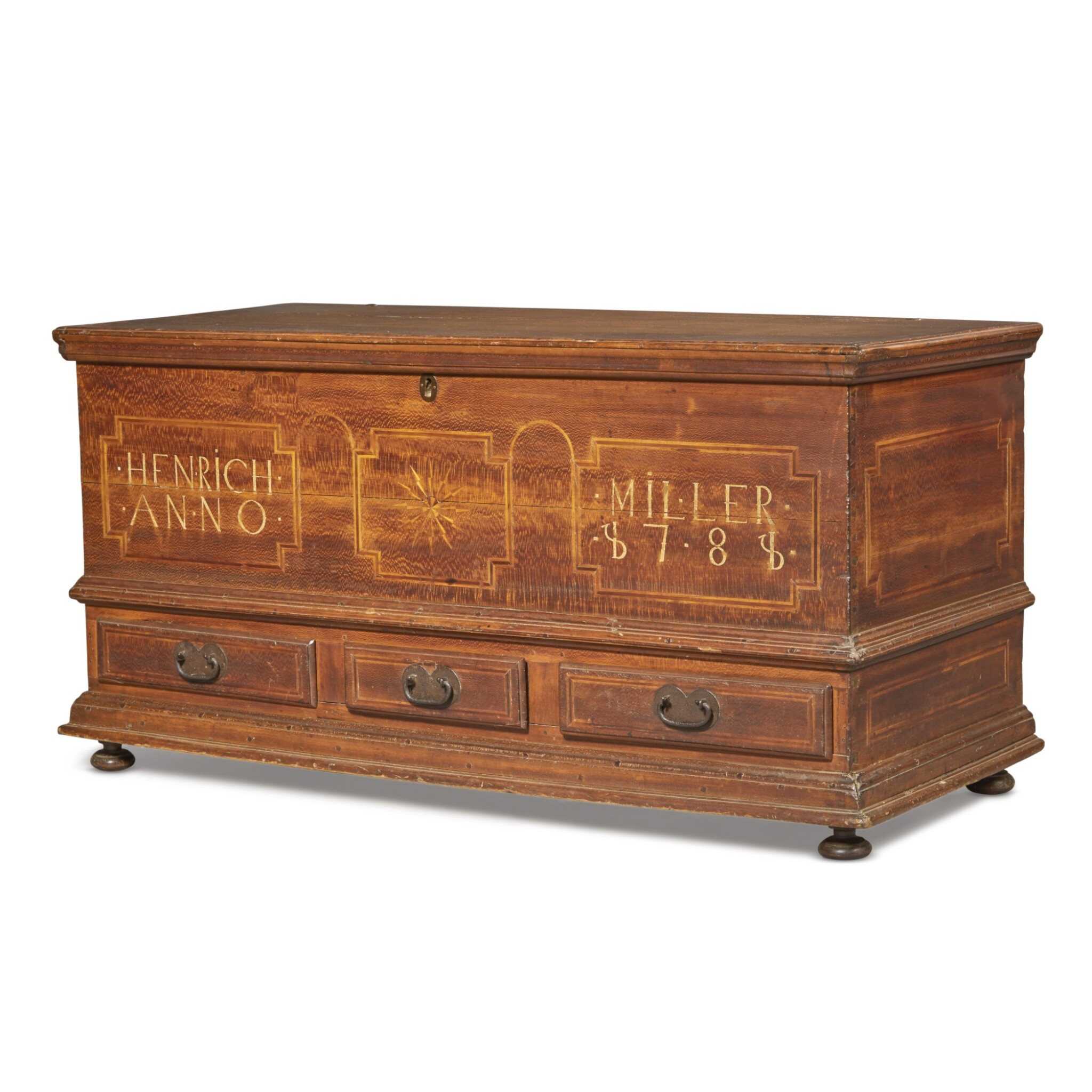 Retaining its original wrought iron drawer pulls and ball feet, this chest is a unique example of Pennsylvania German sulfur-inlaid furniture made of sycamore. It is inlaid in sulfur with the name of its original owner and date of manufacture, “Henrich Miller / Anno 1781” of Dauphin County, Pennsylvania. It is also elaborately embellished with mixed wood inlays including a twelve-point compass star at the center of the façade and arches and panels on the front and sides.

Lisa Minardi illustrates and discusses this chest in her article “Sulfur Inlay in Pennsylvania German Furniture: New Discoveries,” published in American Furniture, edited by Luke Beckerdite (Hanover and London: University Press of New England, 2015): figs. 152-3, p. 162. She identifies three possible candidates for the original owner who lived in Dauphin and Lebanon counties at the time this chest was made. One is Henry Miller Jr., son of Henry Miller Sr. and Anna Maria Kimmerling, who was baptized at St. Jacob’s (Kimmerling’s) Reformed Church in Lebanon County in 1767. Another candidate is Heinrich Miller (d. 1802) who was a sponsor with his wife Magdalena at a baptism as the German Lutheran Church in Hummelstown in 1767. Another Heinrich Miller signed the petition to establish Dauphin County in 1785.1

This chest is one of a related group of Dauphin County chests identified by Minardi with sulfur-inlaid names/initials, dates ranging from 1769 to 1793 and mixed wood compass star inlays.2 Like other chests in the group, this chest has a till compartment with an angled front board.3 Similar twelve-point compass stars are found on two chests in the group including one made for Magdalena Fischborn in 1781 and one made for her brother Ludwig Fischborn in 1783.4