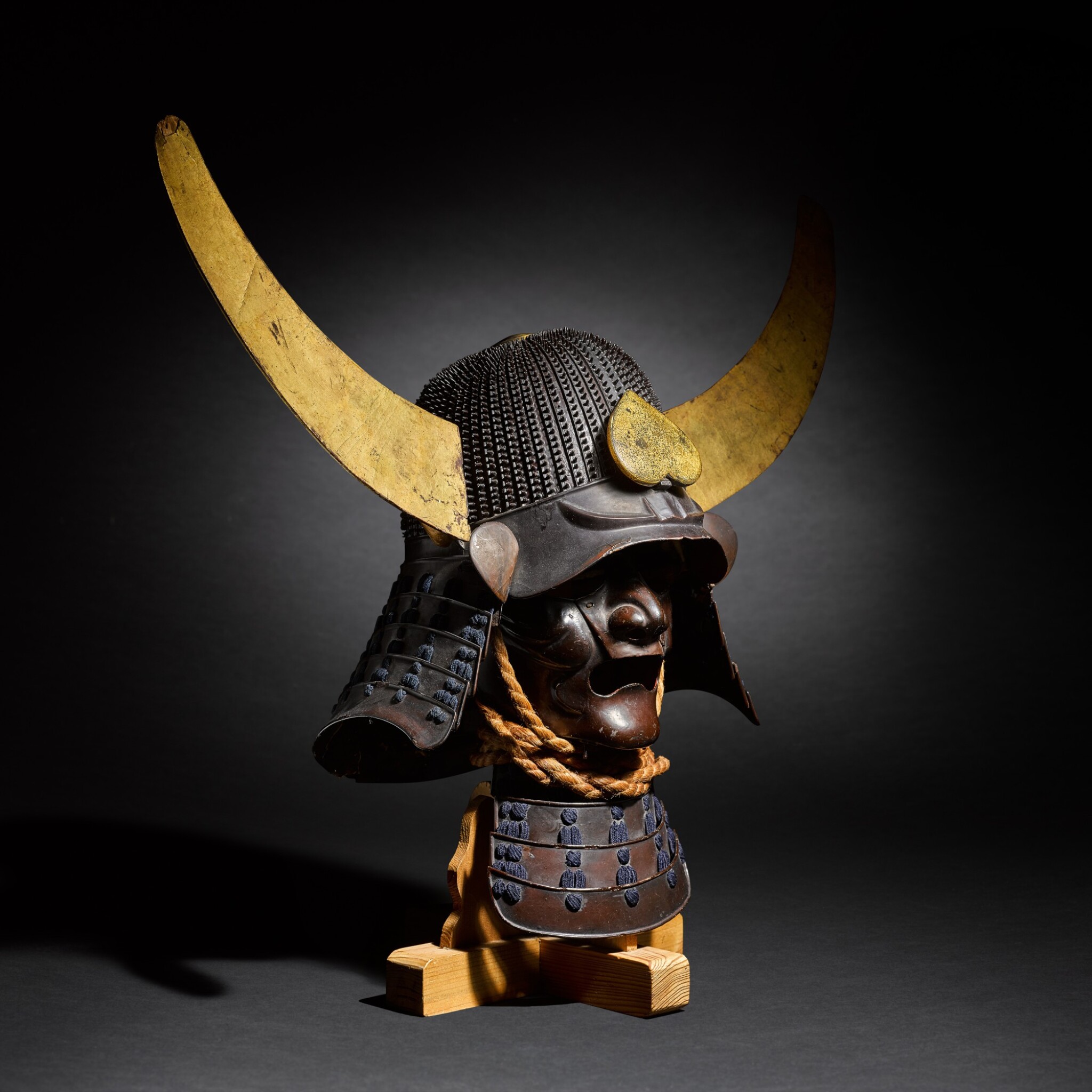 The iron bowl with some surface wear, including slight fissures, surface rust and some losses to the rivets, the black lacquer with some rubbing, cracking and lifting with loses, the lateral crests with some old damage to the left-hand side horn, the face mask with dents, some old wear including light surface marks and rubbing, the throat protector with some old restoration.