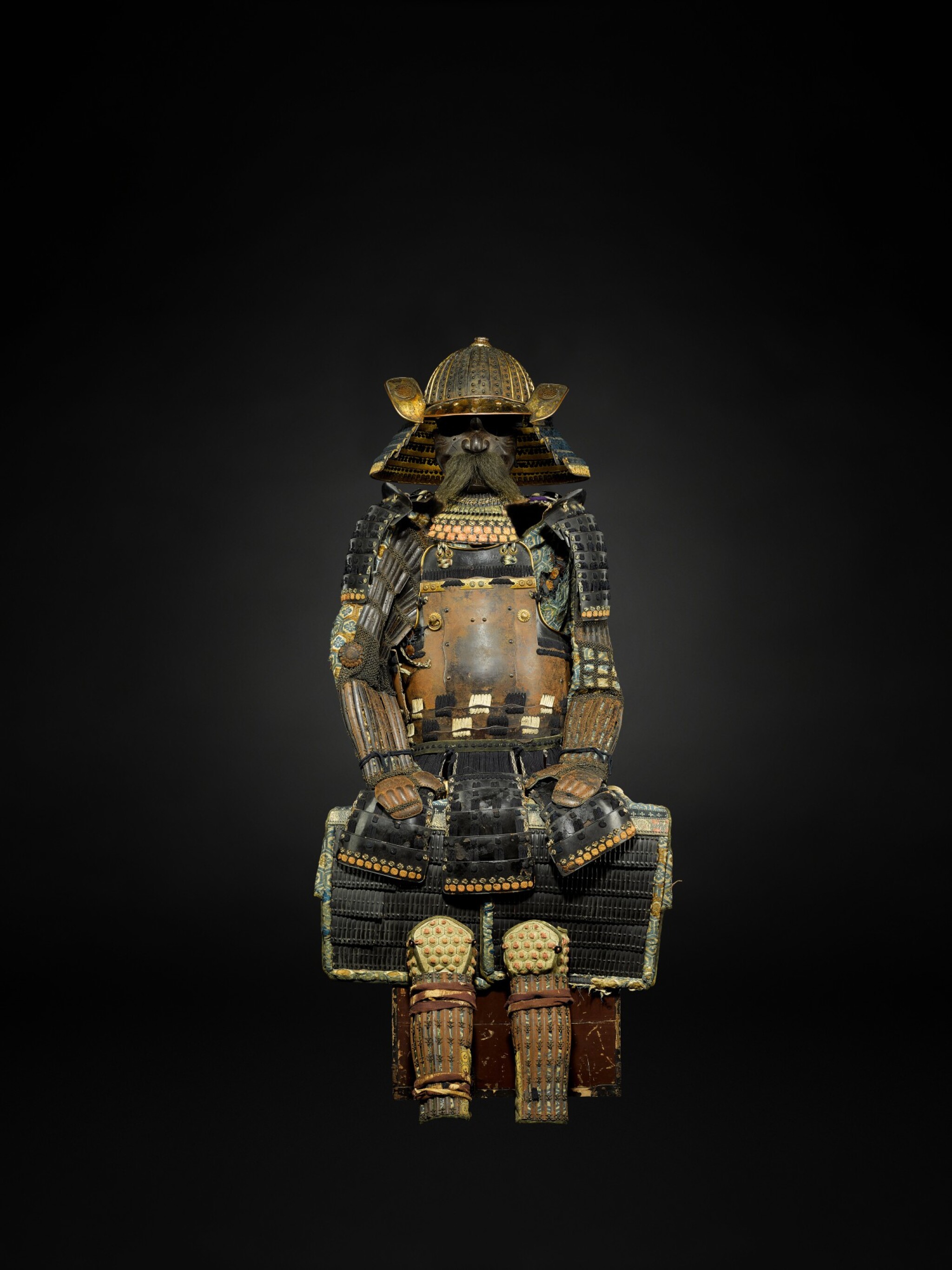 ﻿Please note that the armour storage box and wood armour display stand are for illustration only and are not included in this lot. An armour stand can be ordered from the department.

The armour well worn overall with lacquer losses in places, the helmet with some chips, scratches, losses to lacquer and gilded leather in places, the neck guard with cracks to lacquer, the patinated russet iron sleeves with scratches and surface rust, losses to toggles, the silk brocade sleeves with extensive wear that could benefit from textile couching, the silk lacing with some old wear.

The tomoe form, or comma shaped, wisteria family crest  (fuji-tomoe kamon) is associated with the Kuroda clan, who became daimyo of Fukuoka Domain in Kyushu at the start of the Edo period.