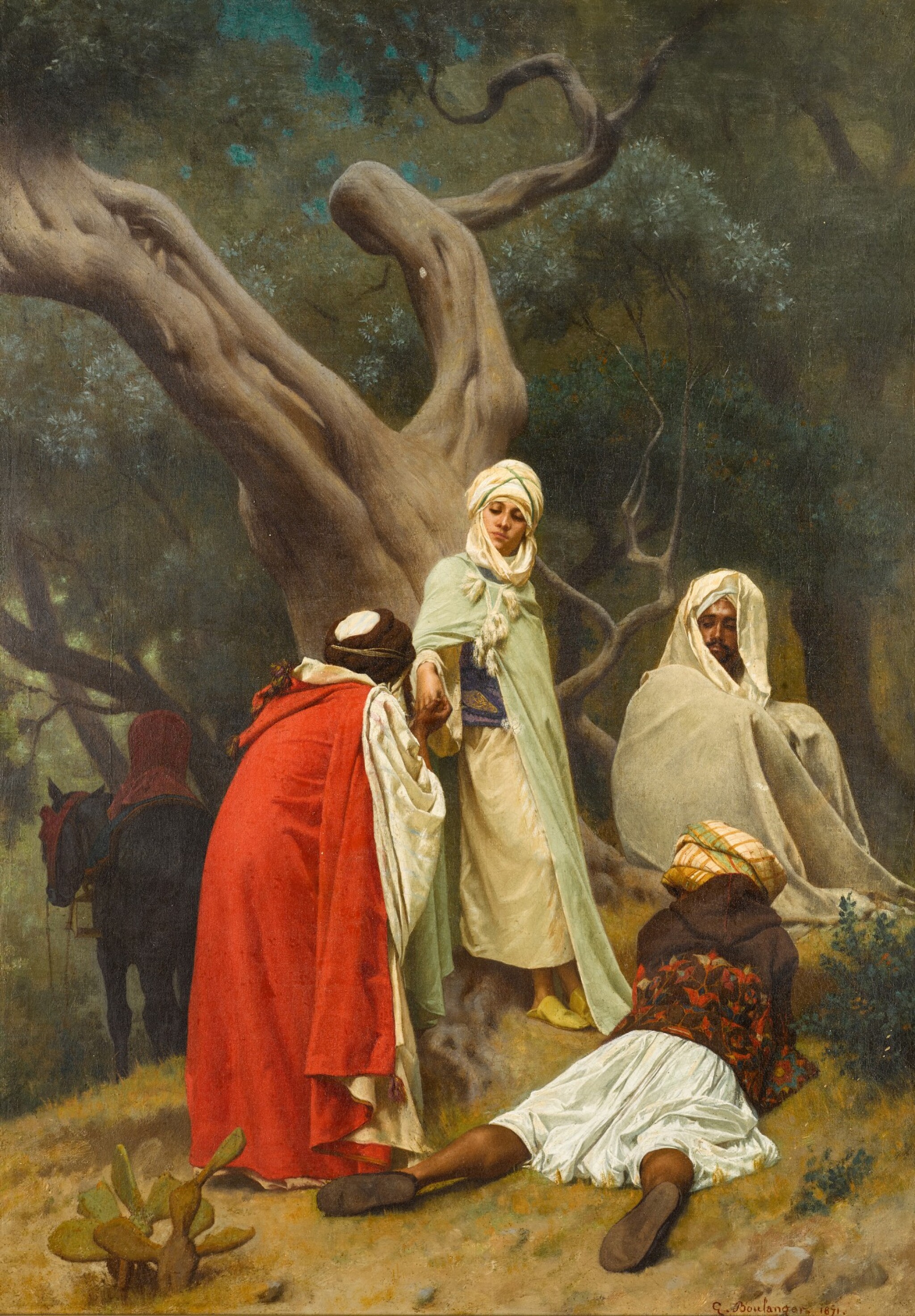 Gustave Boulanger was a friend and pupil of Jean-Léon Gérôme who he met after enrolling in the classes of Paul Delaroche in Paris around 1841. In 1845, Boulanger was sent to Algeria by his uncle and during his eight-month stay, he made numerous studies of the people and landscapes that he witnessed. In the years that followed, he became a regular exhibitor at the Paris Salon, showing Algerian scenes that he treated with the same precision as Gérôme.

Here, a young emir and his entourage, resting in the shade of the forest - perhaps resting on a journey - receive a passing traveller. The latter, in a crimson outer robe, his horse left untethered behind the great baobab tree, appears to offer the young nobleman a talisman of some kind, as a gesture of kindness or respect. This the young man accepts, and a friendship is struck. The emir’s escort, a robed Nubian and a bashi bazouk, recognizable by his distinctive white kilt, look on amenably.