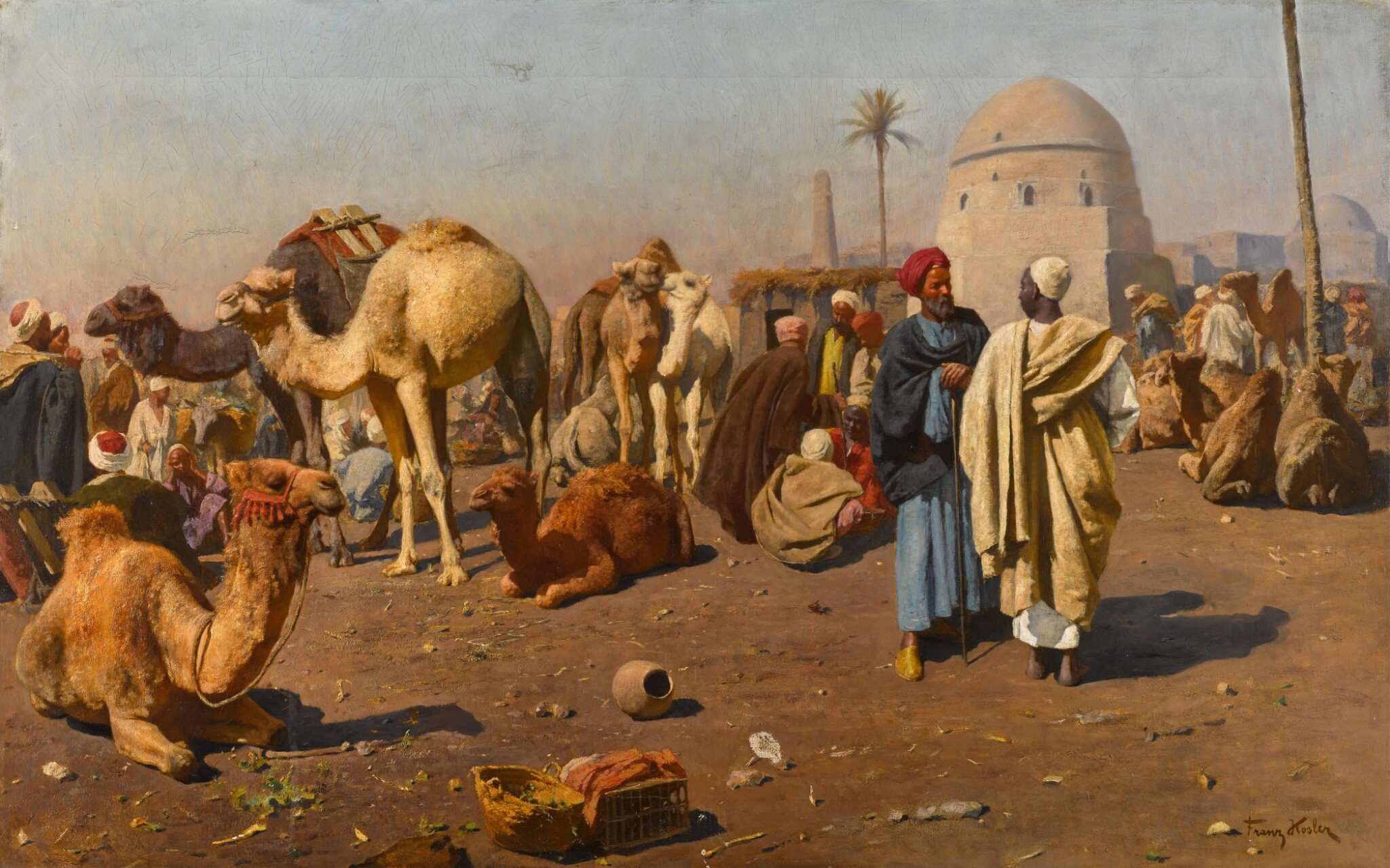 In the present work, camels and figures are gathered outside of Cairo in an animated and sun-filled scene. The expanse of flat terrain and a scattering of leaves, abandoned baskets, crates and a clay pot on its side, indicates a marketplace. A young boy is leading a laden donkey through the crowd to the left of the composition and women seated next to vegetables are just visible behind the resting camels. Two men briefly pause for conversation in the foreground, the sun causing deep shadows within the recesses of their robes. Kosler’s skill as a draughtsman, colourist and also as a sympathetic portraitist are evidenced in this large oil. Kept in a private collection for a number of years, this re-discovered work fits within Kosler’s oeuvre alongside other compositional masterpieces, undoubtedly inspired by his teacher Leopold Carl Müller, such as Vegetable Sellers, Cairo (sold, Christie’s, London, 20 June 2002), The Entertainers, 1898 (formerly in the Najd Collection and sold in these rooms) and Merchants in a Market (sold Christie’s, London, 9 July 2009, lot 33).

Kosler first set foot in Egypt in 1892 after travelling through Dalmatia, Montenegro, and Albania. Sponsored by Archduke Ferdinand Karl, he returned to Egypt two years later and held his first one-man show there. Among his Egyptian patrons was Said Halim Pasha, grandson of Mohammed Ali and future Grand Vizier of the Ottoman Empire. Kosler exhibited at the Royal Academy in London and also at the Viennese salons from 1895.