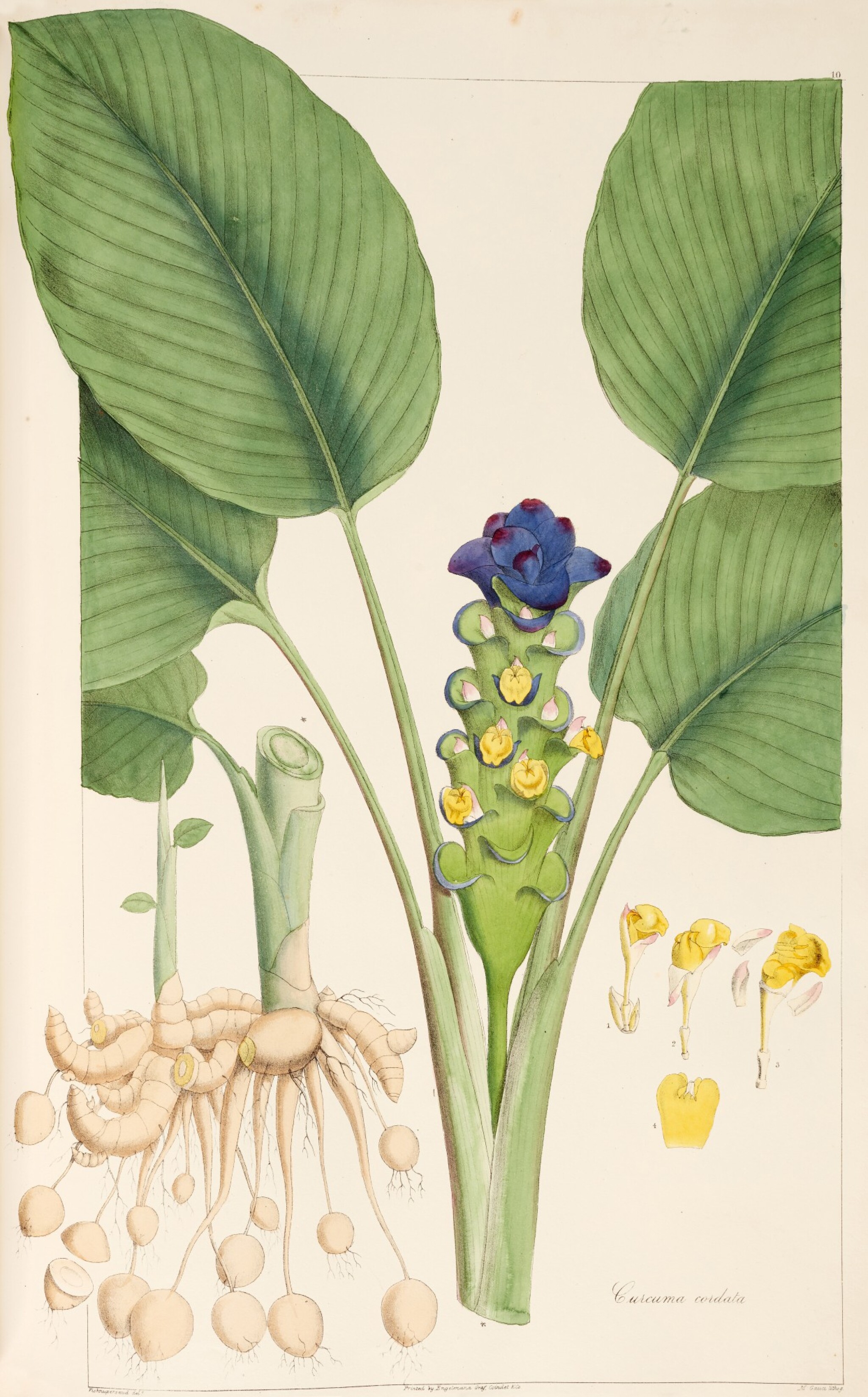 A beautiful record of the plants of India, with detailed textual descriptions and fine illustrations, many of which were produced by the local artists Vishnupersaud and Gorachaud. Publication was sponsored by the East India Company, who appear in the list of subscribers with an order for 40 copies.