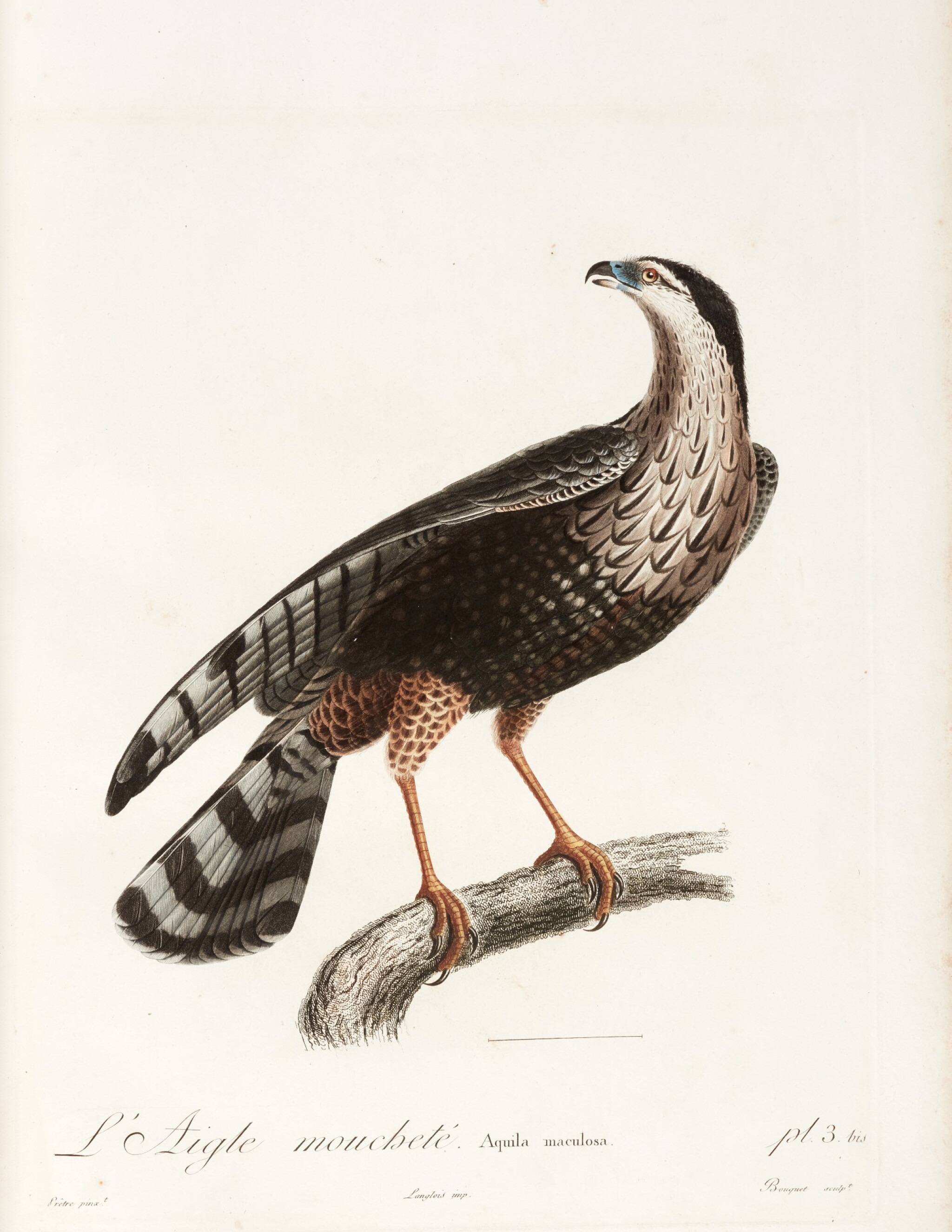 A classic of American ornithology. The present work contains descriptions of many North American birds, some of which predate those of Alexander Wilson. Vieillot, along with Wilson, was a pioneer in a new kind of ornithology in which birds were no longer assessed as specimens and skins but studied as living organisms within their environment. "Louis Jean Pierre Vieillot was one of the more discerning ornithologists who gave particular study to female, immature and seasonal plumages" (Allen).

Some copies are recorded with a double-page engraved map of North America not present in this copy.