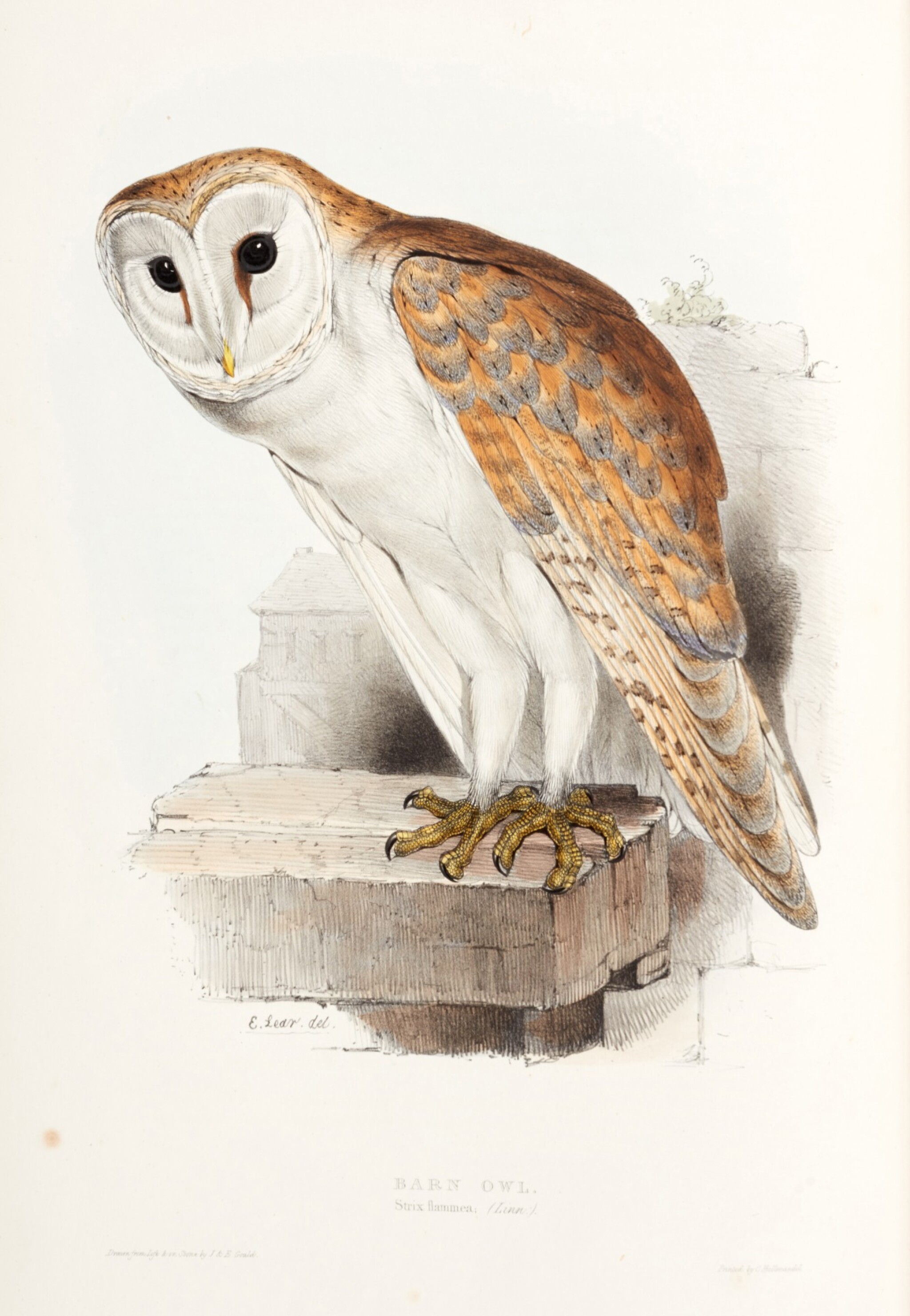 Gould's second major work, The Birds of Europe, was published in twenty-two parts over five years between 1832 and 1837. This work is notable for the contribution of Edward Lear, who produced 67 of the plates. As Isabella Tree notes "in volume Lear's contribution may not have been prolific, but its impact was revelatory. Lear's participation transformed the work of Mrs Gould, which in the Himalayan Birds was little more than a continuation of eighteenth-century productions, into dynamic and expressive works of art. Like an ornithological Michelangelo he propelled her limited sense of perspective into the third dimension" (Isabella Tree, The Ruling Passion of John Gould, p. 43).