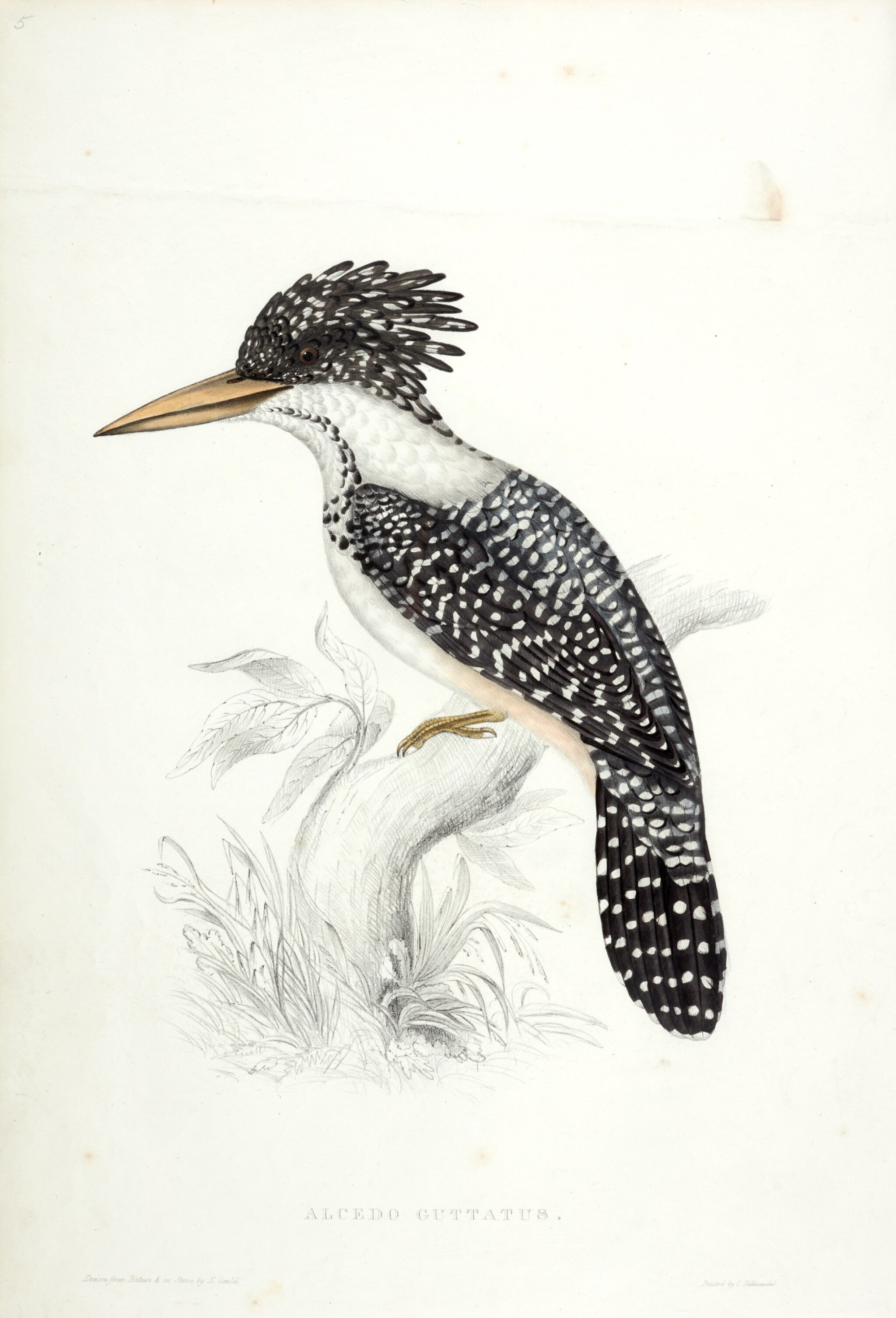 A century of birds from the Himalayan mountains. London, 1831

John Gould was born in Lyme Regis, Dorset, the son of John Gould, a gardener, and his wife Elizabeth Clatworthy. Gould's training was as a taxidermist rather than an artist, and in 1828 he was appointed animal preserver at the museum of the Zoological Society of London. About this time there appeared at the museum a collection of birds formed principally in the north-west Himalayas, the first of any size to reach Europe. The richness of this group of specimens spurred Gould to compile his first folio volume, A Century of Birds from the Himalaya Mountains (see lots 83 and 84). This book heralded a body of work unrivalled in Victorian natural history, comprising forty-one volumes and over 3000 plates, produced over six decades. As Gould grew more successful, the lithographed plates became more ambitious; his later book The Birds of Great Britain (lot 93) shows many of its subjects against charming and picturesque backgrounds absent from his earlier work.

Gould himself did not execute finished drawings for any of his works, but he did provide rough pencil or watercolour sketches with notes for his artists to work from, and was the moving spirit behind the grand conception of the plates. The artists he employed - including his wife Elizabeth, Edward Lear, Joseph Wolf, Henry Richter, and Joseph Hart - were among the most accomplished of their generation.

Although today we remember Gould primarily for the outstanding beauty of his folios, during his long career, he was at the forefront of ornithological and evolutionary science - his role in identifying different species of tanager brought back by Darwin from the voyage of the Beagle was central to the development of the theory of natural selection.

With a distinguished list of subscribers including Audubon, A Century of Birds was the first of Gould's many folio volumes, and was conceived when Gould received a large number of Himalayan birds at the Zoological Society Museum.