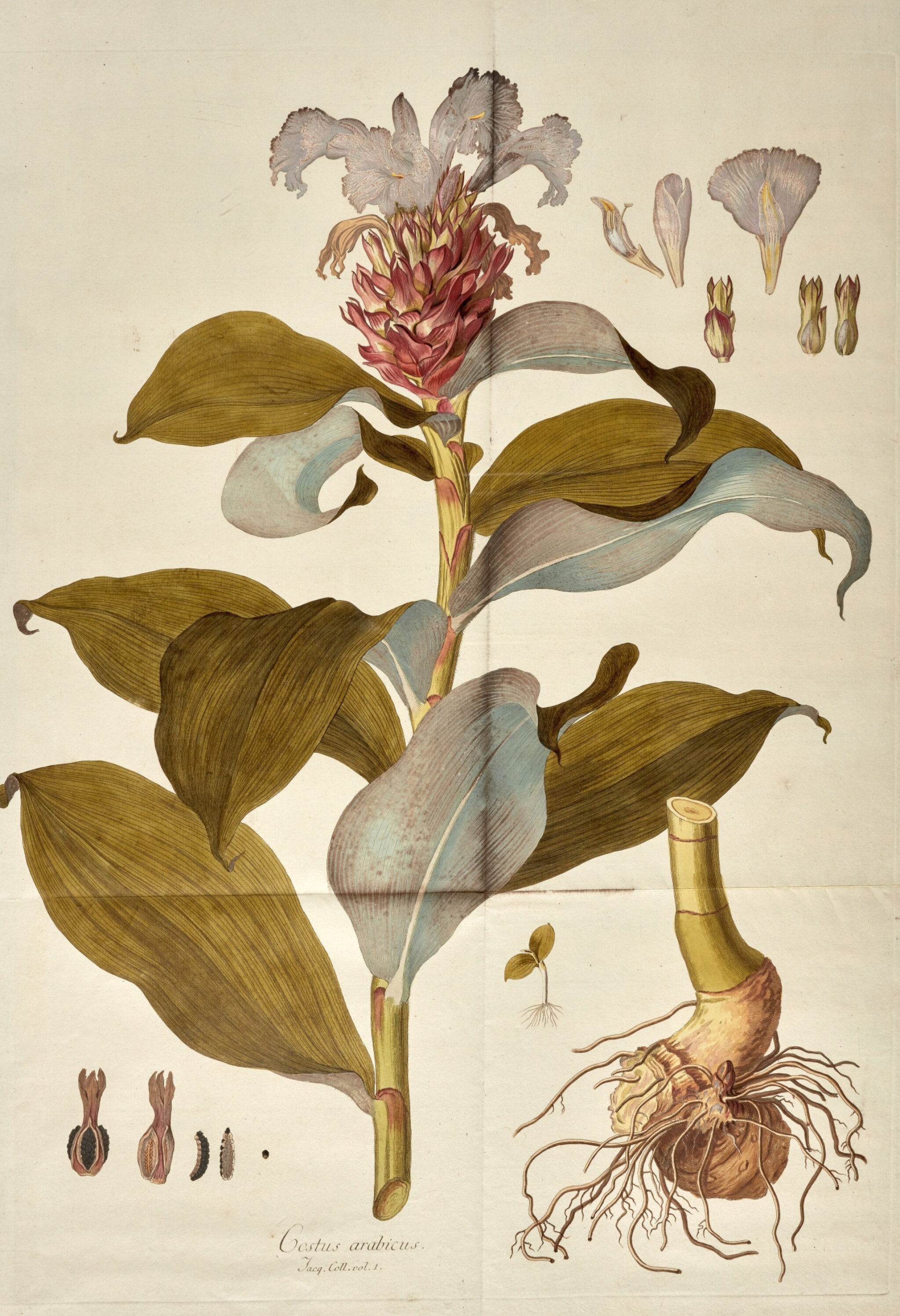 The beauty and reputation of Icones Plantarum Rariorum is founded on the engravings by the brothers Bauer. Jacquin was the first botanist to recognize the talent of Franz and Ferdinand and engaged them both for this project. "From Jacquin or [Father Norbert] Boccius or both they learned that botanical draughtsmanship demands understanding of the plant figured, even down to minute detail, as well as its portrayal with accuracy and grace…Under such supervision they became accustomed to precise observation and developed superb techniques of drawing and colouring. Jacquin himself was an able botanical artist but his teaching and administrative duties gave him no time for illustrating plants except in correspondence with Sir Joseph Banks's librarian Jonas Dryander" (Stewart & Stearn, The Orchid Paintings of Franz Bauer, London 1993, p. 9). After the Bauers perfected their skills under Jacquin, Ferdinand worked on the Flora Graeca under John Sibthorp, and Franz was enticed by Sir Joseph Banks to become the resident artist at Kew Gardens. The plates were issued—without regard to the order later assigned to them—in fascicles of 25, apart from the final part issued in 1795, which contained 74 engravings.