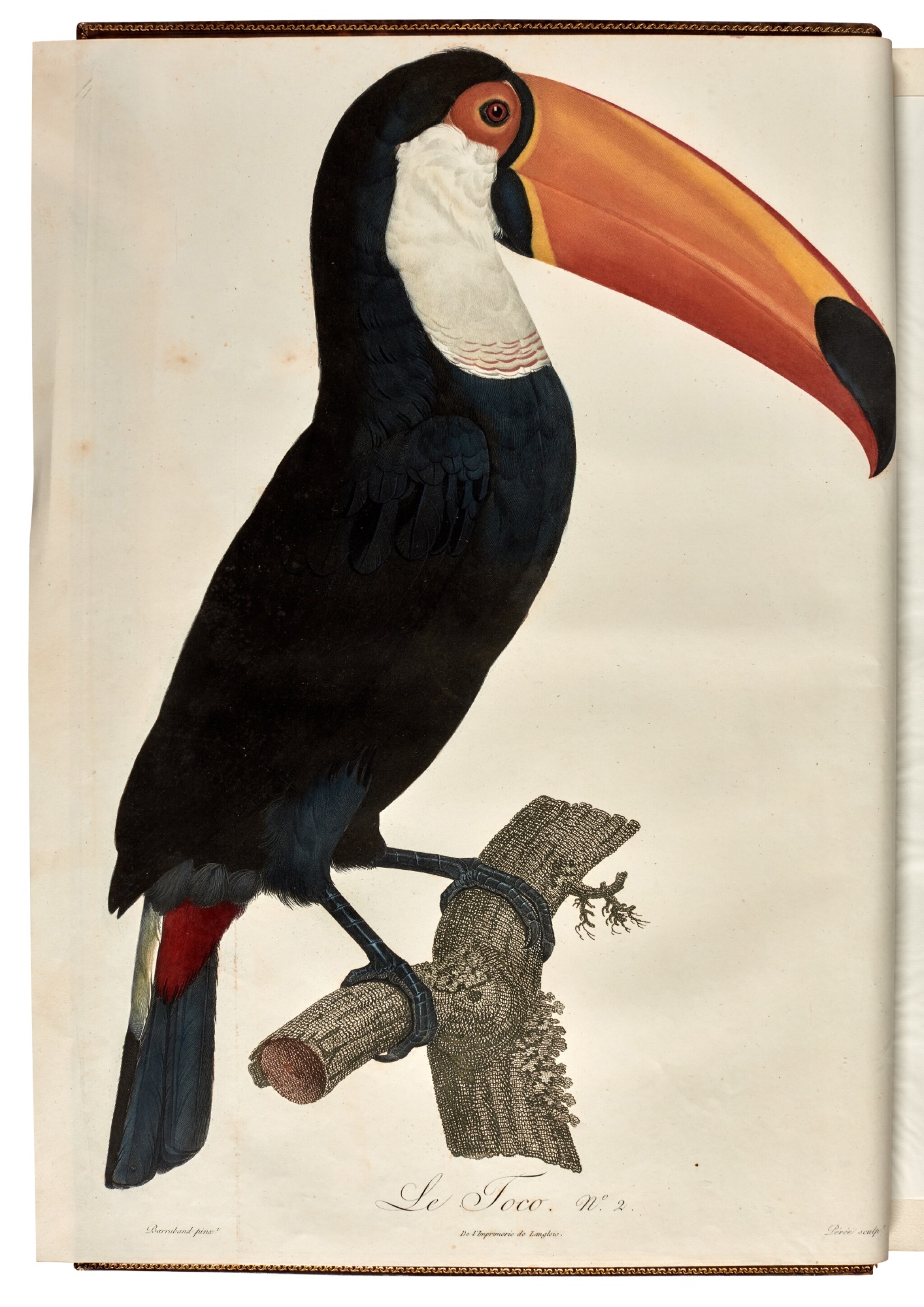 Jacques Barraband (1767-1809) was one of the most skilful natural history painters of his time and illustrated many ornithological works. The half-titles state that "all the figures in this work were drawn from life by the painter Barraband, engraved by Pérée and Gremilliet, and printed in colour by Langlois and Rousset". The plates were produced by the so-called "à la poupée" process, developed by Henri-Joseph Redouté, which allowed the colours to be applied directly to the copper plates to draw the plates with one application (not a different application for each colour).

For the same style of binding and the armorial bookplate of Sir William Eden, see also lot 412.