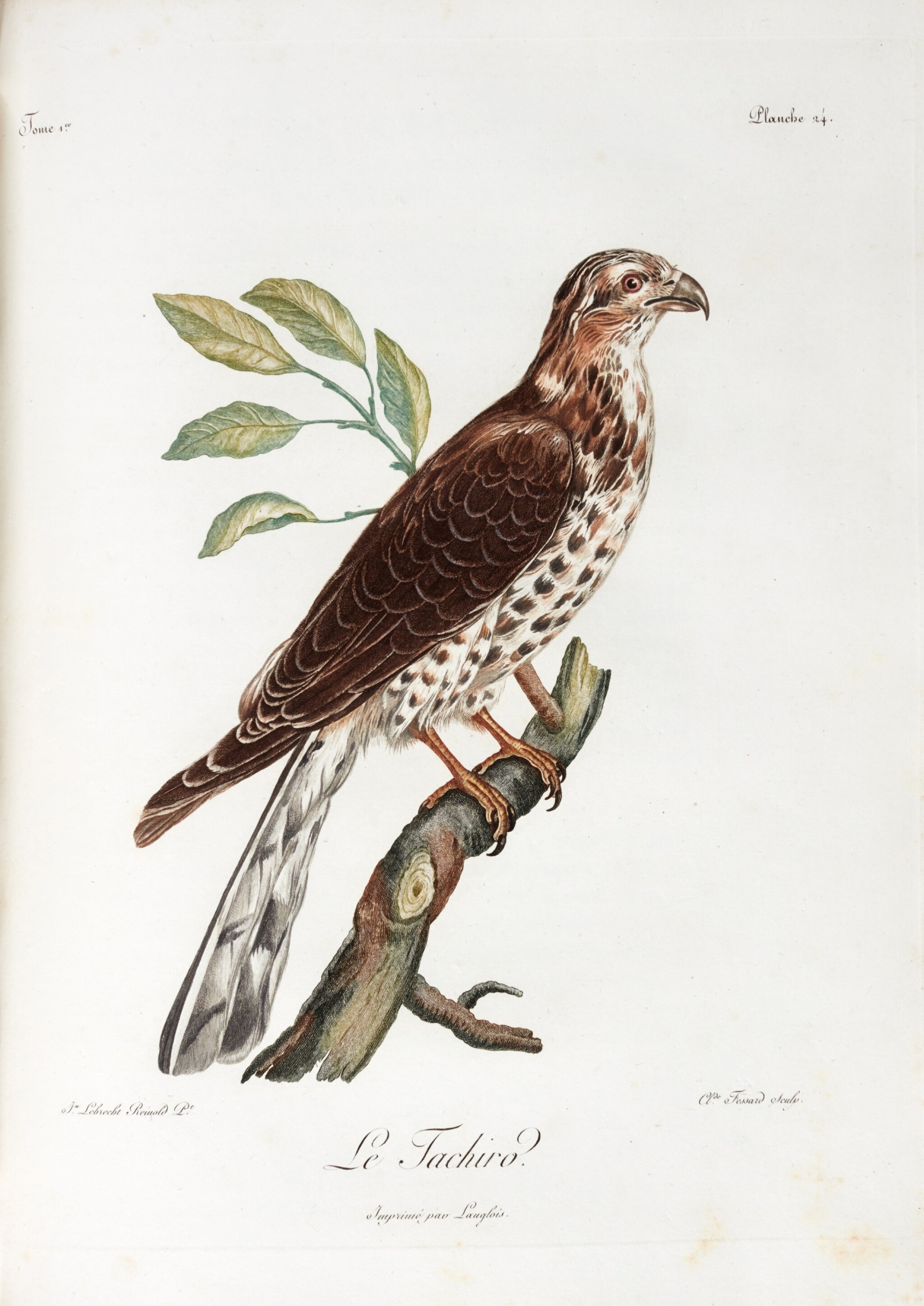 A FINE COPY. François Levaillant (1753-1824), was one of France's foremost explorers and ornithologists. He was opposed to Linnaean nomenclature, and would only name the new species he discovered in French.

"Levaillant's most prominent work... it gives a comprehensive account of the birds of South Africa, based on Levaillant's personal experience and the collections he made during his journeys in that region" (Anker).

Good condition; some spotting and foxing as usual