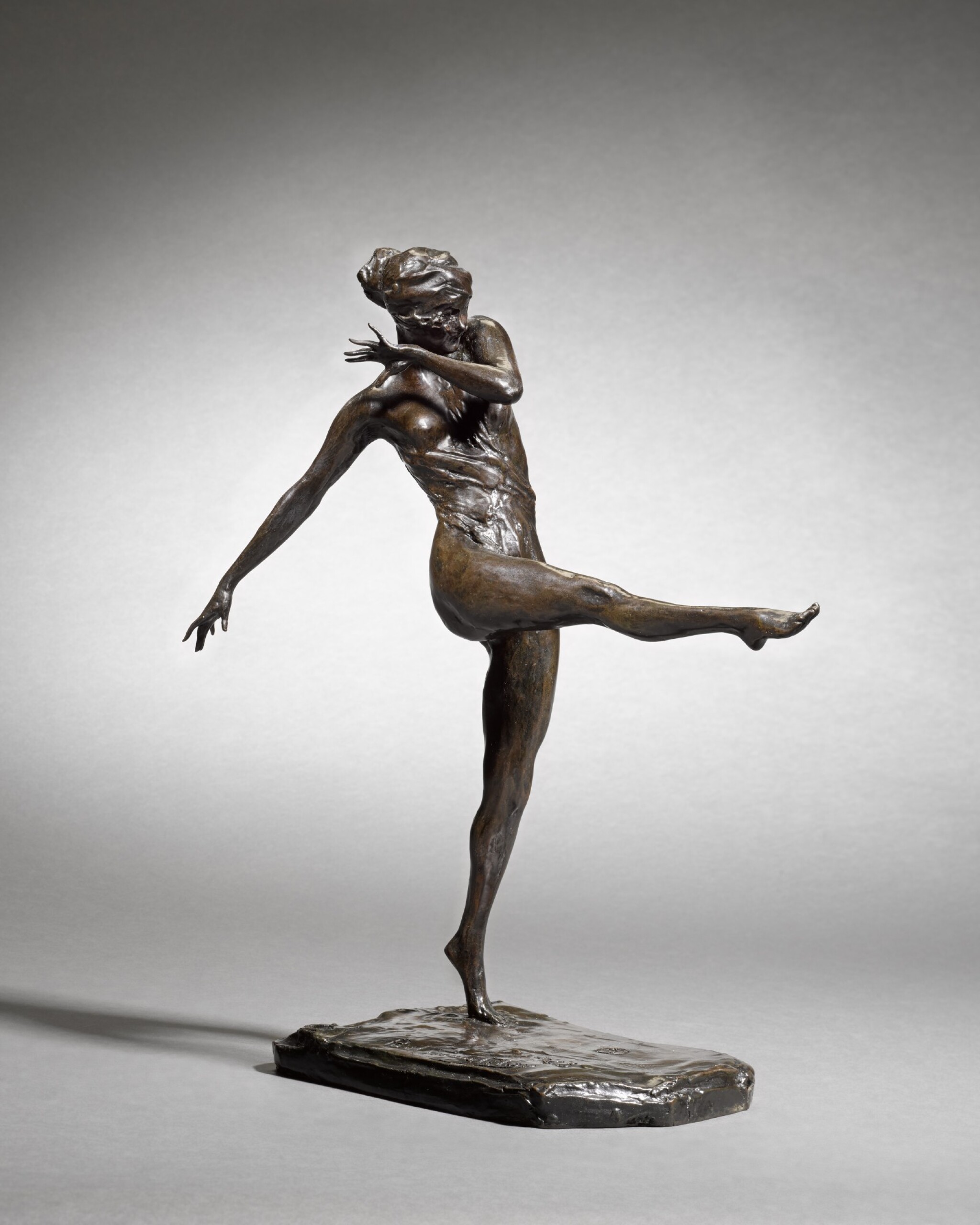 This dynamic bronze portrays the aristocratic dancer, Lady Constance Stewart Richardson (1833 – 1932), during one of her provocative performances. She was the daughter of Francis Mackenzie, the second Earl of Cromartie, and was also an author, swimmer, and sportswoman. She is best known for her controversial dance career in which adopted a free and expressive style, influenced by Isadora Duncan and Maud Allen. She danced bare footed and bare legged on the New York stage in 1909, which was considered scandalous but simultaneously contributed to her international success. Similar dance performances followed in London and around the country. Lady Richardson was on tour in the United States in 1913, where Troubetzkoy made this dynamic and elegant portrait statuette. The acrobatic movement is perfectly captured in the energetic pose and in the expressive finish of the surface.

The present bronze, dated to 1923, is one of Troubetzkoy’s most animated and famous models, and casts are inscribed with a variety of different dates. Given the popularity of the model, Troubetzkoy produced many casts, some of which are in important collections, including in the Detroit Museum of Art (inv. 16.17; cast dated: 1915) and in the Metropolitan Museum of Art, New York, which acquired a cast directly from the artist in 1929 (inv. 29.137; cast dated: 1914).