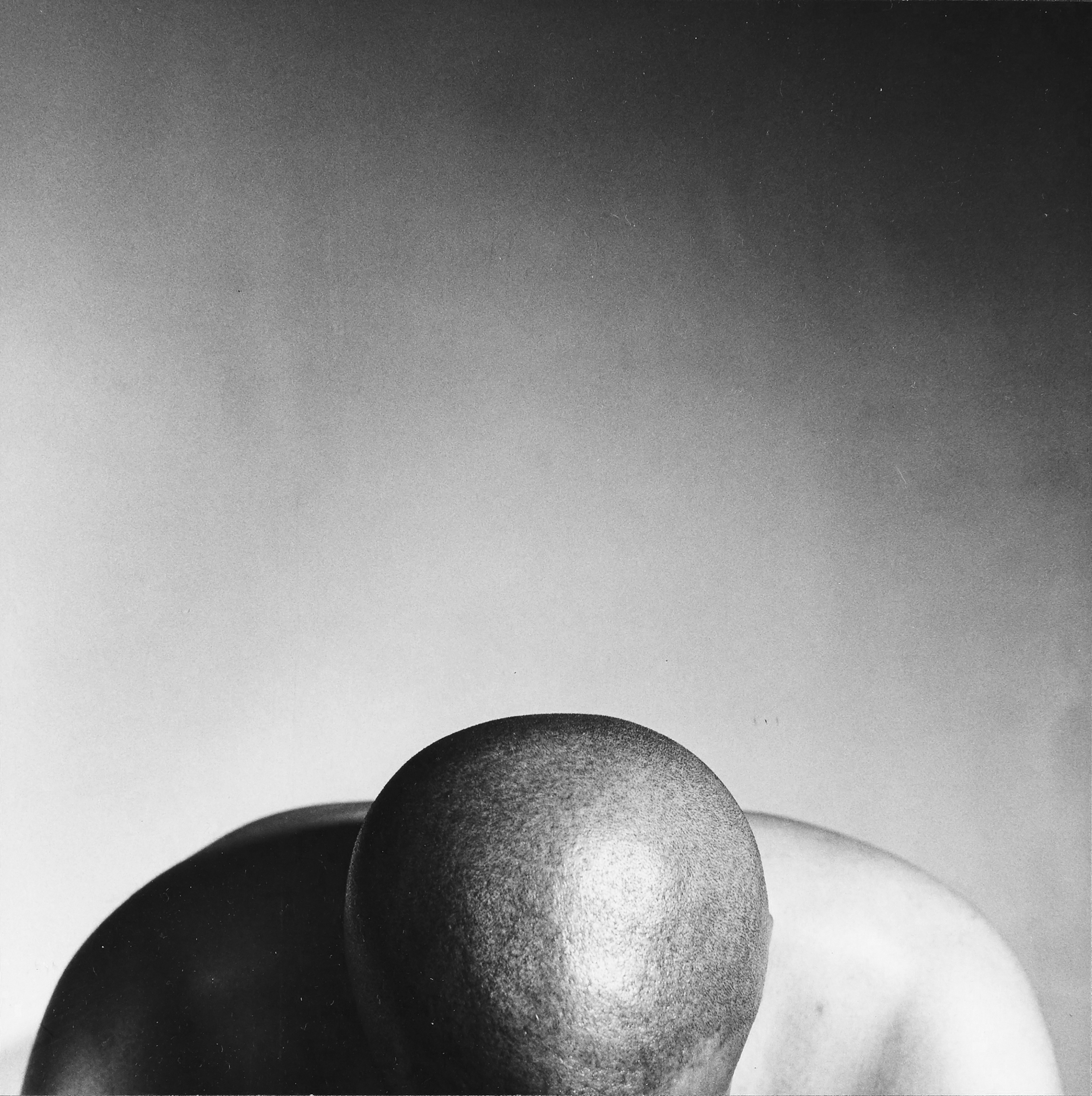 (Washington, D. C.: Harry Lunn; New York: Robert Miller; and London: Robert Self, 1978, an edition of 25 plus 6 artists proofs), the complete portfolio of 13 gelatin silver prints, each mounted, signed and editioned ‘8/25’ in pencil, and with the sequential plate number blindstamped on the mount, 11 framed, 1977-78, printed in 1978; together with the printed title, introduction by Paul Schmidt, plate list, and colophon, editioned ‘8’ in ink. Folio, black silk clamshell case and 12 red interleaves

Complete ‘X’ portfolios are rare and seldom come to market. This is the first time in twelve years that a complete set has appeared at auction. ‘X’ portfolio has become such a key piece in Robert Mapplethorpe’s oeuvre that it has been included in every important exhibition of his work worldwide, reproduced in all his major monographs, and featured prominently in documentaries about his life and art. It has also been highlighted by both Peter Marino and Robert Wilson in shows they curated on Mapplethorpe in Paris and Berlin.

Mapplethorpe’s 1978 ‘X’ portfolio remains one of the most provocative ensembles of photographs in the history of art. Several of the plates from the portfolio were included in the photographer's retrospective, The Perfect Moment, also one of the most controversial museum shows of the twentieth century. Originating at Philadelphia’s Institute of Contemporary Art in 1988, and slated for six subsequent museum venues in America, The Perfect Moment became a lightning rod for artistic freedom in the United States when images in the show were deemed obscene by conservative lawmakers. The outcry was led by Senator Jesse Helms, who, on the floor of the U. S. Senate, delivered an impassioned speech against the photographs. The resulting controversy—which played out against the grim backdrop of the AIDS crisis and Mapplethorpe’s own recent death from the disease—encompassed debates about freedom of expression, obscenity, and government funding for the arts.

Fuelled by worldwide media coverage, the controversy surrounding The Perfect Moment reached a new fervour when the Corcoran Gallery of Art in Washington, D. C., abruptly cancelled its plans to show the exhibition. The reaction of the cultural community was swift, and the non-profit artist-run organization Washington Project for the Arts quickly stepped in to take over the exhibition. On the day that the exhibition was to have opened at the Corcoran, laser artist Rockne Krebs projected Mapplethorpe’s images onto the museum’s façade.

Pressure mounted in Cincinnati for the Contemporary Arts Center, the exhibition’s subsequent venue, to also cancel the show. When the Center’s director Dennis Barrie refused, the Center was raided by police; they seized seven works, and Barrie and his institution were charged with obscenity, marking the first time that criminal charges were brought against an American museum. Five of the seven images that were deemed to have violated obscenity laws were from ‘X’ portfolio.

Over thirty years have passed, and ‘X’ portfolio has lost none of its shock factor, particularly when displayed in its entirety. The portfolio boldly celebrates the gay male sadomasochistic subculture of the 1970s and 1980s that was dismissed by many as deviant. Together, these thirteen powerful images still tease the limits of acceptability.

Mapplethorpe moved to Manhattan in the late 1960s and gradually discovered the local gay s/m scene. In 1977, he started capturing members of this marginal community. S/m clubs in the meatpacking district, such as The Mineshaft, provided him with a venue where he could meet men and bring them back to his Bond Street loft for sex and to photograph them. Some scenes were captured outside his studio in places ranging from an abandoned marine bunker in San Francisco, to a sex dungeon. Mapplethorpe selected his thirteen best images from this period and, in collaboration with his gallerist Robert Miller and art dealers Harry Lunn and Robert Self, published them as ‘X’ portfolio.

Organised sequentially, the portfolio opens with an abstract photograph of a man’s shaven head and shoulders taken from above. In a more graphic image, a leather-clad male figure is urinating into the mouth of a man kneeling before him. In another, a man’s forearm is inserted into his partner’s rectum. Perhaps most conspicuous of all is a close-up of a man’s pinky finger stuck halfway up his urethra. The portfolio notoriously ends with Mapplethorpe’s self-portrait in which, camera shutter in-hand, he photographs himself with a bullwhip in his anus, thereby making it clear that the photographer was an active participant in this underground world that he found so fascinating.

Despite their unapologetic immediacy, none of the thirteen photographs are much reminiscent of the more spontaneous, casual aesthetic characteristic of some of Mapplethorpe’s very early work. Instead, they are carefully arranged studies, each perfectly framed and lit. This new approach marks Mapplethorpe’s transition away from a youthful experimentation towards a more mature style of meticulous compositions and masterfully executed prints that later became the hallmark of his art. Shocking for their explicit content yet remarkable for their technical bravado, these photographs were less of a call to normalise marginal s/m practices and more of an attempt to bridge the gap between elegance and provocation. Brought up Catholic, Mapplethorpe often drew on the polarities between refinement and rawness, light and dark, good and bad.

Complete ‘X’ Portfolios are in the permanent collections of the J. Paul Getty Museum, Los Angeles; Los Angeles County Museum of Art; the Leslie-Lohman Museum of Art, New York; the Rijksmuseum, Amsterdam; and the Stedelijk Museum, Breda, among others.

The plates are as follows: