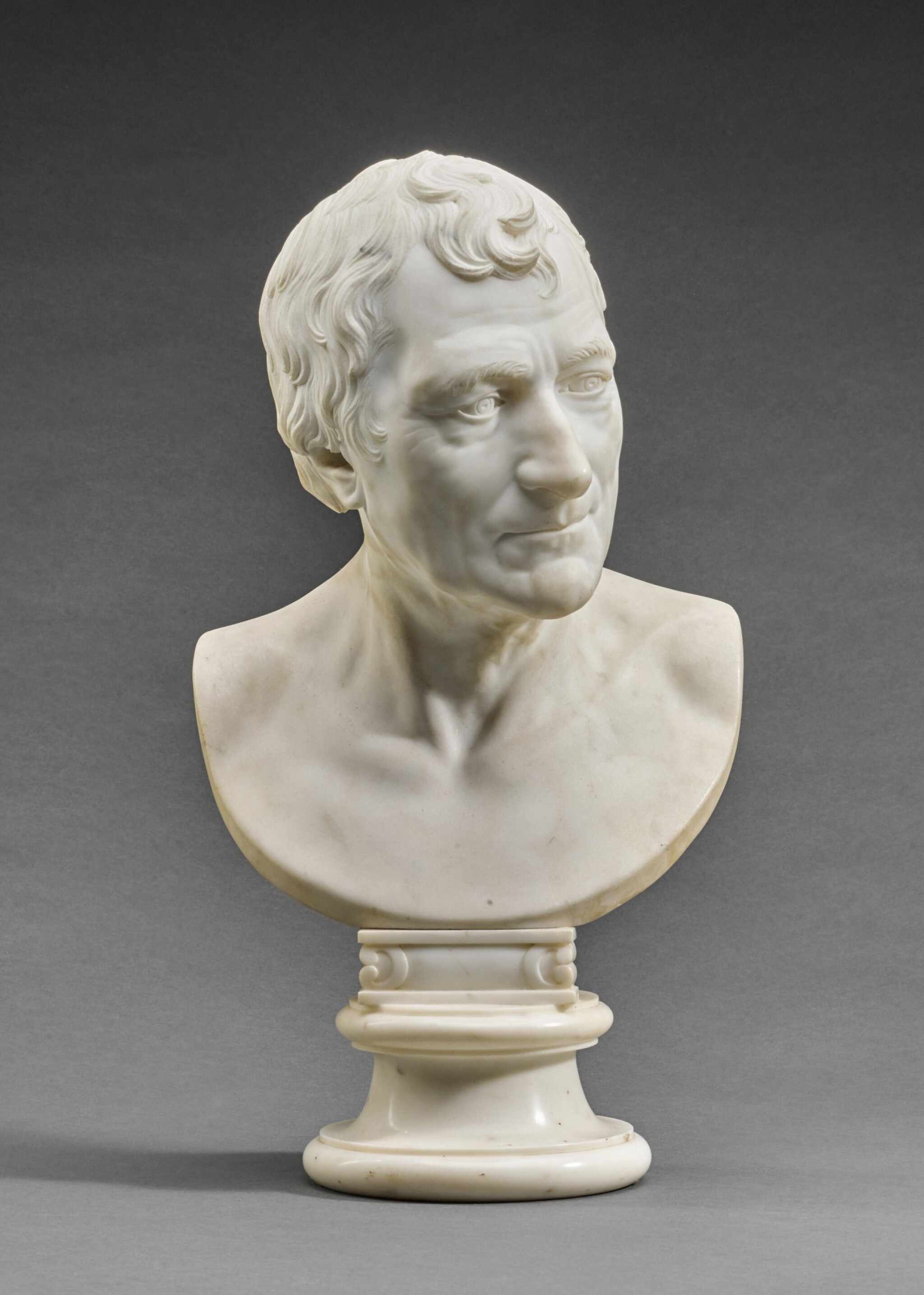 overall in very good condition with minor surface wear and dirt consistent with age. Some slight natural veining including to the top of the head. Some chips and abrasions noticeably to the socle on the back. A few minor dirt marks at the back.

The prime version of Turnerelli's portrait of the Irish politician Henry Grattan is in the National Portrait Gallery, London (inv. no. NPG 1341).

Born in Dublin, in 1746, Henry Grattan was a brilliant politician and orator, who, in his mid-thirties, backed by the Protestant Volunteer movement, declared an independent parliament for Ireland. “Grattan’s Parliament” did not last long however, and when rebellion broke out in 1798, he was blamed by conservatives for having stirred up resentment against the status quo. He opposed the Act of Union in 1800, but this did not prevent him from later sitting as a MP in London. However, while he continued his efforts on behalf of Ireland, his great days as a parliamentarian were over, and he died in 1820.

The present bust is likely to have been acquired by Grattan's contemporary Charles Kinnaird, 8th Lord Kinnaird. An important art collector and whig politician, Kinnaird was highly educated, having studied at Eton, and the universities of Edinburgh, Cambridge, Glasgow and Geneva. According to Millar, 'From that time until the death of his father in 1805 he voted consistently with the Foxite whigs, and rendered valuable aid to the party in the repeated attacks made upon the Addington ministry' (op. cit.). Kinnaird was an Italophile, who was in Venice in 1805 when he learned of his father's death. He was a prolific art collector who assembled one of the great Scottish collections of antique statuary and pictures. Many of his paintings, which included works by Rubens, Titian and Poussin, had come from the collection of Philippe Égalité, duc d'Orléans.