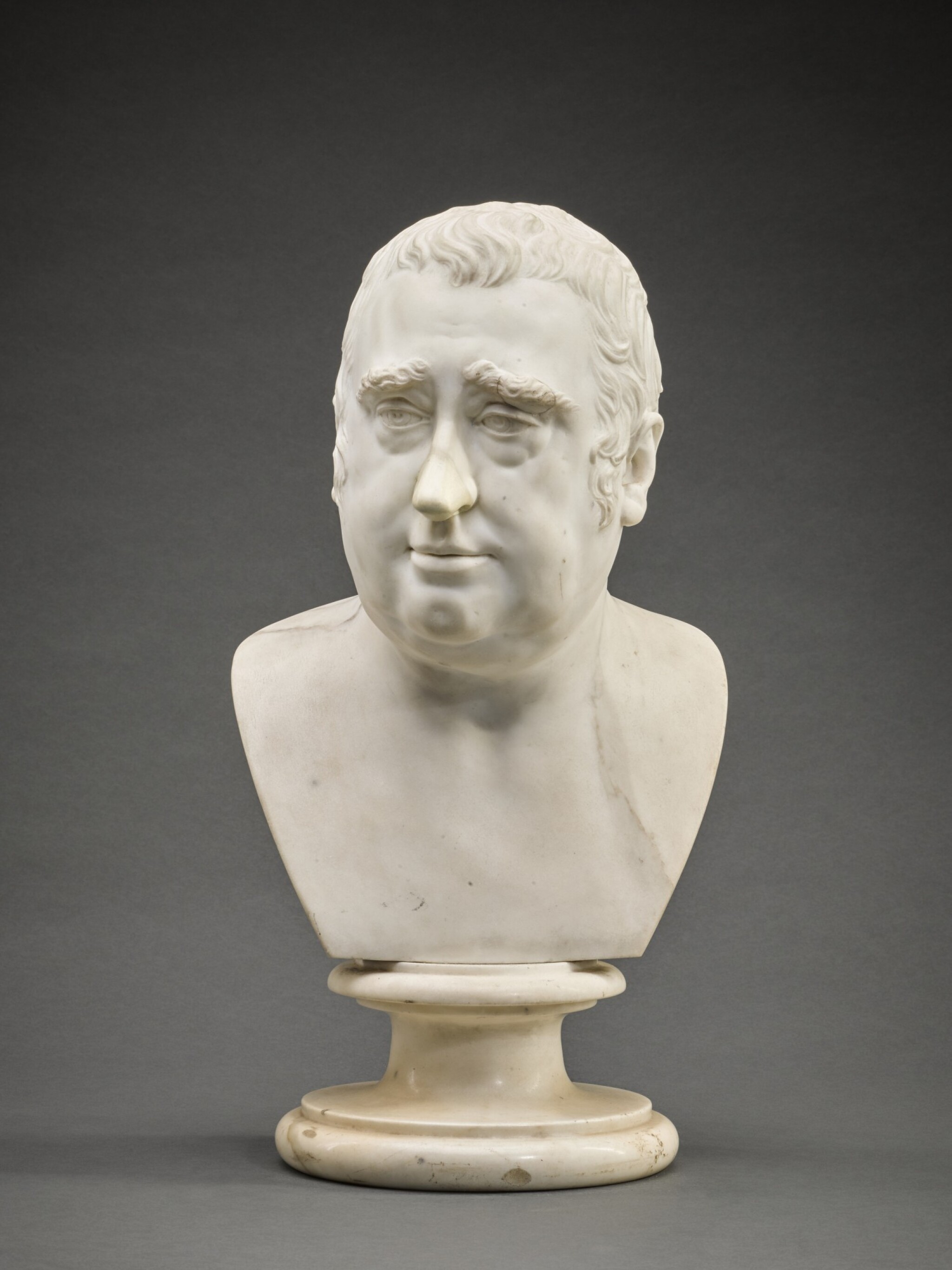 thence by family descent to the present owners

The nose is restored and there is a reattachment with a visible joint to the proper left eyebrow. There are several dirt marks notably at the back. There is some natural veining to the chest and the shoulders. There is a crack to the socle at the back and a few minor chips. Otherwise the condition is good with some further surface wear and dirt consistent with age.

The present bust follows the prime version made by Nollekens in 1802 for Francis Russell, 5th Duke of Bedford. The model is the second portrait of Fox made by Nollekens. The sculptor had executed an earlier portrait of the the sitter (wearing a wig) in 1791, which was exhibited at the Royal Academy in that year and is now in the Hermitage Museum, St Petersburg (inv. no. H. ck.13).

The Woburn portrait was popular amongst Fox's friends and supporters, many of whom had copies made. A version dated 1808 and acquired by the Prince Regent is in the Royal Collection (RCIN 35430). The present marble was almost certainly acquired by Charles, 8th Lord Kinnaird, who was a strong Fox supporter.

Charles Kinnaird, 8th Lord Kinnaird, was an important art collector and whig politician. He was highly educated, having studied at Eton, and the universities of Edinburgh, Cambridge, Glasgow and Geneva. According to Millar, 'From that time until the death of his father in 1805 he voted consistently with the Foxite whigs, and rendered valuable aid to the party in the repeated attacks made upon the Addington ministry' (op. cit.). Kinnaird was an Italophile, who was in Venice in 1805 when he learned of his father's death. He was a prolific art collector who assembled one of the great Scottish collections of antique statuary and pictures. Many of his paintings, which included works by Rubens, Titian and Poussin, had come from the collection of Philippe Égalité, duc d'Orléans.