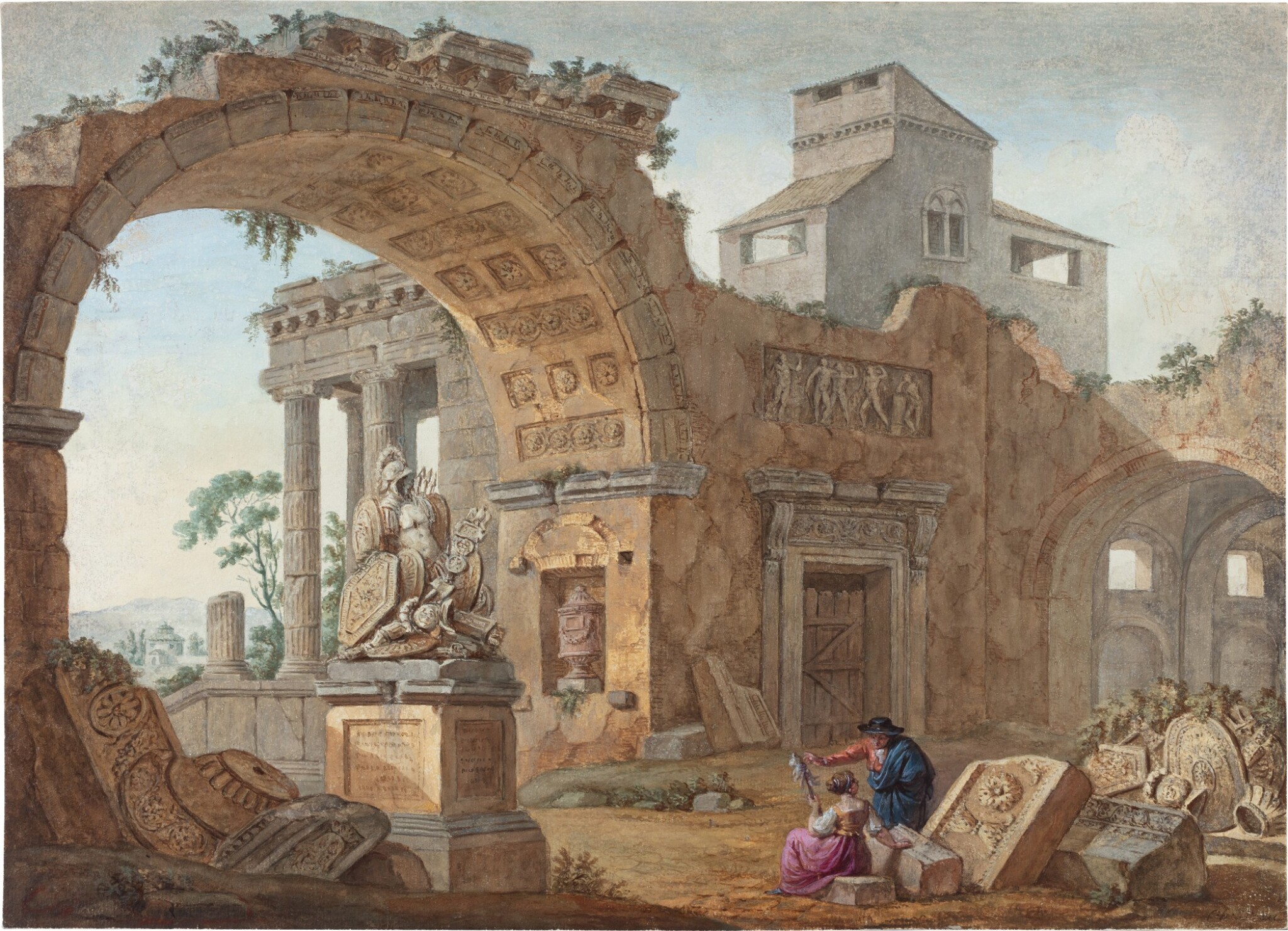 Pen and ink and watercolor with touches of gouache;

Overall in good condition. Some minor rubbing/abrasions around the edges, more so at the upper margin. Light discolouration in the upper right section. Overall colours strong and vibrant throughout. Sold unframed.

Clérisseau trained as an architect in Paris. In 1755 he went to Italy, where he taught, and was subsequently employed by, Robert Adam. He worked in Russia in the 1770s for Catherine the Great, and later went on to collaborate with Thomas Jefferson on the design of the Virginia State Capitol. Robert Adam recorded that Clérisseau drew constantly. He was particularly prolific during the 1760s and 'his ruins', as Adam referred to these drawings, were the means by which he made his living.

For more on Clérisseau's relationship with Robert Adam and his drawings of Italy, see Thomas J. McCormick, Charles-Louis Clérisseau and the Genesis of Neo-Classicism, Cambridge, Mass., 1990, pp. 117-124.