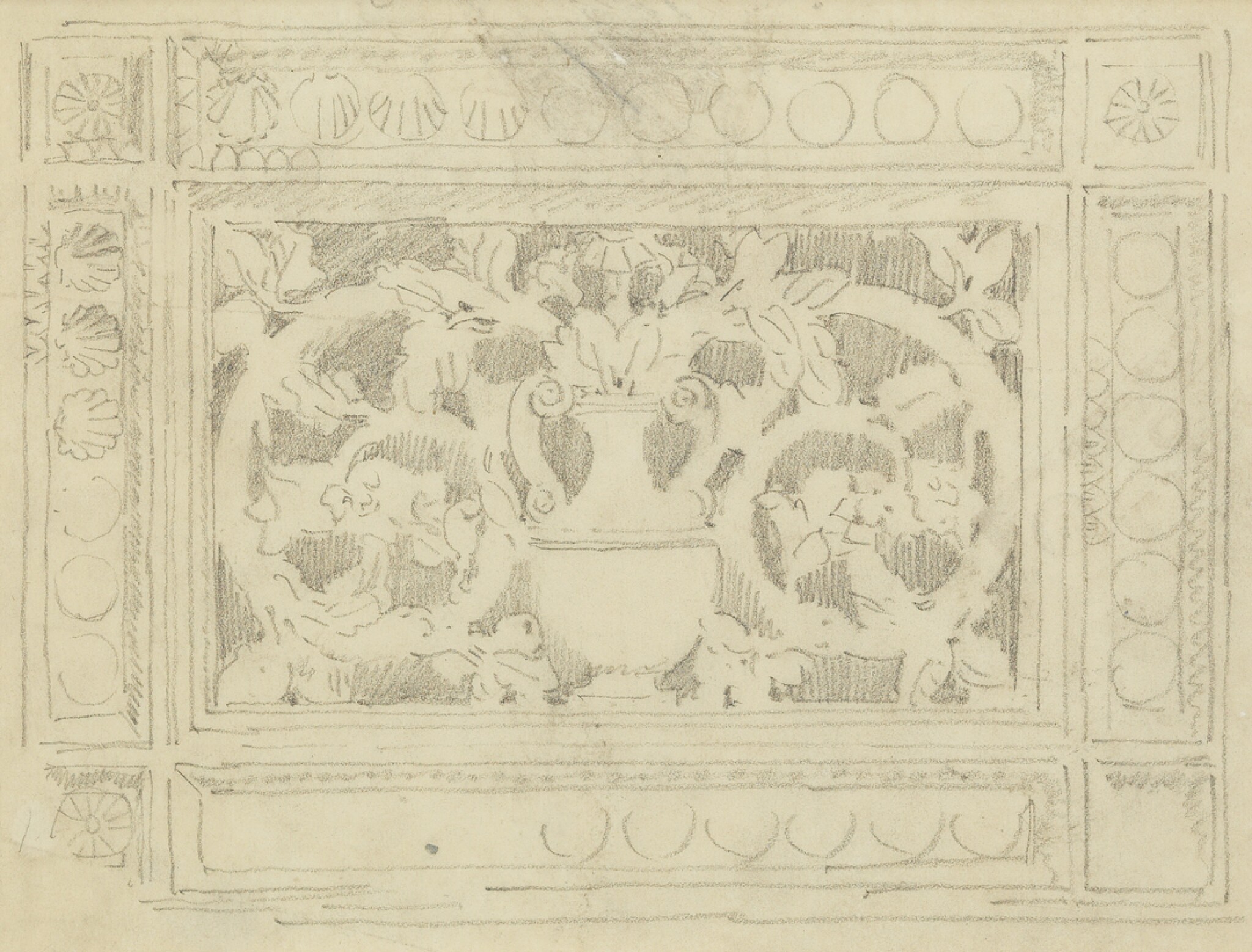 The most sought-after society portraitist of his time, as well as a highly accomplished painter of landscapes and genre scenes, Sargent was b. in Florence to well-to-do American parents. The French-trained Sargent depicted his sitters with a bravura brushstroke and a degree of originality that were highly progressive at the time. As a result, he enjoyed critical notice and important patronage, but also weathered some controversy. Though he spent most of his life abroad, his American ties brought him numerous portrait commissions as well as important commissions for the mural programs at Boston's Museum of Fine Arts and the Boston Public Library. Sargent's works, whether in oil, watercolor, or charcoal, are marked with naturalness and a distinct sense of immediacy due to his remarkable technical facility as an artist. Whether monumental portraits or casual outdoor scenes, his works possess a freshness and fluidity seldom matched in any era. Sargent spent much of his free time painting and sketching outdoors, and his landscapes, architectural, and subject pictures -- influenced by his friendship with Claude Monet and frequently executed in watercolor -- depict the various locations he visited, including Italy, rural England, Giverny, the Mediterranean, northern Africa, and the Alps. The artist devoted a large portion of his late career to his mural projects, and also served as a war artist during World War I.