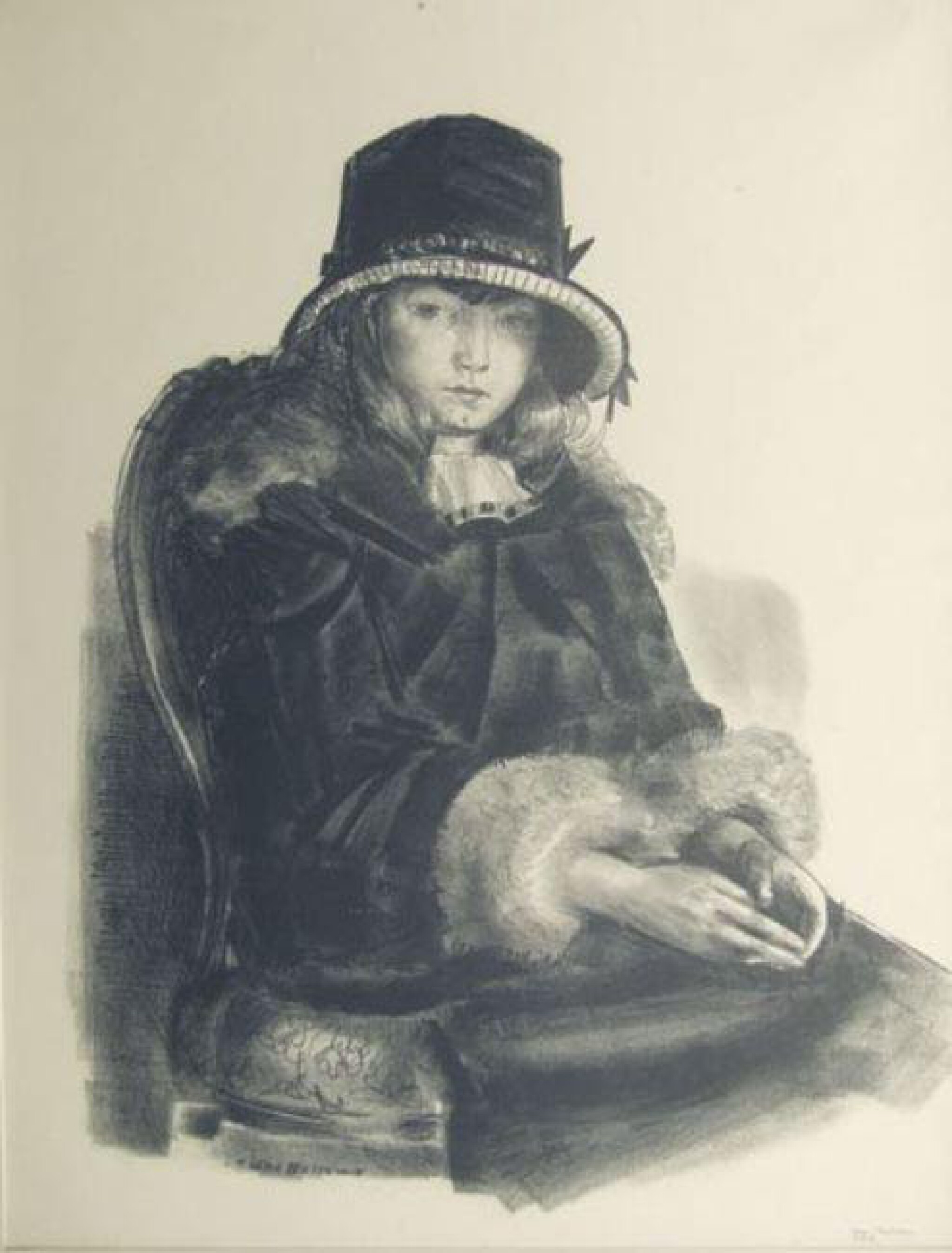 George Bellows was born in Columbus, Ohio, on August 12, 1882, the only child of a successful building contractor from Sag Harbor, Long Island, New York. He entered Ohio State University in 1901, where he played baseball and basketball and made drawings for college publications. He dropped out of college in 1904, went to New York, and studied under Robert Henri (American, 1865 - 1929) at the New York School of Art, where Edward Hopper (American, 1882 - 1967), Rockwell Kent (American, 1882 - 1971), and Guy Pène du Bois (American, 1884 - 1958) were his classmates. A superb technician who worked in a confident, painterly style, Bellows soon established himself as the most important realist of his generation. He created memorable images of club fights, street urchins swimming in the East River, and the Pennsylvania Station excavation site and garnered praise from both progressive and conservative critics. In 1909 he became one of the youngest artists ever admitted as an associate member of the National Academy of Design.