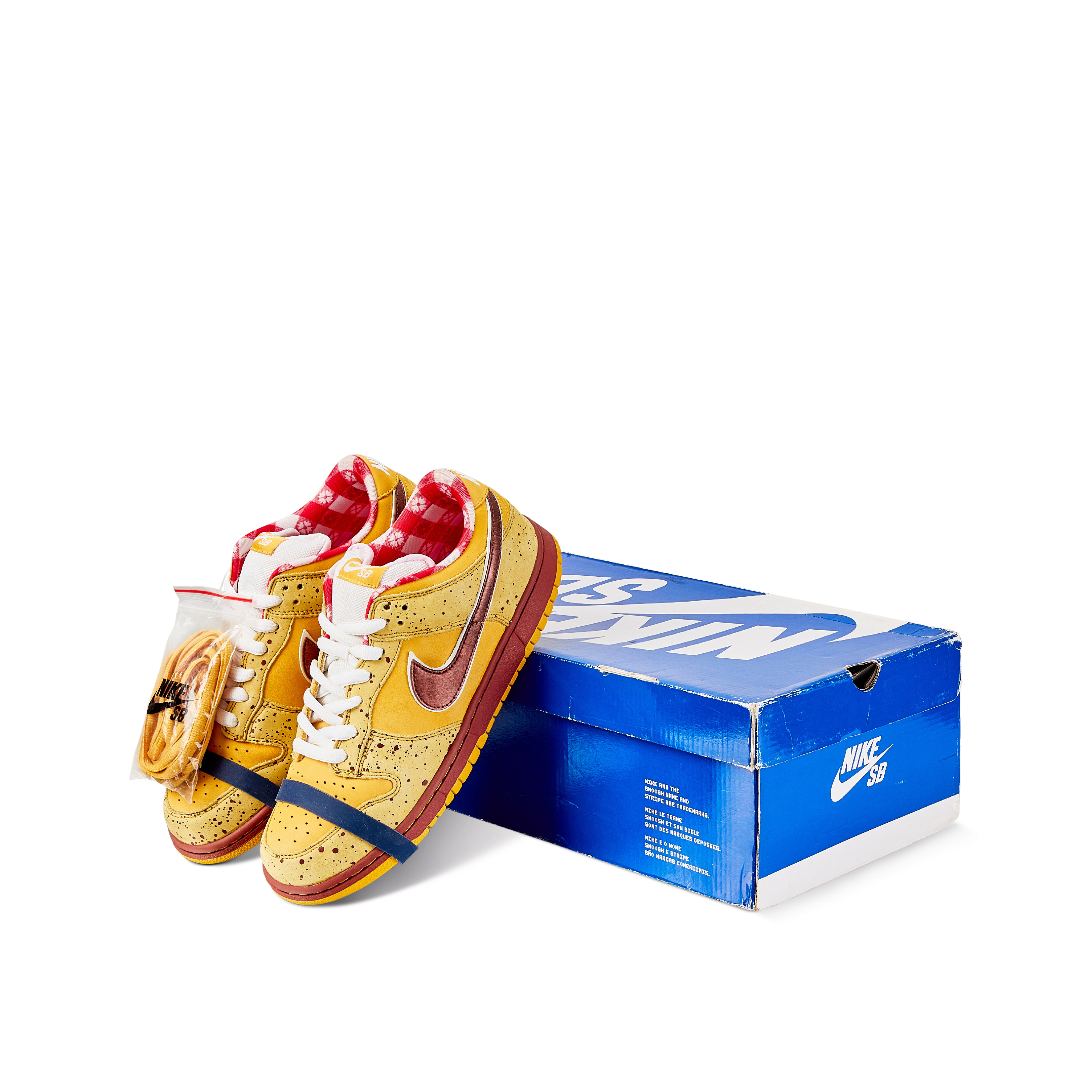 Nike and CNCPTS collaborations on ‘Lobster’ SB Dunks remain some of the most popular and iconic Nike Dunks the brand has ever created. They have been made in red, yellow, blue, green and purple variations, all of which are coveted by sneaker collectors worldwide. The concept itself was inspired by the traditional New England lobster dinner experience.

I was looking at the Nike SB webpage and only two shoes jumped out at me. Then I thought about Nick Diamond’s Tiffany Dunk and that Gucci one. They both had that weird luxury thing. So then I’m like, “F*ck. What does Boston have?” When someone’s visiting, they always want to have lobster. Lobster is the only thing on the menu that says “market price,” or considered to be very expensive.

The idea behind the Yellow Lobster was to create incredible scarcity. As said by Nike, “Your chances of pulling up a Maine lobster trap and finding a yellow lobster are roughly one in 40 million and while the odds are better of finding the Yellow Lobster Dunk Low Pro SB, they’re an equally rare anomaly.”

In a speckled golden ochre, with both the flannel bib and blue rubber bands, this pair borrows the same build and design as the previous Red and Blue renditions. As each color correlated to a type of lobster, the rarity was based on the rarity of finding the matching lobster in the wild.

The sneakers were not found at retail and only given to friends and family of the brand surrounding the release of the ‘Blue Lobster’ Dunk. It is said that only 36 were made, making them an incredible catch for sneakerheads globally.