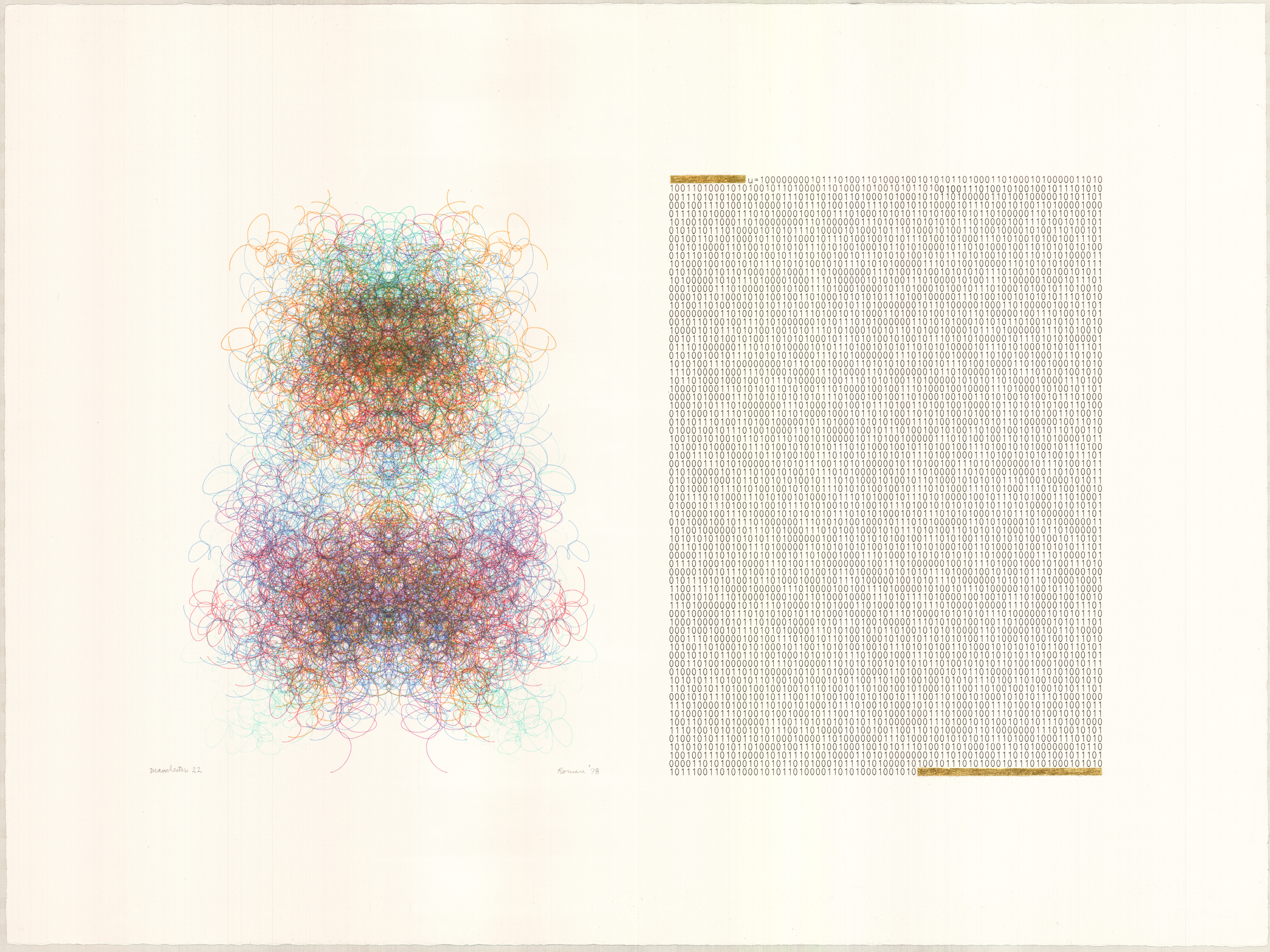 Manchester Illuminated Universal Turing Machine, #22. is part of one of Verostko’s most important bodies of work, the Illuminated Turing Machines, a series of deeply metaphysical plotter drawings inspired by Alan Turing’s conceptual description of a machine that can perform any type of algorithmic mathematical calculation. Drawing on his theological and philosophical backgrounds, Verostko pairs the binary code for such a machine with an artistic depiction of the universe of things it cannot compute. In this work, Verostko creates a modern version of a Medieval biblical text, radiating an aura of authority and embodying the spiritual struggle of transcendent existence.

Unlike ink jet printing, which creates an image with one layer of ink, one parallel line after another, a plotter draws lines on top of each other as the work is created–just as with a traditional artwork. The effect of light moving through the layers of ink adds to the beauty of the piece and its dimensionality. In addition, because traditional inks and paper are used, there are none of the archival issues present with early inkjet prints.

As the plotter arm moves across the face of the paper and changes direction we see its “hand” in the intensification of color at the end of the strokes and when the pens reverse direction. In the center areas when strokes begin to pile up a richness of harmonious tones reminiscent of stained glass develops. Verostko reins in the energy of abstract expressionist-style curvilinear gestures with vertical symmetry that further drives home the tension between mathematical order and a more emotional space. On the right side each numeral is painstakingly plotted with fine black lines. Gold leaf rectangles mark the beginning and end of the code section.

Manchester 22 is a work that operates on many levels and can speak to those with a deep understanding of mathematics and computer science or those with none at all but who simply resonate with its powerful presence.