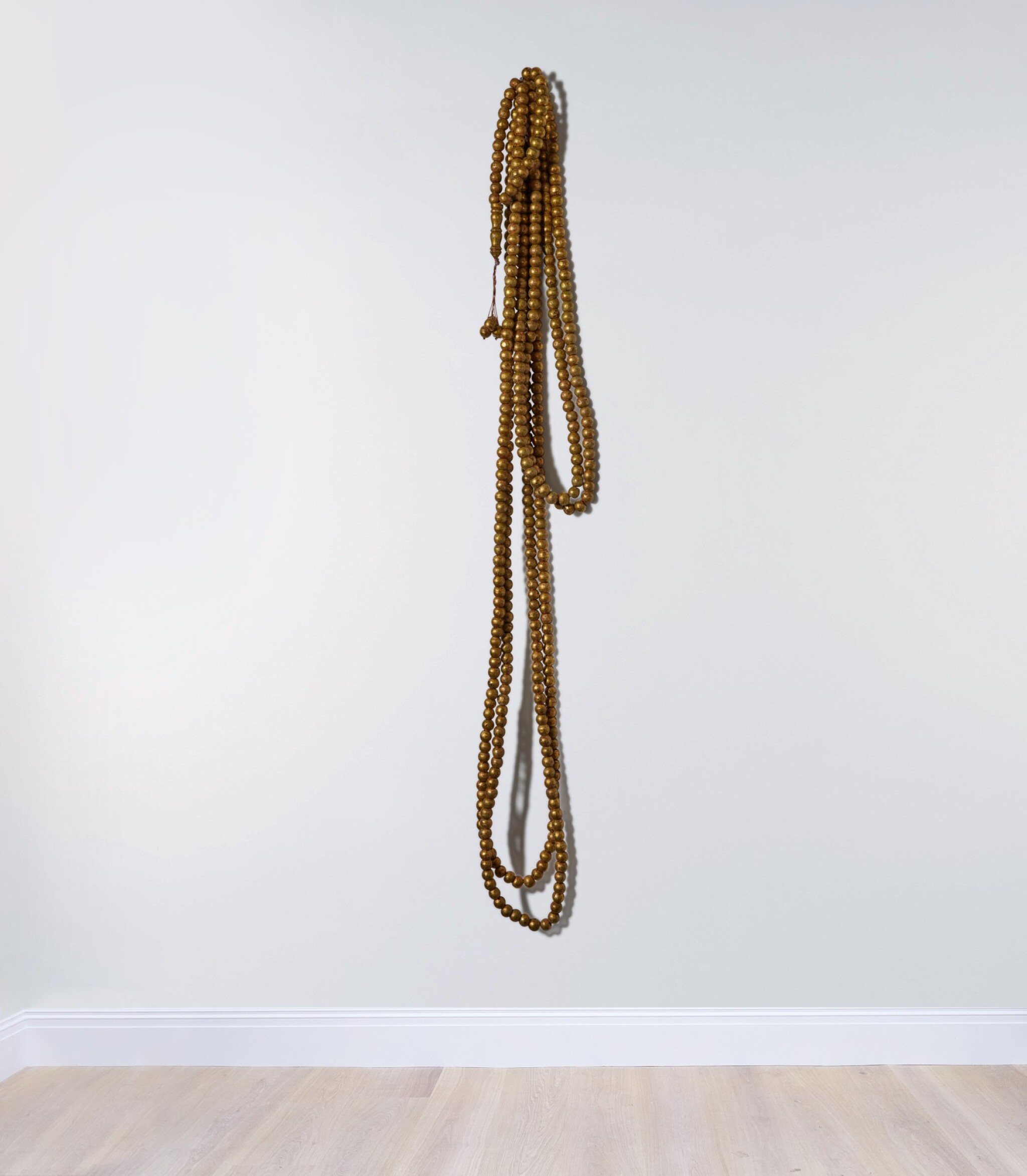 Zarina not only mastered the art of print making but also explored her ideas in the three-dimensional sphere, using various media such as paper, metal, wood and terracotta. In the current work, Zarina has utilized gold leaf to expound on the concept of noor (divine light). The maple wood beads are coated with gold leaf and strung on leather to create a large scale replica of a Tasbih (prayer beads) - and, as noted by S. Kalidas, 'the effect is pure magic'. (S. Kalidas, 'A Sacred Geometry of Light and Dark: The Radiant Transits of Zarina Hashmi', Zarina Hashmi: Recent Work, Gallery Espace, New Delhi, 2011, unpaginated)

Following her time in India and Thailand, Zarina believed gold was imbued with a spiritual, auspicious quality. (ibid.) The artist, reflecting on the influence of noor in her works, observes:

'I have always been attracted to a spiritual life; it makes me humble knowing that there is a greater power guiding me. My recent work dealing with darkness and light is a manifestation of this interest. Noor (divine light) is an age-old concept prevalent in many religious traditions... Sufi mystics believe that your soul is part of noor, and when you come to this earth, it is separated from the divine. All your life the light has abandoned you, and you long to be reunited with your creator.'

Zarina is known for her astute use of minimalism and the profound sense of contemplation which her works invite. As with her prints, Tasbih (Gold) has an austere beauty, but is set apart by its grand scale, inherent tactility and reverential aura.

Her unique body of work has gained the artist international recognition. Zarina is represented in major art institutions such as The Met, Guggenheim, MoMA and Whitney Museum in New York, the Art Institute of Chicago, the Hammer Museum, Los Angeles, the Centre Pompidou, Paris, Tate Gallery, London, the Contemporary Art Museum and Kiran Nadar Museum of Art in New Delhi. In 2012, Zarina was honored with a landmark retrospective, shown at the Hammer Museum, Guggenheim and Art Institute of Chicago.