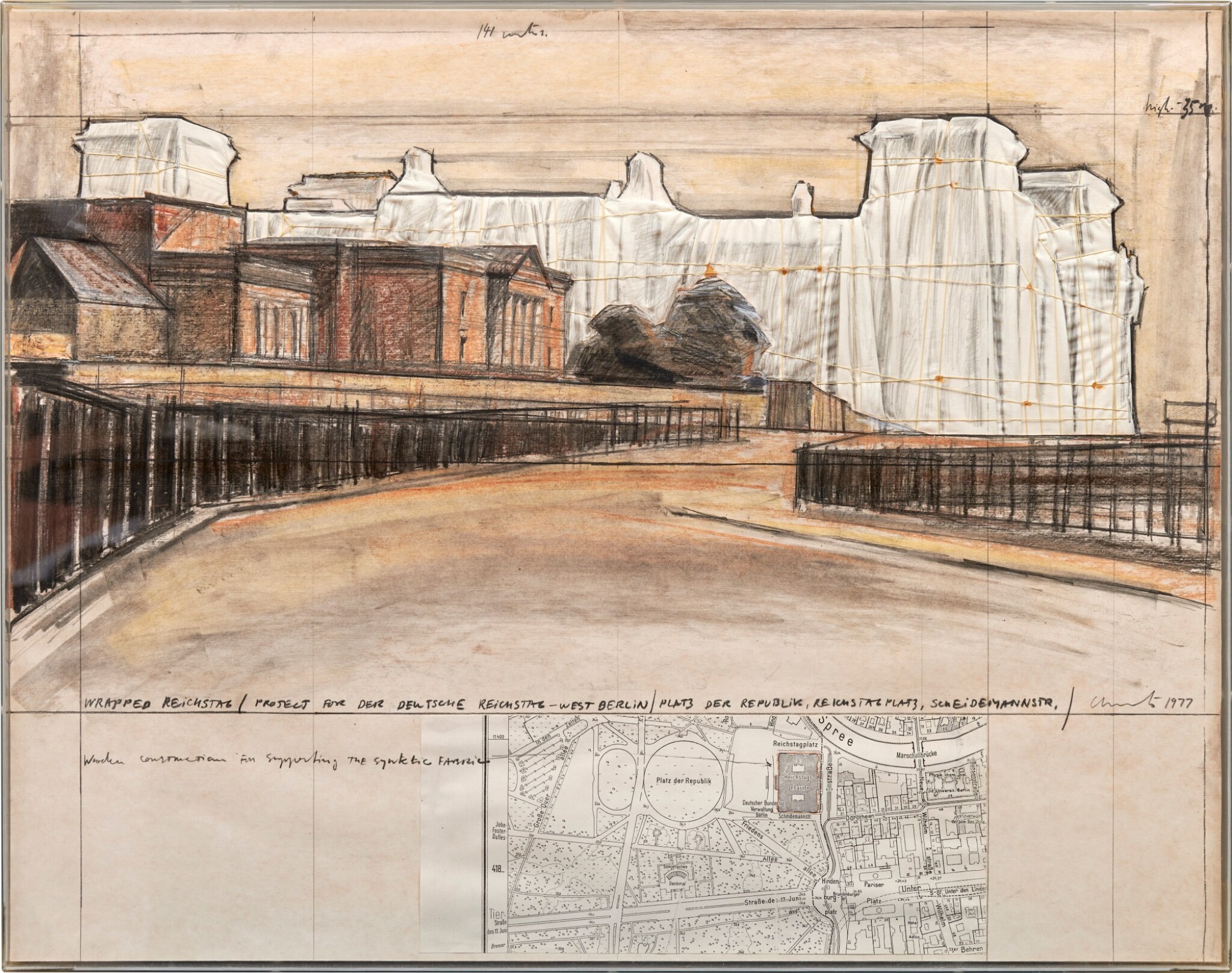 This work is in very good condition. All collage elements are stable. All surface irregularities are in keeping with the artist's choice of materials. There are some superficial scratches to the surface of the plexiglas. This work hasn't been examined outside of its frame.

Christo and Jeanne-Claude’s Wrapped Reichstag project took place on June 24th, 1995. On this special day, 90 professional climbers and 120 installation workers accomplished a meticulously engineered choreography in front of a crowd gathered around the Platz der Republik, making the historical building disappear beneath kilometers of silver fabric and blue rope. Describing their project, the artists stated: “The richness of the silvery fabric, shaped by the blue ropes, will create a sumptuous flow of vertical folds highlighting the features and proportions of the imposing structure, revealing the essence of the Reichstag”.

Five years after Germany’s reunification and four years before the reinsertion of the national parliament in Berlin, people had two weeks to rediscover this highly important symbol of democracy.

Among the preparatory studies used to conceive the project of the Wrapped Reichstag, the present work recalls the preparation required to create a visual event of this scale. Not only crucial in the thinking process, such studies, collages and scale models have been used to fund the creative initiative, entirely financed by the artists. Created in close collaboration with the social ecosystem of Berlin, the Wrapped Reichstag project harnessed the communal energy and its potential to create a temporarily experience of great visual beauty.