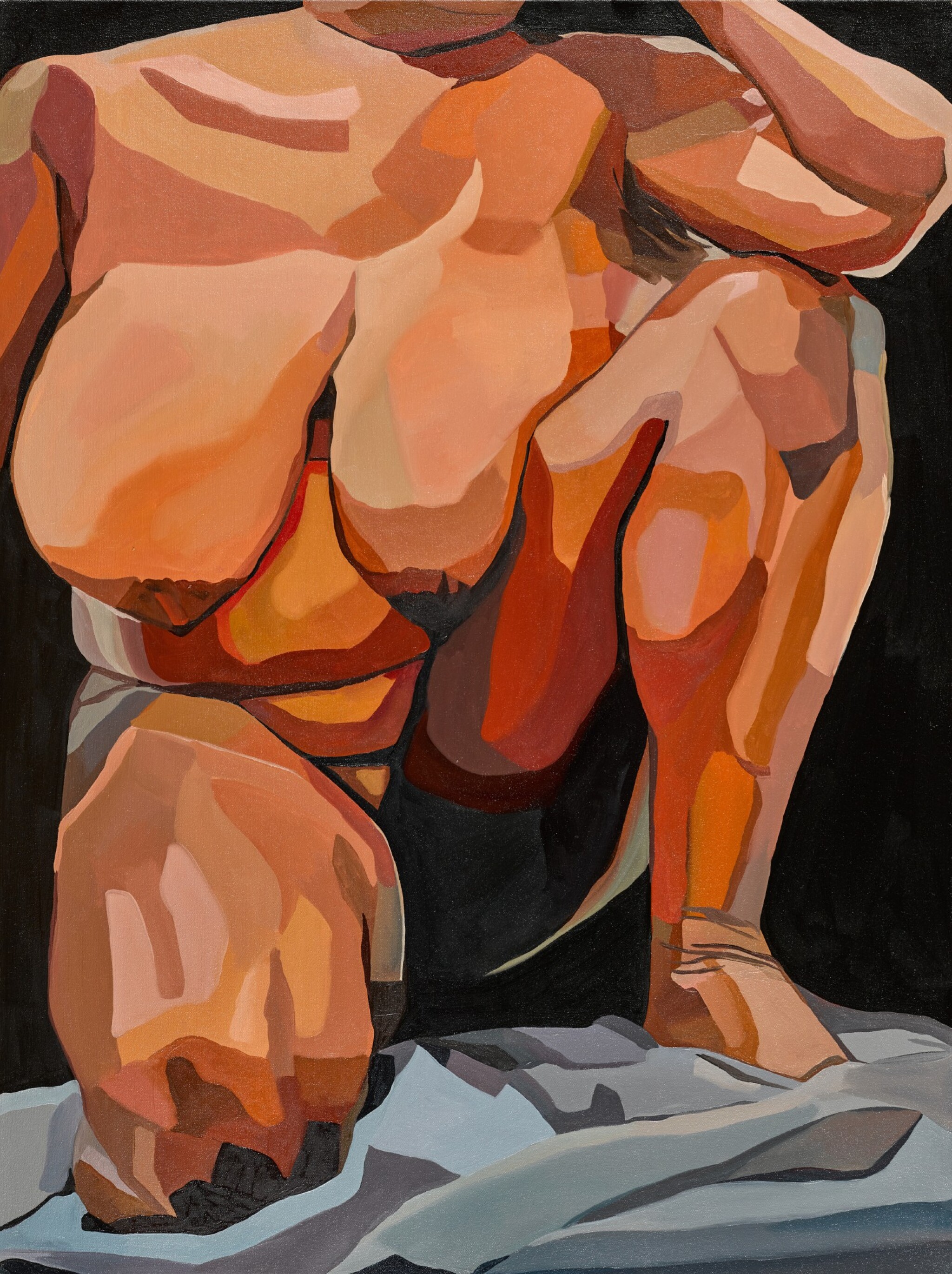 This work is in very good condition. Inspection under UV light reveals no clear signs of restoration or repair.

Donated by the artist and Tiwani Contemporary

"I think a not-for-profit space for artists to be nurtured and educated is invaluable, but more so in Lagos where there are few and far between. I also think it's a huge honour to be able to honour and continue Bisi Silva's legacy in this way. I didn't meet her but so many people in the art world champion her vision, what she created is amazing.”

Labinjo’s figure is emphasized by muted and simplified backgrounds, distinct from the dense compositions of her earlier paintings. Departing in colour and composition from previous works, these works present muted earth tones alongside a solitude that dominates each image and contrast with the vivid, saturated colours and social exchanges shown in earlier paintings. She continues to hone distorted renderings that percolate between abstraction and representation. Each work positions Labinjo’s body against a new beginning or a space to be populated by unforeseen content.

In the context of historical and contemporary events in Nigeria, the works also recall the significance of female nudity and its link to collective action in the West African country. In the early 20th century, numerous accounts emerged of women using their nude body to dissent against onerous taxation structures and unfair laws during the country’s colonial period. More recently, Nigerian women have threatened and used naked protest against a range of happenings in the country including the abduction of school girls in Chibok in the north-east and, in the north, anti-violence in Kaduna respectively.