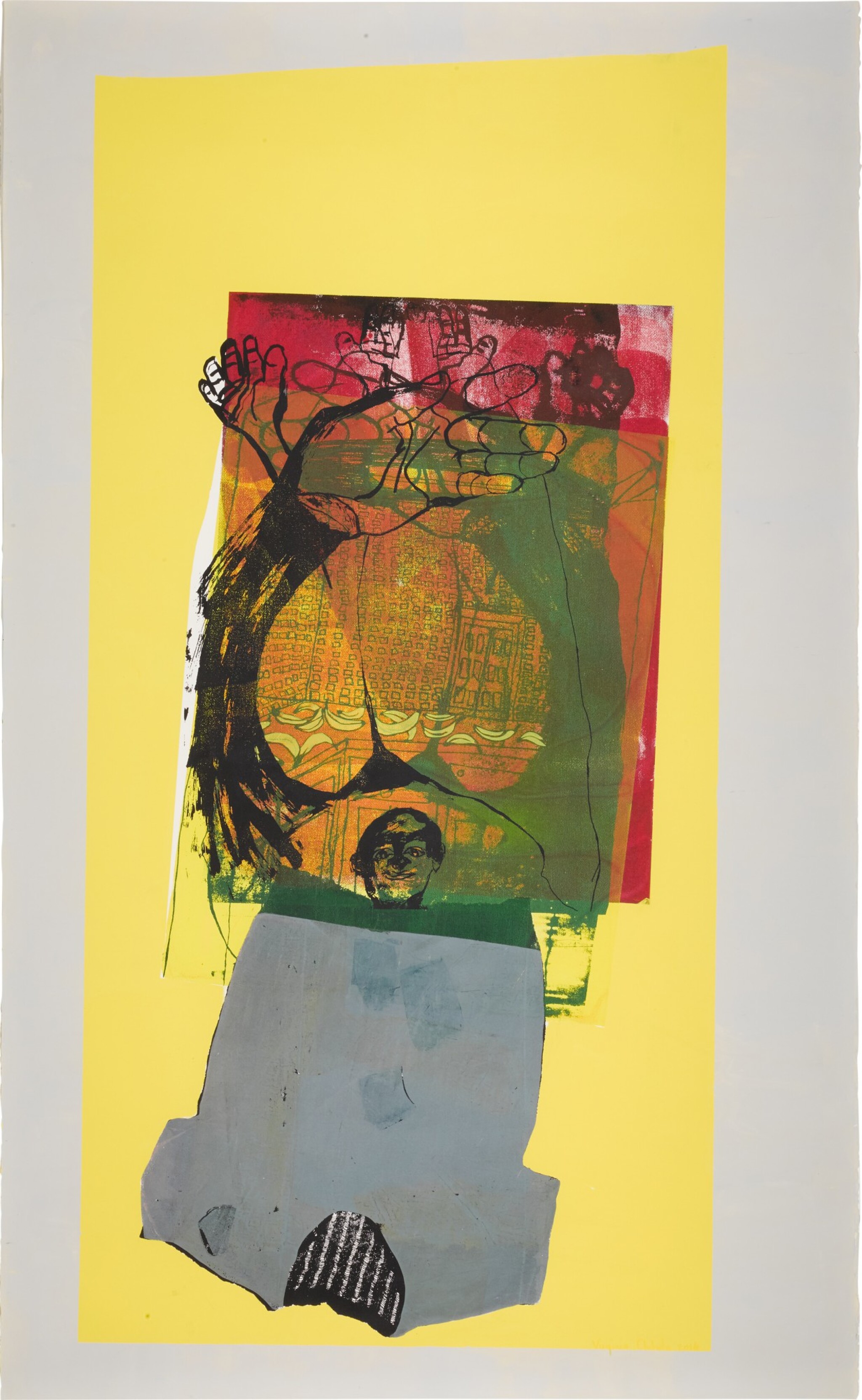 Please note this work has not been examined outside of it's frame. The work appears to be in very good original condition.

Donated by the artist and Tiwani Contemporary

Introspective in nature, Virginia Chihota's work is deeply influenced by personal experiences - landmark and everyday. In a reflection on intimacy and the human figure, she has addressed themes such as childbearing, childrearing, marriage, kinship, bereavement and faith. At once mundane and transcendental, rife with allusions to everyday life, and religious and folkloric symbolism, her large works on paper display a raw, expressionist verve and a striking grace in the elaborate use of patterns, textures and layers. Having trained as a printmaker, Chihota’s use of screen-printing is as confident as it is original. She mixes printing techniques with drawing to produce unique works of striking formal complexity. They often depict the female form blending into near abstraction, and bodies caught in strange embraces evoking a figural union; along with an iconographic repertoire which points towards the domestic whilst emphasising connectedness and collectivity. Chihota's work highlights the ways in which the female agency disrupts borders and activates concerns around different forms of belonging. Subjectivity emerges as a concept embedded in notions of interrelatedness.

Virginia Chihota was born in 1983 in Chitungwiza, Zimbabwe and currently lives and works in Addis Ababa, Ethiopia. She graduated in Fine Arts from the National Art Gallery Studios in Harare, Zimbabwe in 2006. Chihota represented Zimbabwe at the 55th Venice Biennale in 2013 and was awarded the Prix Canson in the same year.