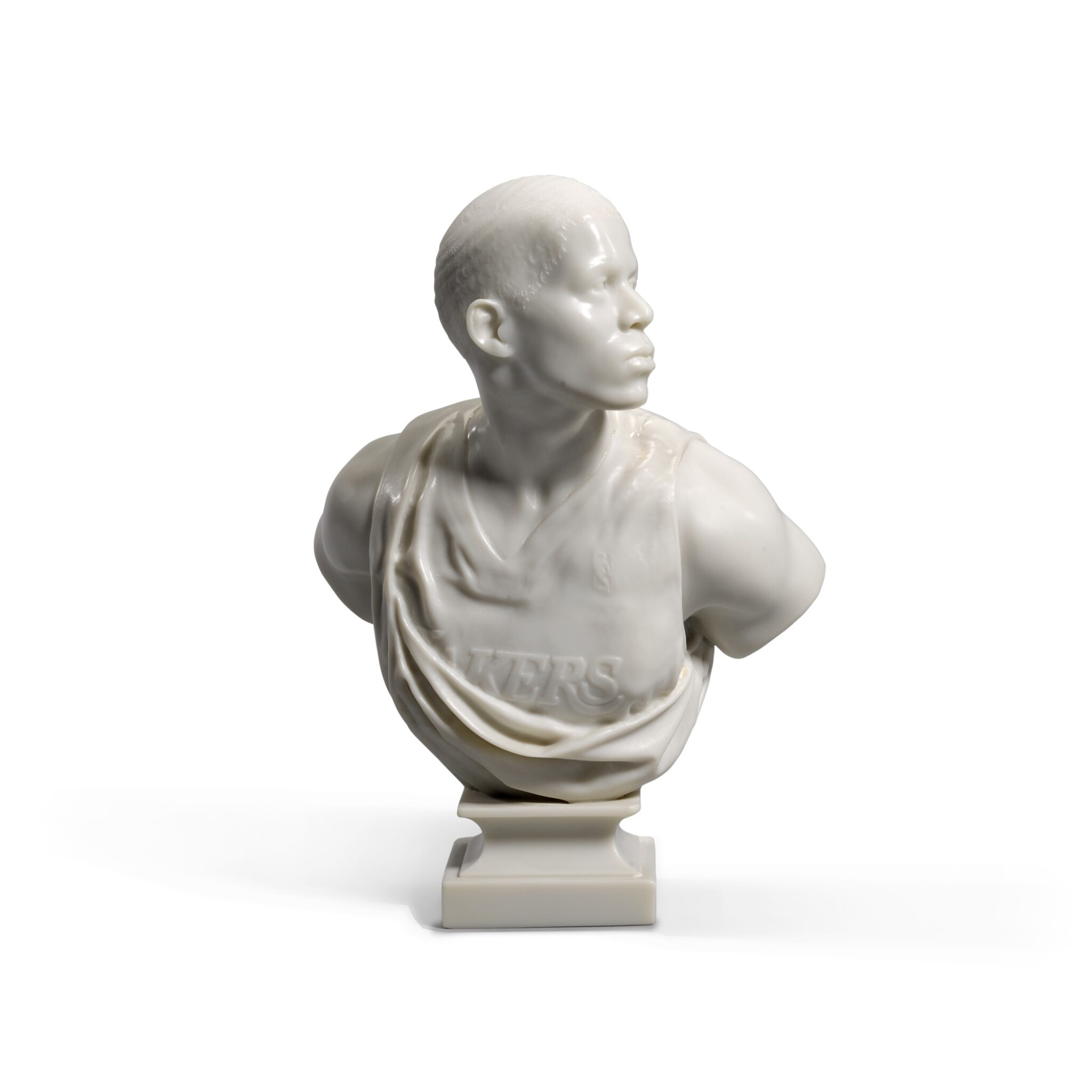 This work is in excellent original condition. Please note that this work is accompanied by an original box.

Jori Finkel, 'Show Us Your Wall: When a Mentor Said Tear Down Your Collection and Start Over, They Did' in The New York Times, 12 Feb 2020, illustrated (another edition)

The full hammer price for this lot will be split equally between CCA Lagos and Black Rock, Kehinde Wiley's multi-disciplinary artist in residence program located in Dakar, Senegal.

After La Négresse references a bust by the French sculptor Jean-Baptiste Carpeaux, perhaps the best-known 19th-century sculpture of an enslaved Black figure, which itself relates to Carpeaux's last monumental sculpture project, Fontaine de l'Observatoire, in Paris's Luxembourg Garden. To interpret this theme, Carpeaux elected to use four life-size female figures supporting a globe and representing different races as continents; La Négresse portrays a woman who is the personification of the continent of Africa. Created twenty years after the abolition of slavery in the French colonies in 1848, the subject’s resisting pose, defiant expression, and accompanying inscription – "Pourquoi Naître Esclave!" (Why Born Enslaved!) – convey an antislavery message. However, the bust also perpetuates a Western tradition of representation that long saw the Black figure as inseparable from the ropes and chains of enslavement.

Here Wiley reimagines the partially naked and bound woman as a male basketball player wearing a Lakers jersey. In so doing, the artist draws a connection between the sports economy and enslavement, challenging the idea of professional athletics as a pathway to liberation. He brings the viewers gaze toward the Michelangelesque sideward turn, while a Los Angeles Lakers NBA jersey metaphorically binds the figure, creating the analogy that many young urban men may believe that professional sports may be a path of emancipation. The man’s twisted pose and doubting expression suggest an ongoing struggle, possibly alluding to the unfulfilled promises of abolition. Like its referent, Wiley’s sculpture was also produced in multiples, which are cast from the typically discarded material of marble dust.

Another of this edition is in the collection of The Metropolitan Museum of Art, as is one of only two known versions of Carpeaux's La Négresse carved in marble; both are currently on view in their exhibition Fictions of Emancipations: Carpeaux Recast until March 2023.