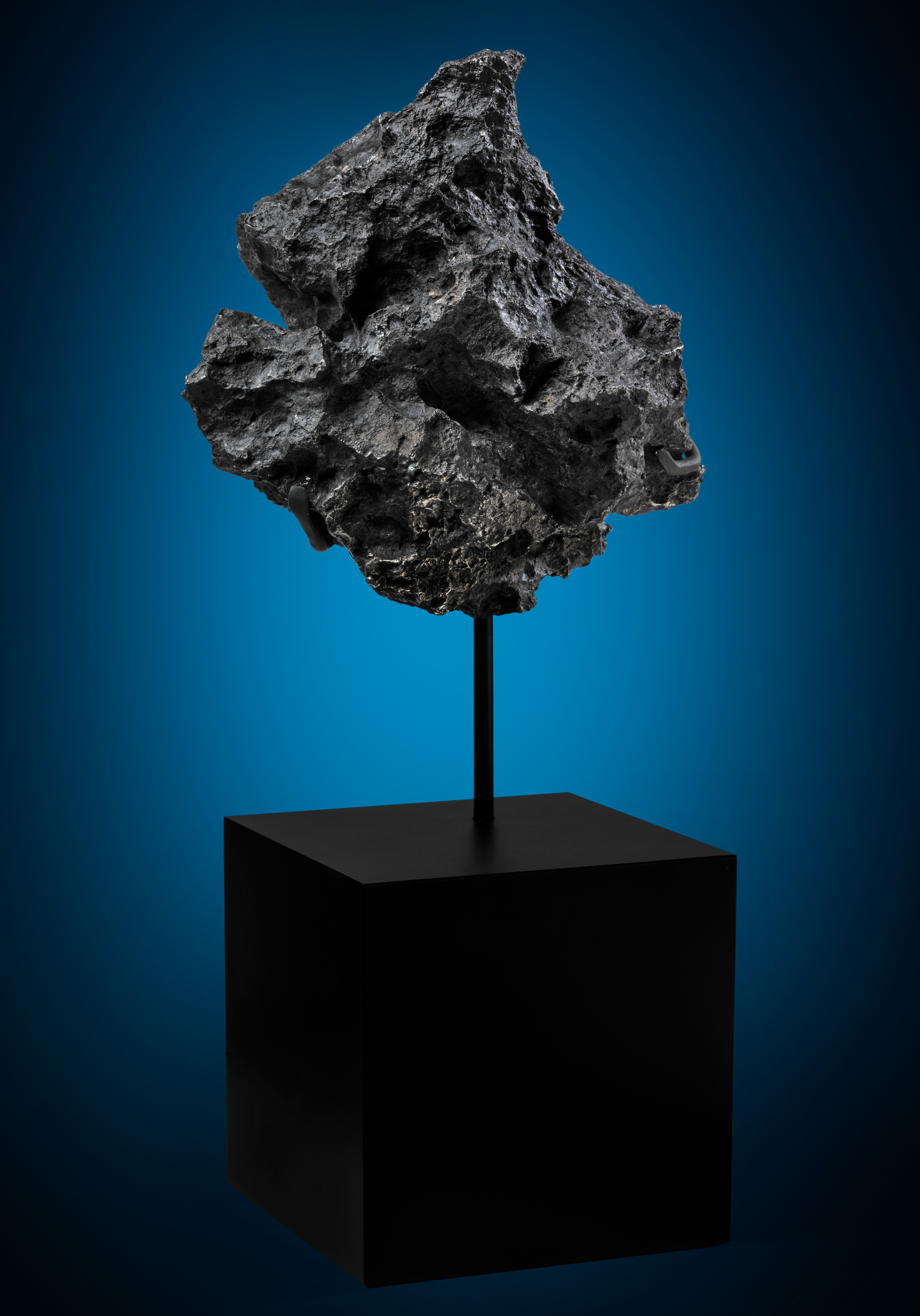 Similar to the previous lot. The Morasko Meteorite Nature Reserve in Poland features seven meteorite craters outside the town of Morasko — five of which are ponds. The Morasko event occurred approximately 5,000 years ago and in 1914 the first Morasko meteorite was discovered during World War I by German soldiers digging trenches. Since then other masses have been recovered including the current offering, among the more aesthetic Morasko meteorites known.

It is most unusual to be able to acquire meteorites associated with impact craters, as most craters erode over the millennia and Morasko is an exception. Moreover, Morasko, with its IAB classification is a silicated iron meteorite. Whereas most irons are derived from the molten cores of asteroids, the IAB group is believed to have formed near the surface of a chondritic asteroid following an immense impact — after which it experienced another impact. The early years of our solar system were akin to a game of pinball on a cosmic scale, and it’s not a coincidence the rise of life commenced following the curtailment of the frequency of such collisions. Speaking of life, like many iron meteorites, Morasko contains the phosphorus-rich mineral schreibersite, and many scientists believe it was deliveries of schreibersite via asteroid impacts that provided the phosphorus necessary to enable life.

Originating from the asteroid belt between Mars and Jupiter, this is a surprisingly dense meteorite. Two deep grooves provide an asymmetric balance to the highly textured surface. Small patches of fusion crust — the result of burning through Earth’s atmosphere 5,000 years ago — are still in evidence. The previous lot (see lot 114) approximates this meteorite’s internal structure should this ever be cut — which should never occur because this is an engaging tabletop sculpture from outer space. Accompanied by a custom armature.