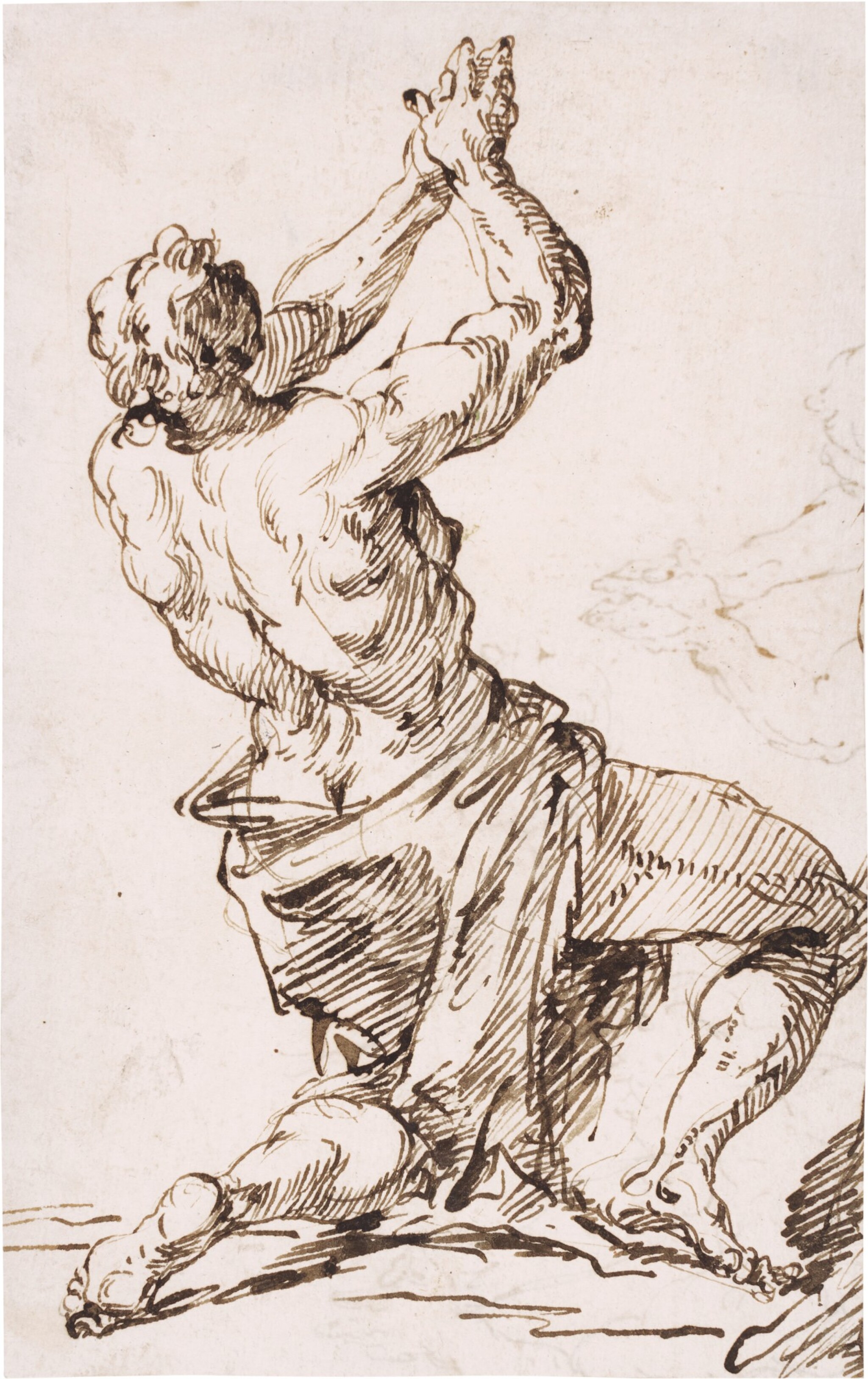 Recto: Study of a man kneeling, looking upwards, his hands joined in prayer

Window mounted. Overall in very good condition. Light staining at the corners and some show through of the figures on the verso. Sold framed.

This strong and dynamic pen and ink study of a kneeling man, his hands clasped in prayer, is most probably preparatory for a figure in one of Fontebasso's paintings.  The pentimento visible on the man's right, raised foot also indicates that the artist was working out the position as he went along, very probably with a larger composition in mind. Many kneeling figures appear throughout Fontebasso's painted oeuvre, but a tentative link can be made with his painting of S. Ludovico and Saints, in the Chiesa dell'Angelo Raffaele, Venice.1 A similarly posed, kneeling Saint Jerome, with his hands clasped in prayer, is located to the left of this composition, his right foot elevated on a marble step. In contrast, though, to the present drawing, the Saint's head is bowed downwards.

Another similar figure appears in a drawing by Fontebasso, depicting The Apostles Peter and John healing a Cripple, on the art market in 2007.2 That drawing originated from an album of some 55 studies all drawn on ledger paper with vertical ruled lines in black chalk running down the margins; other sheets from the same album are in the Metropolitan Museum of Art, New York.