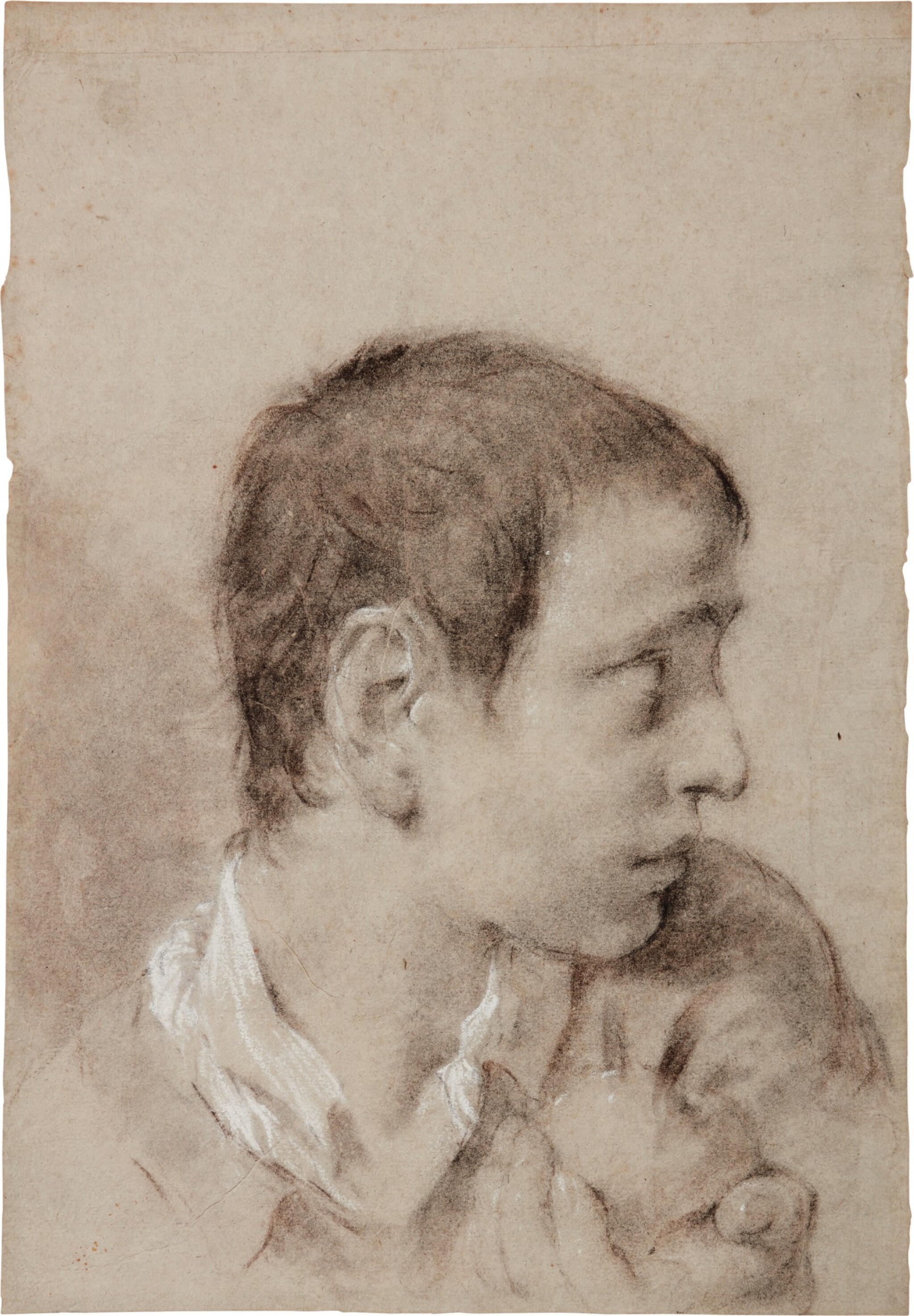 Hinged to a modern backing. A substantial portion of the upper edge of the sheet is currently covered by the mount. The left and right edges are a little uneven and there are some old creases to the paper, possibly integral to the sheet, around the neck and ear of the boy. There is a minor water stain to the left of the sheet and minor studio stains in places. There is a little rubbing to the chalk but it generally remains in good condition throughout, as does the white heightening. The blue paper retains much of its original color. Sold in a carved frame.

Piazzetta's reputation as a talented and brilliant draughtsman was established chiefly on the basis of studies such as this, which became known as 'teste di carattere'. His patrons and biographers often lamented his slowness in completing his paintings, but it seems he was able to produce very quickly these distinctive, finished and pictorial drawings, which became an important source of income for him, from early in his career.  Generally representing heads or half-length figures, executed on large sheets of bluish paper, these impressive studies soon became extremely popular with collectors and connoisseurs of Piazzetta's own time, and remain so today. They were conceived as works of art in their own right, to be framed and hung on the wall among paintings.

Speaking of the artist's technique in these remarkable works, Alice Binion observed ‘..the extraordinary tactility of the figures was obtained by his singular technique of modelling by smudging the chalk instead of using hatching,’1 a technique which creates a subtle sfumato effect full of nuances, like that of a painter in pastels. Nowhere in Piazzetta's drawn oeuvre is this technical brilliance more evident than in his teste di carattere, which are rightly the best known and most admired of all the artist's drawings.