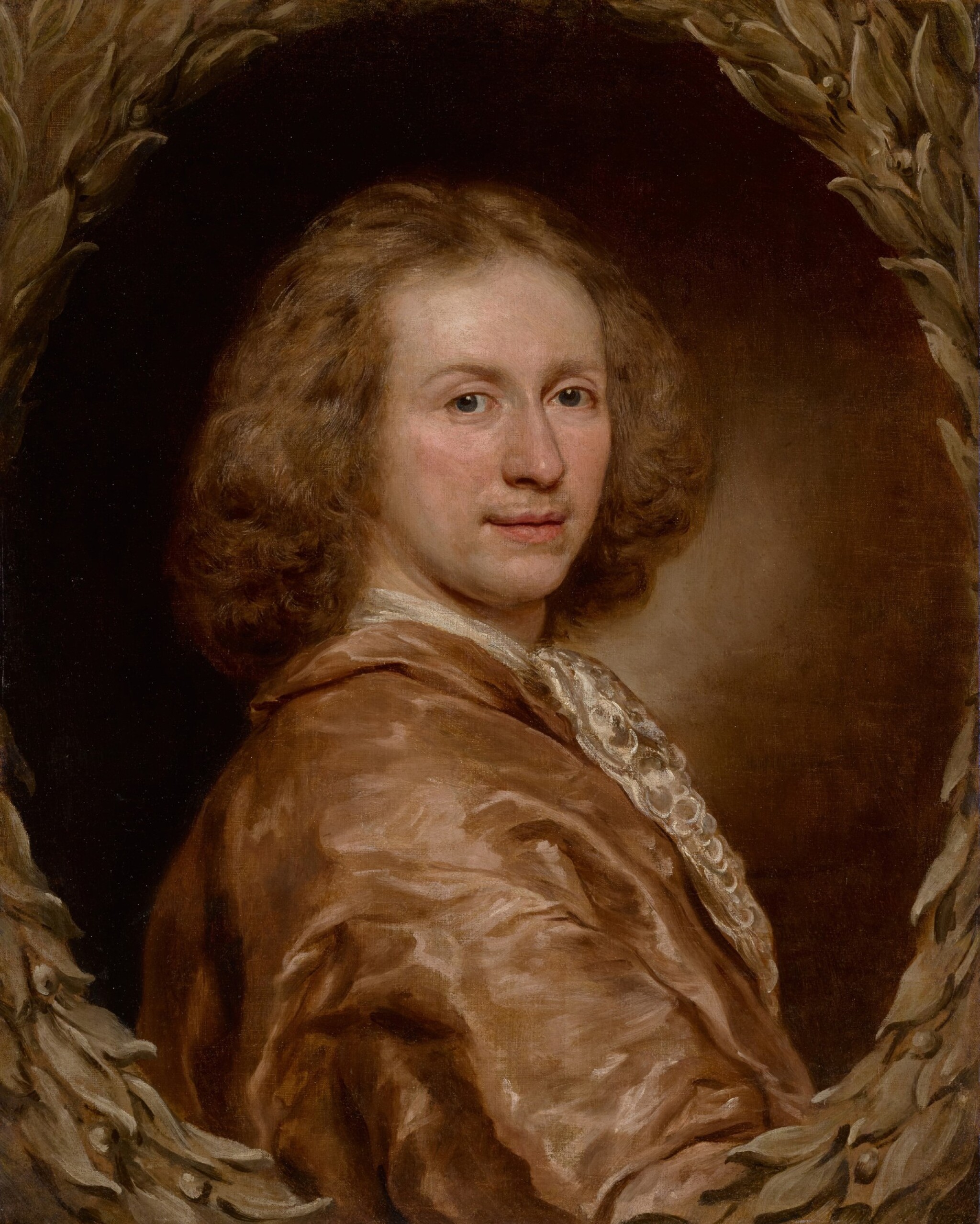 oil on canvas, in a painted oval

Jacob Ferdinand Voet painted this nearly monochrome self portrait in July 1681 while in Milan. It relates very closely to two other self portraits, one of which dates to circa 1673 and is today in the Galleria degli Uffizi, Florence,1 and one, which is similarly inscribed and datable to 1682 - 1686, is in the Pinacoteca Brera, Milan.2 The present lot dates between the two, and presents Voet as a masterful artist as well as a man of status and wealth.

Voet earned acclaim in Rome during the 1670s as a portraitist of nobility, though he was forced to leave when Pope Innocent XI disapproved of his revealing portraits of women. He arrived in Milan in 1680 and in 1681, the year of this self portrait, he was also recorded in the employ of the Medici in Florence. The focus on the sitter against a plain background and emphasis on the eyes are hallmarks of his portraits of elite sitters, and here he presents himself as equally important.

We are grateful to Francesco Petrucci for confirming the attribution to Voet on the basis of photographs.