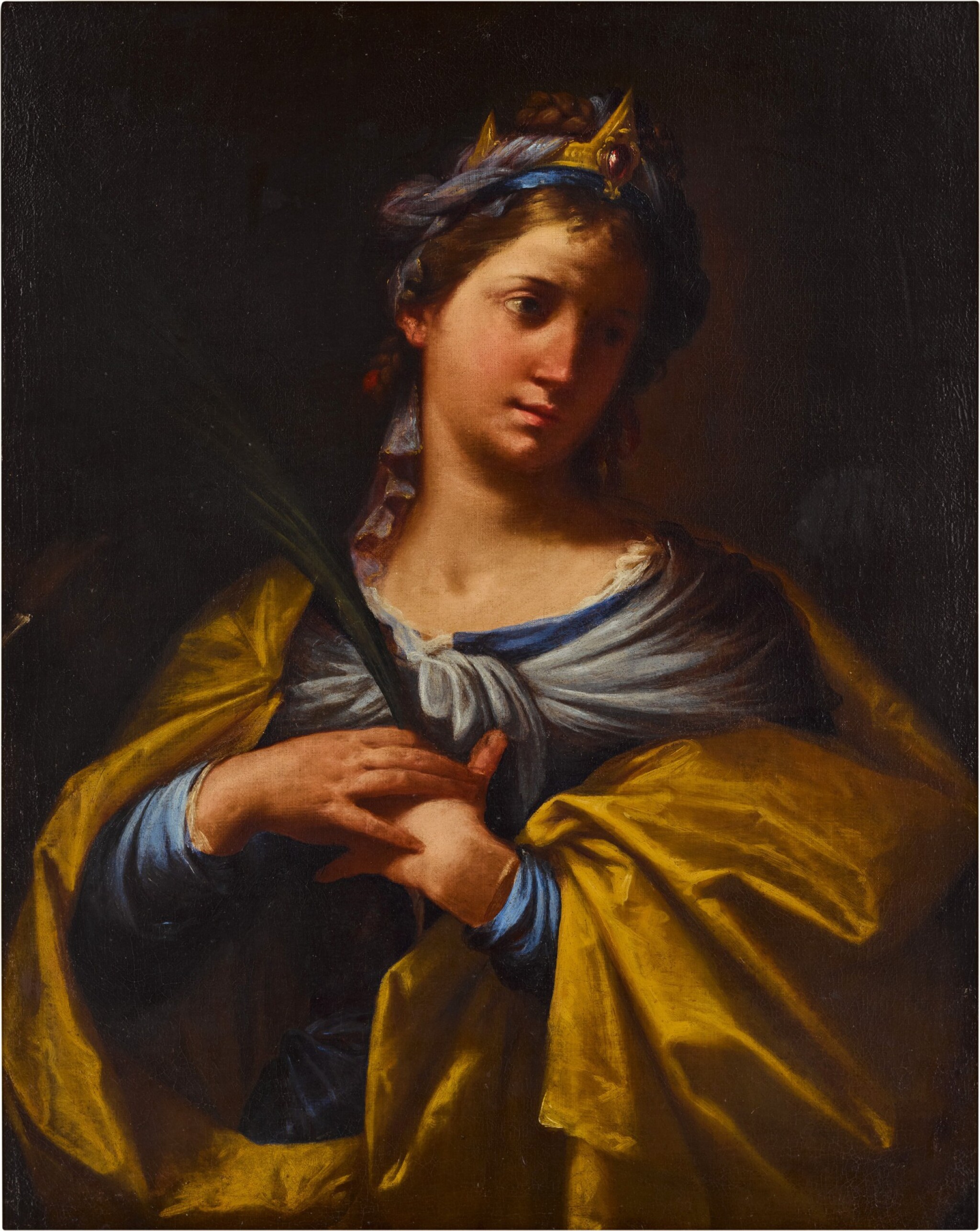 For further information on the condition of this lot please contact Neely.Metz@sothebys.com

This composition relates to another by Pasinelli in the Pinacotea Nazionale, Bologna, also depicting Saint Catherine. In particular, the facial type, and perhaps the same model, was used for the figure here.

The life of the Bolognese artist Lorenzo Pasinelli was recorded by his student and biographer, Giampietro Zanotti (1674-1765).1 Pasinelli trained in the studio of Simone Cantarini, one of Guido Reni's most talented pupils, and at the same time studied at the Accademia del Disegno under Alessandro Tiarini, Francesco Albani, and Michele Desubleo. After Cantarini's death in 1648, Pasinelli joined the workshop of Flaminio Torri, and three years later set out to establish his own career, quickly building a reputation as one of the leading masters of Bologna, rivaled only by that of Carlo Cignani. Over the next few decades, he received numerous international commissions and ran a workshop that flourished until he closed it in 1698, two years before his death. Among his most prominent students were Giovanni Gioseffo dal Sole, Gian Antonio Burrini, Aureliano Milani, and Donato Creti.

Alberto Cottino has previously endorsed the attribution of the painting to Pasinelli.2