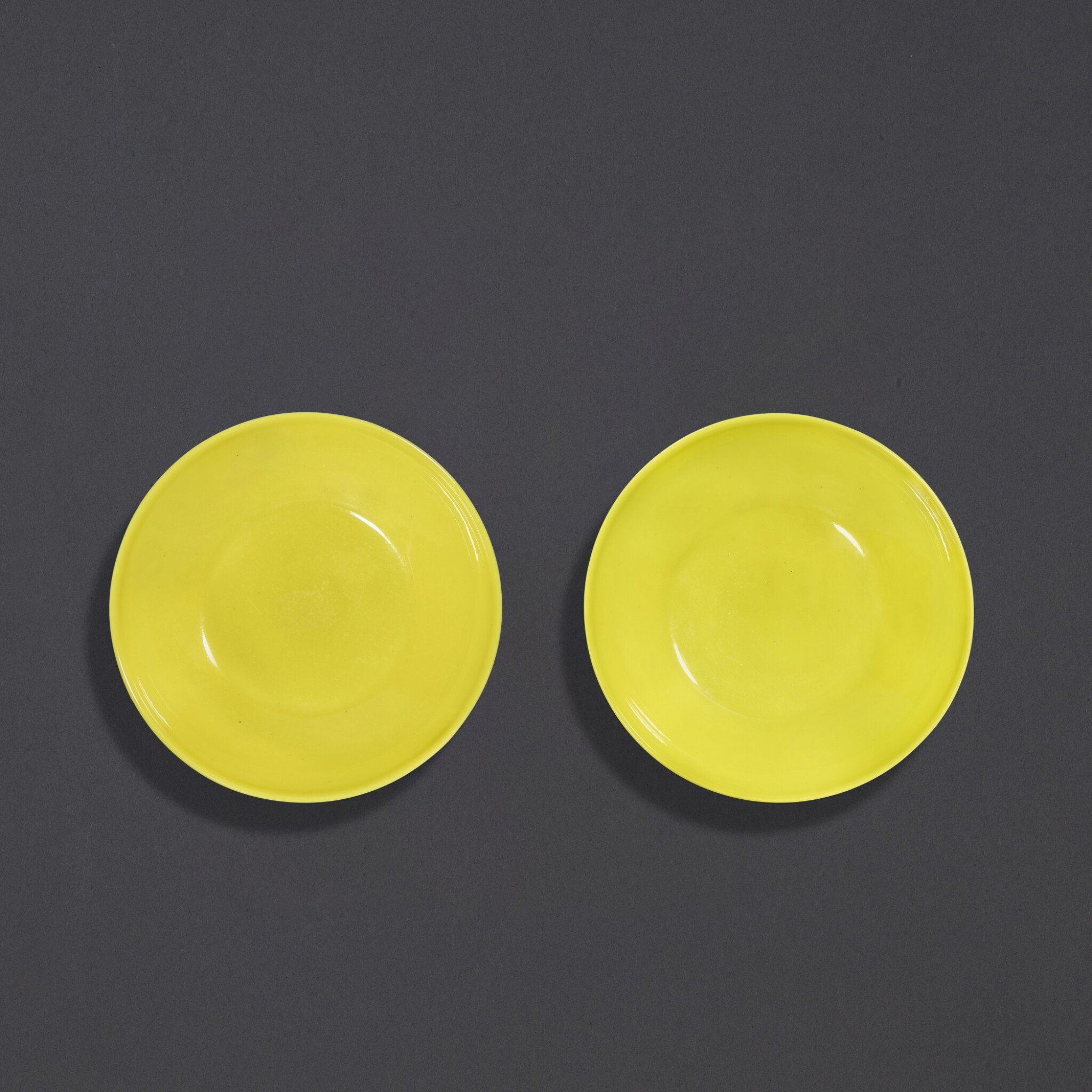 Marks and period of Yongzheng

The dishes are in very good condition.

《Imperial Porcelain of the Kangxi, Yongzheng and Qianlong》，馬錢特，倫敦，1996年，編號21

Deceptively simple in form and colour, lemon-yellow glazed vessels represent one of the most technically challenging porcelains to be produced. Monochrome wares of this type required absolute precision in potting, glazing and firing, as the smallest imperfection resulted in the destruction of the piece. Amongst all the different monochrome glazes, yellow is the only colour that has a direct imperial association. Although imperial yellow-glazed wares had been produced from the early Ming dynasty they were used exclusively for ritual ceremonies; thus lemon-yellow vessels provided the court with an alternative for daily use. The yellow glaze was derived from an antimoniate oxide and the lemon-yellow glaze was a Yongzheng innovation achieved when the antimoniate of iron was combined with tin oxide resulting in a dazzling translucent yellow hue.

See a similar pair from the Sir Percival David collection and now in the British Museum, London, published in the Illustrated Catalogue of Ming and Ch'ing Monochrome in the Percival David Foundation of Chinese Art, 1989, pls B543-4. Another example from the Paul and Helen Bernat Collection was sold in these rooms, 15th November 1988, lot 60.