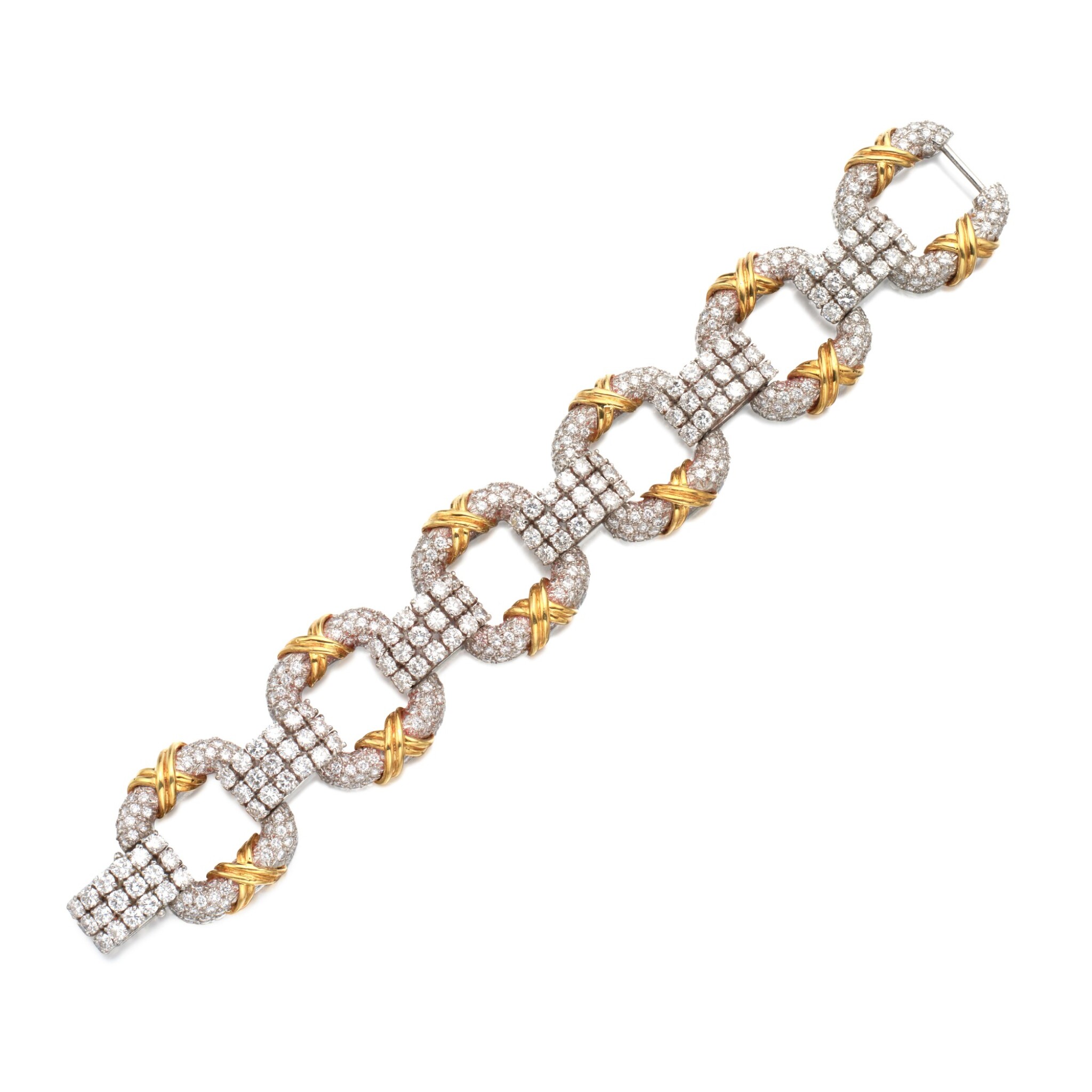 In good condition, the mounting with light wear. Stamped 18K and IRID PLAT for platinum. Signature located on the interior of the third cushion-shaped link from the male end of the foldover clasp. The diamonds, estimated to weigh a total of approximately 23.70 carats are approximately F-H color, primarily VS clarity with a few SI clarity examples. Width approximately 1 inch. Clasp closes securely; bracelet is opened by pressing down on the release buttons located on either side of the clasp.

French-born jeweler Jean Schlumberger began his career in the mid-1930s, catering to a well-heeled clientele that included the Princess de Faucigny, the Duchess of Kent and Daisy Fellowes. His reputation was already well-established when he opened his New York store in 1947. It was his collaboration with Tiffany & Co., beginning in 1956, however, that sealed his reputation as one of the great designers of the century.

Schlumberger’s whimsical creations flourished in the non-conformist spirit of the 1960s and 70s. His designs were embraced by woman who wished to wear something a tad unorthodox while remaining comfortably within the realm of good taste. He frequently took inspiration from nature, with flora and fauna figuring prominently into his more iconic works, as seen in his peridot seahorses and moonstone jellyfish, as well as the butterfly bracelet offered here (lot 429).

At other times, Schlumberger took inspiration from more non-traditional sources, as seen in his ‘Apollo’ earclips (lot 433), which are designed as atoms orbiting electrons. In time, others followed Schlumberger’s lead, but rarely in such fanciful fashion. Schlumberger’s talent for balancing joyful profusion with tasteful restraint lends his jewels a touch of levity, transforming haute joaillerie into something infinitely more fun and wearable.